Grocery delivery is booming in Berlin, thanks to corona

After years of stagnation, the capital has become an attractive market for food delivery. 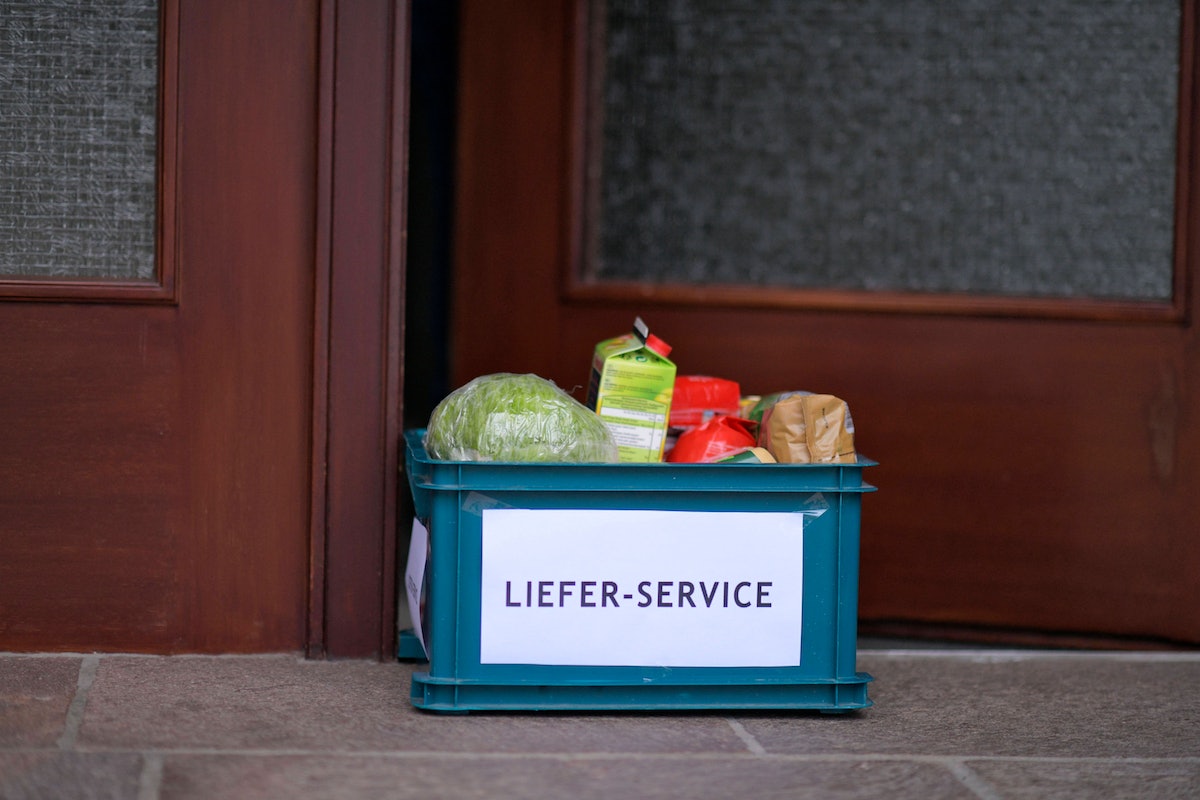 Why head to the store anymore?imago images

Berlin-Hasib Khan has spent a lot of time working on the ICE train between Hamburg and the German capital in recent weeks. He keeps returning to Berlin for "exploratory visits", he says. The 30-year-old launched his food delivery service Bringoo in Hamburg in October. Customers can use his app to order groceries and have them delivered from the closest supermarket to their doorstep. Berlin is up next. "The time is more than ripe for this kind of service," says Khan.

The grocery sector hasn't exactly been in a hurry to adopt e-commerce. While Germans have been ordering clothing online for years, most still prefer to push a shopping trolley along supermarket aisles.

Admittedly, big grocery chains have tried their hand at online shopping in the past. Kaufland started a test in Berlin with its own warehouse and fleet of vans four years ago. The retailer belongs to the Schwarz Group, which also owns Lidl and has made founder Dieter Schwarz one of the the richest men in Germany. It isn't exactly strapped for cash but it pulled the plug in 2017 after just 12 months.

Since then, the grocery delivery divisions of Rewe, Amazon and Edeka have been hoping that the upbeat forecasts that management consultants keep making will finally come true. But business remained sluggish - until the pandemic. In 2019, online purchases accounted for little more than 1 per cent of total sales in the German food retail sector: €1.7bn out of €170bn.

But last year everything changed. Social distancing and lockdowns triggered new interest in food delivery. From Amazon to supermarket chain Rewe, there is talk of "significantly increased demand" and "expansion of capacities". According to EHI, an institute in Cologne that studies the retail sector, sales in the local online grocery business between January and September were already 60 per cent higher than in the same period in 2019. So, has the sleeping giant really been awakened?

Dutch online supermarket Picnic, which has been active mainly in the German state of North Rhine-Westphalia since 2018, confirms the boom. "Since the outbreak of the corona pandemic, demand has increased by 400 per cent," says management. In order to meet the demand, the company has been hiring 50 new employees per week. It now employs more than 1,800 people and supplies more than 160,000 customers in 40 cities.

More cities will be added this year. The company won't reveal whether it has any plans to enter the Berlin market.

For Bringoo boss and founder Hasib Khan, the decision has at matter has long been decided: he will be launching in Berlin at the end of January. A team is already in place and recruitment is underway. So far, five supermarkets have signed up as partners. Food ordered via the app is bundled at stores and delivered within 45 minutes. Bringoo plans to add stores across the Berlin metropolitan area by the end of February. "We're digitising shops that have been offline until now," says Khan. That can be done relatively quickly.

Big ambitions. Khan has a proven track record as an entrepreneur. After graduating from high school in Hamburg, he returned to his home country of Afghanistan to set up a delivery service for international military bases, employing 400 people by the time he was 23. Khan then founded the first car-sharing company in the Middle East in Dubai, which even made it onto the cover of the local edition of Forbes. Now, he's focused on food. He wants to finance Bringoo - which is free for now - by charging supermarkets a commission. "Bringoo will be profitable by summer at the latest," says Khan.

For Matthias Guffler, a partner at the strategy consultancy EY Parthenon and an expert on the German e-food scene, Khan's decision to move to Berlin is exactly right. Thanks to Berliners' high level of online activity, the city's large start-up scene and the dense urban environment, Berlin is an extremely attractive market for the online food business and will therefore probably continue to develop faster than elsewhere in Germany.

A lot of money is at stake. The grocery sector in Berlin is worth about €8bn per year. If the Parthenon strategist's predictions come to fruition, the online groceries market could be worth €1bn in five years. It's no wonder so many are seeking their fortunes in the German capital.

Competition is tough. The start-up Getnow, which was founded in 2016 and delivered food for wholesaler Metro, filed for insolvency in October because a financing round fell through. A new investor has since stepped in who wants to relaunch Getnow soon.

The shooting star of food delivery, however, is Gorillas, a company founded just last spring. Gorillas operates a network of its own small warehouses across the city from which orders are delivered within 10 minutes - in line with the company's claim "Faster than you". They're moving aggressively. In December, Gorillas raised €36m from investors and recently recruited Deliveroo's Germany boss. They want to expand to another 15 German cities by the summer.

There's no question that more delivery services will follow, and the capital seems ready. The Berlin-based, DAX-listed firm Delivery Hero announced on Tuesday that it would begin supporting start-ups with venture capital. The company intends to use a dedicated €50m fund to invest in mobility solutions, logistics companies and online supermarkets.

It seems like belief in the future of the e-food business is at an all-time high. Even management consultants expect the boom to persist. In a survey by Kearney, one in two people said they would buy food online in the long term. Ten per cent plan to buy groceries online more often.

Bringoo founder Hasib Khan is convinced online grocery shopping will continue to flourish after the pandemic: "When people are able do more again, they won't want to waste their time buying butter and toilet paper."