Holidays : Hanukkah: A light in the dark

The Chabad community kicked off this year's Hanukkah celebration with the traditional lighting ceremony at the Brandenburg Gate.

Berlin - Only a small group was allowed to attend this year's lighting of Europe's biggest menorah of the Brandenburg Gate but religious and political figures still joined to mark the first day of Hannukah in a limited ceremony Thursday.

"We will defeat the pandemic," said Yehuda Teichtal, rabbi of the Chabad Jewish community in Berlin, during the 15th annual cermony. It's "especially important to shine a light in the darkness in this year of the corona pandemic," he said.

Health Minister Jens Spahn was invited to represent healthcare workers and joined Teichtal in the lighting of the first candle on the 10-metre menorah.

"It's good to see that there is light. We're reminded of our Judeo-Christian roots and that hope is possible," Spahn said. 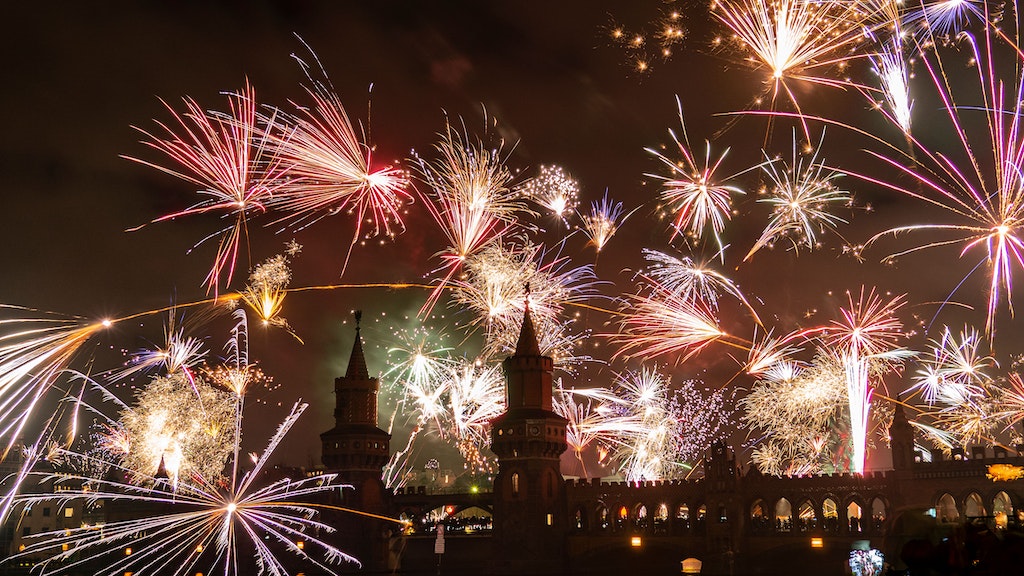 New Year 2021 Fireworks to be partially banned this NYE

Hafsa Al Ulama, the United Arab Emirates' (UAE) ambassador to Germany, is celebrating her first Hannukah in Berlin and said she was very moved by the spirit of the celebration. A new partnership between Israel and the UAE is an expression, she said, that dialogue can bring light to the dark tensions between peoples.

The event included a discussion between the UAE ambassador and Jeremy Issacharoff her Israeli counterpart.

Rabbi Teichtal also underscored the significance of the new Israeli-Arab friendship and thanked Spahn and healthcare workers for their tireless efforts: "These people [are] an example and a role model in this crisis."

Teichtal said that it was not self-evident that after the Shoah and the rule of the National Socialists, Jews could live in Berlin again today.

While the rabbi reminded participants – the event was streamed live – that Nazi troops had once marched across Pariser Platz where the ceremony was taking place, they had not succeeded in driving the Jewish people out of Germany.

Still, the rabbi called for vigilance with the recent increase in antisemitism across Europe.

Berlin mayor Michael Müller also warned of a resurgence of antisemitism and condemned demonstrators who were willing to protest the government's anti-corona measures together with rightwing extremists. And Green Party leader Robert Habeck echoed the sentiments.

The Swingin' Hermlins also played as part of the cermony. The father of band leader Andrej Hermlin is Stephan Hermlin, a German-Jewish writer who fled Germany just in time to escape persecution. Although his father preferred Bach and Beethoven, he also introduced his son to the swing he discovered in Paris after fleeing Germany.