How exactly can Berlin schools reopen?

Elementary schools and daycares may be allowed to resume in-person teaching 15 February. Here's a lowdown on what that will look like.

Berlin - A meeting between the heads of Germany's 16 states and Chancellor Angela Merkel Wednesday is expected to extend the lockdown until at least March with one exception – according to a widely reported draft proposal, daycares and elementary schools will be allowed to open starting 15 February.

The leak corresponds with work already underway by Berlin education officials to re-open schools once incidence numbers or other political decisions allow. The steps are based on recommendations presented Monday by Germany's education minister, Anja Karliczek (CDU).

Currently the only students with in-school classes are those in graduating classes, or years 10 and 12 or 13. They are allowed to have hybrid classes – which include only half of an original class with alternating schedules – if administrators and parents agree. Everyone else is in online school at home.

Still, Berlin is preparing to at least partially reopen schools when they're able, with plans focusing on free masks and rapid corona tests. 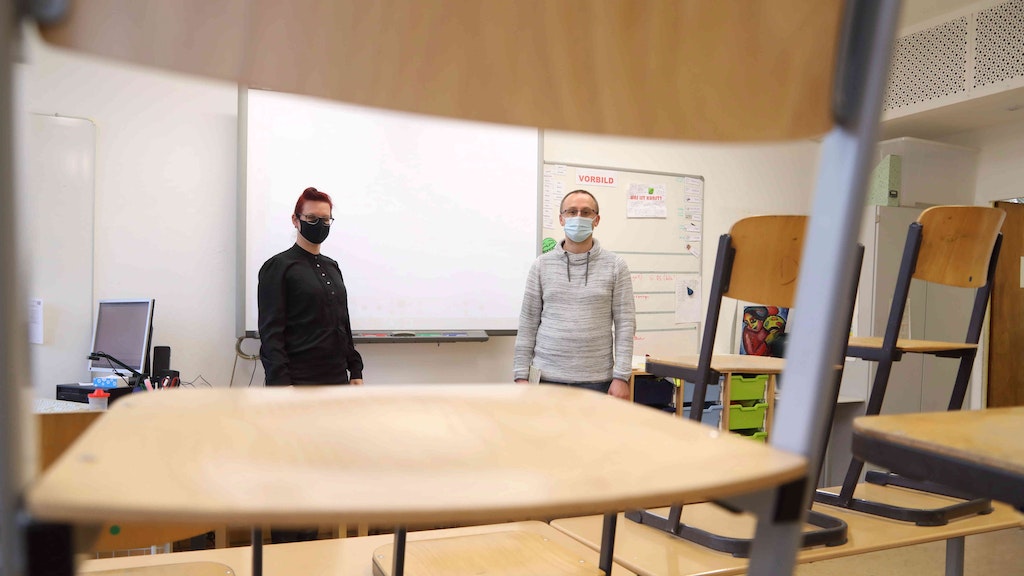 In addition to the 100,000 FFP2 and KN95 masks already distributed to school staff, politicians plan on delivering another 680,000 masks this week – 350,000 are earmarked for schools with 260,000 for daycare centres and an additional 70,000 for group homes and integration schools.

The Berlin government said in December it had already distributed 1.75 million basic medical masks for school personnel as well as 8.3 million for pupils at secondary schools.

The masks would be a good "start", said Tom Erdmann, head of Berlin's GEW teachers' union, and "just enough for the first few weeks" considering the city has 50,000 teachers.

"That amount would have to come monthly," Erdmann said. He would also like to know how many of the city's 400,000 school pupils will also be given masks. "They've been left out so far."

Testing is also expected to play a role. Offering each school blanket testing once a week was the subject of talks Tuesday, though the outcome is as-yet unknown.

Some 36 professional organisations were consulted as part of the the federal recommendations from minister Karliczek. The societies included the German Society for Child and Adolescent Psychiatry, Psychosomatics and Psychotherapy, the Society for Pediatric Infectiology, and the Society of Pediatricians and Adolescent Physicians. Teacher and parent associations were also involved.

The measures include the well-known hygiene guidelines as well as schooling issues: Dividing classes and "cohorting", which is assigning students to fixed groups that attend classes on alternating days. Elementary school classes are also to have staggered starts to reduce contact during the commute to school.

Those responsible on the ground know what to do

The government also prefers music classes without singing and wind instruments, if possible. Physical education? Outside when possible.

The guidelines also specify how to react to suspected cases and how to ventilate.

"The guidelines are not a basis for when schools in the states may reopen," Karliczek said Monday in Berlin. The recommendations are only meant as an outline of how schools can resume in-person instruction when legally possible.

"When the decision is made to reopen schools, it is necessary that those responsible on the ground know what to do. Now we can provide them with evidence-based recommendations for action supported by a broad-based group [of  experts]," the minister said.