How the Berlin Natural History Museum is tackling its colonial past

The Naturkundemuseum wants to launch a new international excavation at the site where the "Berlin dinosaurs" were found in Tanzania.

Berlin - Who are the rightful owners of the dinosaur remains in the Natural History Museum? Does the Brachiosaurus, the largest reconstructed dinosaur skeleton in the world, really belong in Berlin? After all, the fossils lay buried in the soil of what is now Tanzania for 150 million years. The local population always knew the place was full of giant bones. The German mining engineer Bernhard Sattler, who prospected for mineral resources in "Deutsch-Ostafrika" (German East Africa) during the colonial period, was by no means the first to discover the incredible Jurassic Park in the region.

By the time the most successful fossil excavations in history took place at Mount Tendaguru between 1909 and 1913, a murderous German campaign against rebellious parts of the population had emptied the land of indigenous people. The claim by the German colonial administration that the land had become "ownerless" was without evidence but that didn't stop it from putting the area under state ownership in order to secure the fossils for the German Empire.

The 225 tonnes of bones that were recovered were shipped to Berlin, where they became subject to research and were put on display. Was the real discovery performed by German scientists in the German capital? Did this process of appropriation make the natural objects from Africa legitimate German national property? Are the bones any different from the Benin Bronzes that ended up in German museums as a result of looting and purchasing of stolen goods? 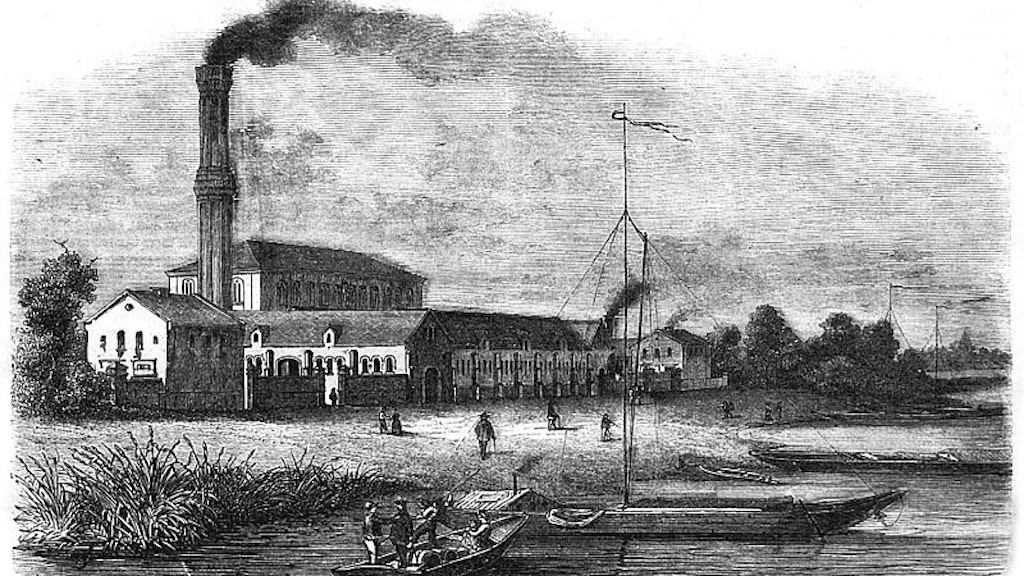 Such debates are heated, especially right now. The Humboldt Forum in the reconstructed city palace is bringing colonial-era acquisitions from the Ethnological Museum in Dahlem to the heart of the German capital. When the idea was conceived 20 years ago, it was meant as a tribute to non-European cultures, as an appreciation of artefacts such as boats from the South Pacific, masks from the Congo and spears from the Amazon. But when the spotlight of public attention fell on these "Berlin" objects, the dark histories of their acquisition could no longer remain suppressed.

The botanist Johannes Vogel already sensed the shifting mood when he became general director of the Berlin Museum of Natural History in 2012. He prepared the museum's staff for the debate on fossils as colonial goods. "It's a question of culture," he says, adding that even a natural history museum must be self-reflexive.

The first thing he did was fill three new positions with non-scientists: a historian of science, a cultural scholar and a sociologist of science. A team began to fill in the gaps in memory. "Sooner or later, organisations like ours have to deal with the dominance of Europe in order to understand the discussions," says Vogel. He is concerned with "the perspective of the many, not merely that of the authorities". The staff are now looking more openly at the origins of the objects in the museum's collections. 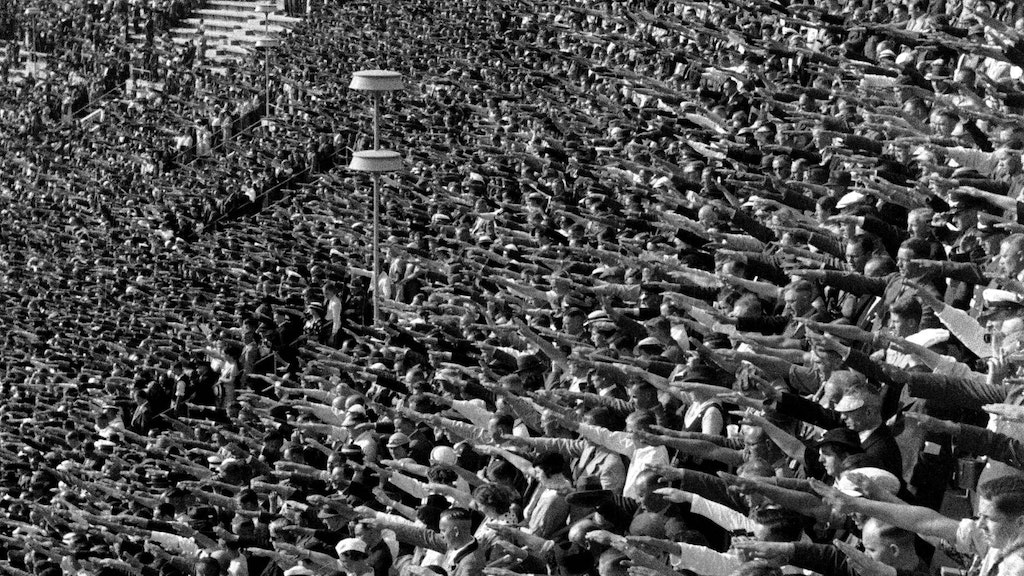 Family history Those who (don't) forget

For Vogel, it was important to explore all of the aspects of the history of the dinosaurs in the museum. By 1908, over 200 scientific papers had already been written on the finds. With the help of the Integrated Research Museum at the Leibniz Association, the book Dinosaur Fragments - on the History of the Tendaguru Expedition and its Objects 1906-2018 was published in 2018. The publication is the result of years of provenance research and a meticulous review of previous decades which investigates how the fossils' origins were handled.

In this respect, the National History Museum has become more honest about its own history and can refer to the facts better than comparable institutions involved in such debates. Vogel sees the Berlin collection as "knowledge of the world" that is open to all. The museum works together with 60 countries. Those cooperating internationally can't just look the other way, he says. In the restitution debates, he has observed "a wide spectrum ranging from deep seriousness to ignorance, between fiction and truth". He believes his museum is capable of taking a more comprehensive, nuanced approach that goes beyond simply "restitution or not?"

The way the dinosaur fossils are perceived has changed multiple times. In 1913/14, when the Tendaguru finds had already been shipped to Berlin, there was a plan to exhibit some pieces in Dar es Salaam to enhance the status of the German colony: finds from a freshly uncovered, final excavation site were to be presented at the national exhibition in Dar es Salaam planned for 1914. The plan never came to fruition, thanks to the outbreak of the First World War. After the war, the Treaty of Versailles placed the German colonies under under British and Belgian administration. A small area went to Portugal.

Former colonialists lamented the loss of their paradise. Werner Janensch, one of the leaders of the Tendaguru expedition said the bones had been "obtained in our beautiful German East Africa, currently in foreign hands". The fossils exhibited in Berlin became mementos, evidence of "German energy and German diligence", and were turned into supposed proof that German colonialism had been useful and meaningful for the general public.

The rhetoric sounded similar when - surrounded by swastika flags - the Brachiosaurus skeleton was unveiled to the public in 1937. The dinosaurs were used to refute the claim made by other powers that Germany had been incompetent as a colonial power. The designation of origin always had to be: "German East African dinosaurs".

But the Nazis didn't choose to stage a propaganda spectacle around the old bones; they were more interested in modern things like genetics. Extinction didn't convey a message for the future and for them wasn't an issue for the "German race". Moreover, the Nazis' colonial ambitions were directed primariliy towards the presumably more accessible economic "supplementary areas" in the East.

After the war, in East Germany, the fossils remained uninteresting as a national symbol, so they shed their political character. Now they were just popular objects in the exhibition. But as early as 1953, it became apparent that the colonial aspect hadn't been forgotten: geology student Friedrich Schust, a member of the ruling SED party's works group leadership at Humboldt University's Faculty of Mathematics and Natural Sciences, complained to the museum's then director Walter Gross because the metal plaques named German East Africa as the origin of the Brachiosaurus. Gross initially defended the inscription, saying that it concisely explained the origins and circumstances of the find. Eventually, however, the word "German" was removed and only the geographical designation "East Africa" remained. It was politically correct - but with no mention of the colonies, the historical context had vanished.

Tanzania asked East Germany for "one or two large bones"

Nevertheless, the fossils began to be seen as political objects when the new state of Tanzania remembered "precisely the plundering during the colonial period", as biologist Ralf Schummer of the Natural History Museum reported in 1987 after he had taken part in an international conference in Arusha, Tanzania. He brought home with him a request from the director of the Tanzanian National Museum: "Dr Masao asks in a very matter-of-fact way whether one or two large bones of the dinosaurs from Tanzania" could not be sent to Dar es Salaam to become part of a permanent exhibition.

Schummer was in favour of the idea and also suggested that a cast model of the Brachiosaurus be handed over, but East German officials were concerned about the proposal. On the one hand, they valued friendly relations, but on the other hand, they considered objects like the Tendaguru fossils to be the "rightful cultural heritage of the GDR" and feared further requests for restitution. Support for the establishment of a museum system and the training of experts in Tanzania was seen at the way out.

The Brachiosaurus in Berlin is a juvenile, not an adult. Why not find an adult specimen?

The situation isn't much different today. In 2018, the Tanzanian foreign minister officially renounced demands for restitution during a visit to Dar es Salaam by his German counterpart Heiko Maas. Johannes Vogel says they have been talking with their Tanzanian colleagues about scientific cooperation and palaeontology training for years. A number of proposals for cooperation between the Natural History Museum and the partners in Dar es Salaam - the university and the National Museum - are on the table, but corona has caused delays.

Meryem Korun, who is responsible for intercultural cooperation at the Berlin museum, says that the Tanzanian side has been listened to carefully: the cooperation will by no means be a one-way street, and Tanzania will take the lead in joint projects.

Vogel envisions great things such as new international excavations at Tendaguru. Not everything has been found there by a long shot; with modern exploration techniques, he believes there could be great surprises. For example: "The Brachiosaurus in Berlin is a young animal, not fully grown. Why not find an adult specimen?" That would then stay in Tanzania.

In the Berlin exhibition, meanwhile, newly worded texts refer to the achievements of the African excavators and preparators. Several panels inform visitors about the colonial circumstances of the excavations.

However, one official state act is an unpleasant reminder of the incorporation of Tendaguru as German imperial land: in May 2011, upon the initiative of Berlin's cultural department, the Natural History Museum had the Brachiosaurus skeleton entered in the register of national cultural assets, i.e. secured it for Germany. At that time, the State Secretary for Culture under Mayor Klaus Wowereit was André Schmitz. Both men are members of the SPD. The Cultural Protection Act, on the books since 2016, declares the fossils to be "part of Germany's cultural heritage". A return of the dinosaur to Tanzania is thus practically ruled out.

There are occasional calls for its return in the Tanzanian press though the country's government has so far stuck to its 2018 statement. Johannes Vogel's vision of shared science and a jointly excavated dinosaur is not hopeless. Tanzania would then have the largest such dinosaur in the world. 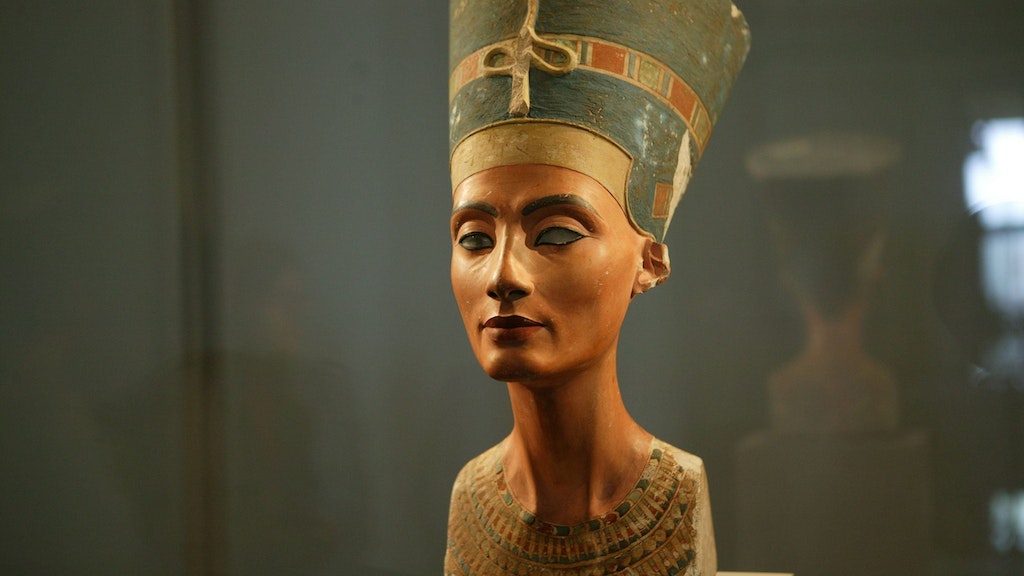 Ancient art Nefertiti: Will the iconic Berlin resident ever make it home?