How about a Landshut museum and memorial at Tempelhof?

A 737 hijacked in 1977 is supposed to become a memorial to the key event of the German Autumn. But the government has been dragging its feet. 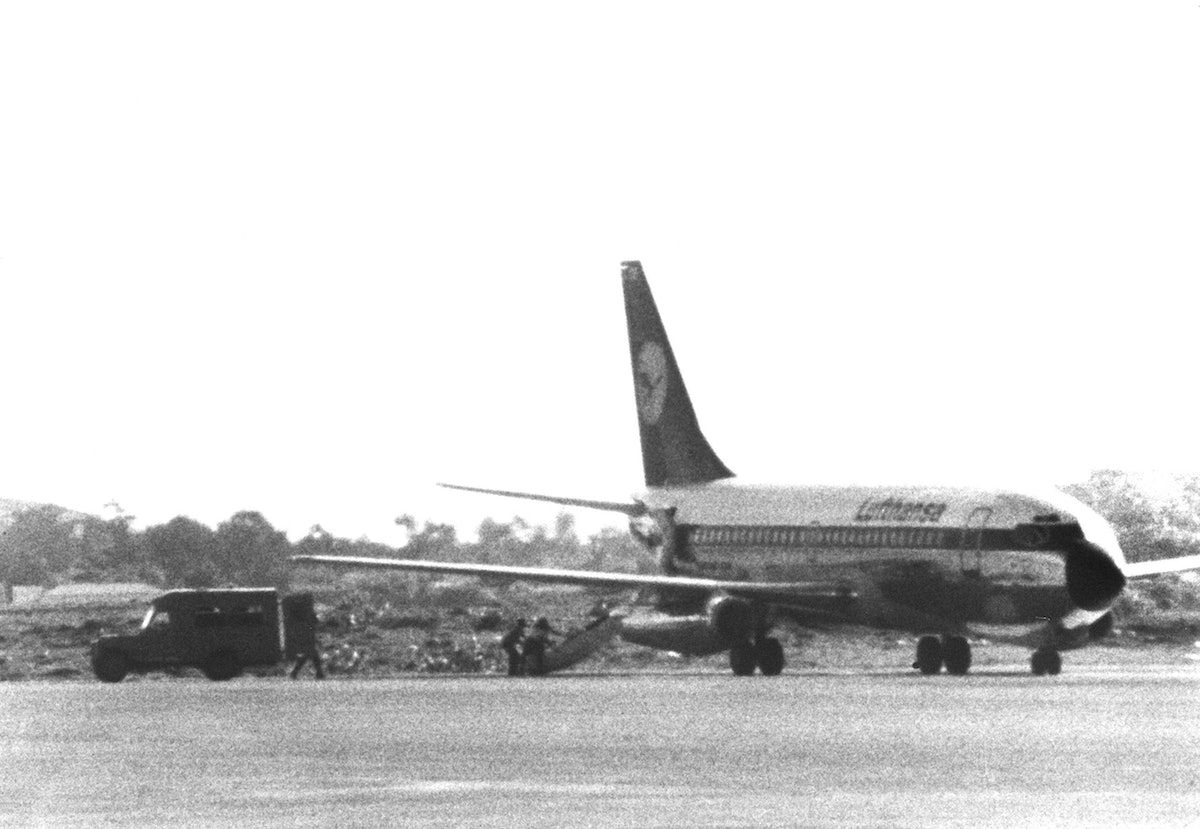 The Landshut in Mogadishu, where hostages would eventually be freed.dpa/picture-allianz

Berlin-The plane is arguably one of the most famous in German history and a symbol of the government's fight against terror – the Landshut. The Lufthansa Boeing 737 and its 91 passengers were hijacked by Palestinian terrorists in October 1977 in an attempt to free members of Germany's infamous left-wing terror organisation, the Rote Armee Fraktion, or RAF.

The hijackers had the plane flown to several locations over five days. Capain Jürgen Schumann was shot and killed before the GSG 9, a specialist police unit, stormed the plane in Mogadishu, Somalia, and freed the hostages. For three years, Germany has been planning to transform the wreck of the Landshut into a museum and memorial to commemorate the events of 43 years ago.

But little has happened other than an intense debate about where the plane should puts its wheels down for good. Now it might land in Tempelhof.

"The German government is currently examining various locations where a Landshut exhibition could be realized in the long term," says a spokesperson for politician Monika Grütters (CDU). Grütters is a top official in the government's culture ministry.

Former flight attendant and hostage Gabriele von Lutzau in front of the Landshut in Friedrichshafen.imago images/Eibner

A pre-requisite for any site is its connection to the plane and its fate as well as a readiness on the part of the site owner to host the museum. Berlin's former downtown airport is not "a solution that can be realized in the near future" but is under consideration anyway.

Tempelhofer Projekt GmbH is in charge of Tempelhof and managing director Jutta Heim-Wenzler said the government's development plan already calls for museums in the once-bustling hangars. The Allied Museum in Zehlendorf will relocate to Hangar 7 after 2026 and a branch of the German Technology Museum will be in Hangar 6.

"From our point of view, there is nothing standing in the way of the Landshut in one of these museums," Heim-Wenzler says. "However, it is up to the respective operators to decide."

Tempelhof's prospects for the Landshut shortlist brightened after the culture ministry was criticised for considering the Museum of Military History at the former aiport in Gatow near Berlin. The defense ministry took up the investigation and, the Berliner Zeitung has learned, has already decided against hosting the Landshut, both to avoid controversy as well as the €10m estimate for moving the plane and creating a museum around it.

The Landshut in a hangar in Friedrichshafen.dpa

"What does a military museum have to do with our history? The Bundeswehr did not liberate us. That was the elite GSG9 police unit," Gabriele von Lutzau says. Von Lutzau was a flight attendant aboard the plane and became known as the "Angel of Mogadishu" because of her resistance to the hostage-takers. She was awarded a German Merit Cross from the government.

"The way the German government has dealt with this topic shows that the victims of the terror from that period are not properly appreciated in Germany," von Lutzau says.

She was one of the signatories of a letter sent to defence minister Annegret Kramp-Karrenbauer (CDU) opposing a museum at the air force museum in Gatow. The minister agrees, according to Der Spiegel.

Von Lutzau has been closely following the fate of the Landshut since it was discovered discovered in 2017 by historian Martin Rupps in Brazil, where it was still in service as a transport plane. Foreign Minister Sigmar Gabriel (SPD) then assisted in having the plane dismantled and flown to Friedrichshafen in the belly of a Russian Antonov 124 freighter.

The plane was to be restored in the Dornier museum there with the help of the German government. It would then be used as a memorial and exhibition site to commemorate the RAF terror. The ruling coalition of the conservative CDU and centre-left SPD even put the project in writing in their coalition agreement.

"And what happened?" says von Lutzau. "Nothing!"

The latest drama began when experts near Grütters started looking for a new location "because there's nothing ensuring the Dornier Museum will exist beyond 2025," a spokesperson says. And the search has proven to be very difficult.

"Instead of showing the aircraft to the public, it is now stored in a hangar in Friedrichshafen," von Lutzau says. The search and debates only show that the federal government has no real interest in a memorial site: "All this back and forth is simply unworthy of the former hostages."

A memorial for victims of RAF terror

Von Lutzau was hit in the leg and injured by shrapnel from a grenade the terrorists threw into the cabin."I was 23 at the time, and all of us, whether crew members or passengers, were faced with the possibility of death," she says.

"Not all of the survivors had the strength to process what happened without damage. I know of broken marriages. Others drank themselves to death," she says. "There was no such thing as compensation or psychological support from the state back then. One woman, who had a pistol put to her head by the terrorists  to extort kerosene for the onward flight, later got heavily into debt because she had to pay the costs of therapy herself."

"Apart from a few special shows, there has never been anything like this in Germany before," says Paula Lutum-Lenger, director of the House of History Baden-Württemberg museum and chairwoman of the Landshut advisory board, providing guidance to the government on the Landshut exhibition.

She says the surviving hostages, other RAF victims and their relatives and descendants need a place "that shows them that we are not forgetting your history". Despite the long search for a location: "The government has to quickly set an example," Lutum-Lenger says.

The original German article about the fate of the Landshut was adapted for the English Edition by Andrew Bulkeley.