Inclusion for disabled people has "gone backwards during corona"

The disadvantages faced by disabled people have only intensified during the pandemic. Many feel their voices are not being heard. 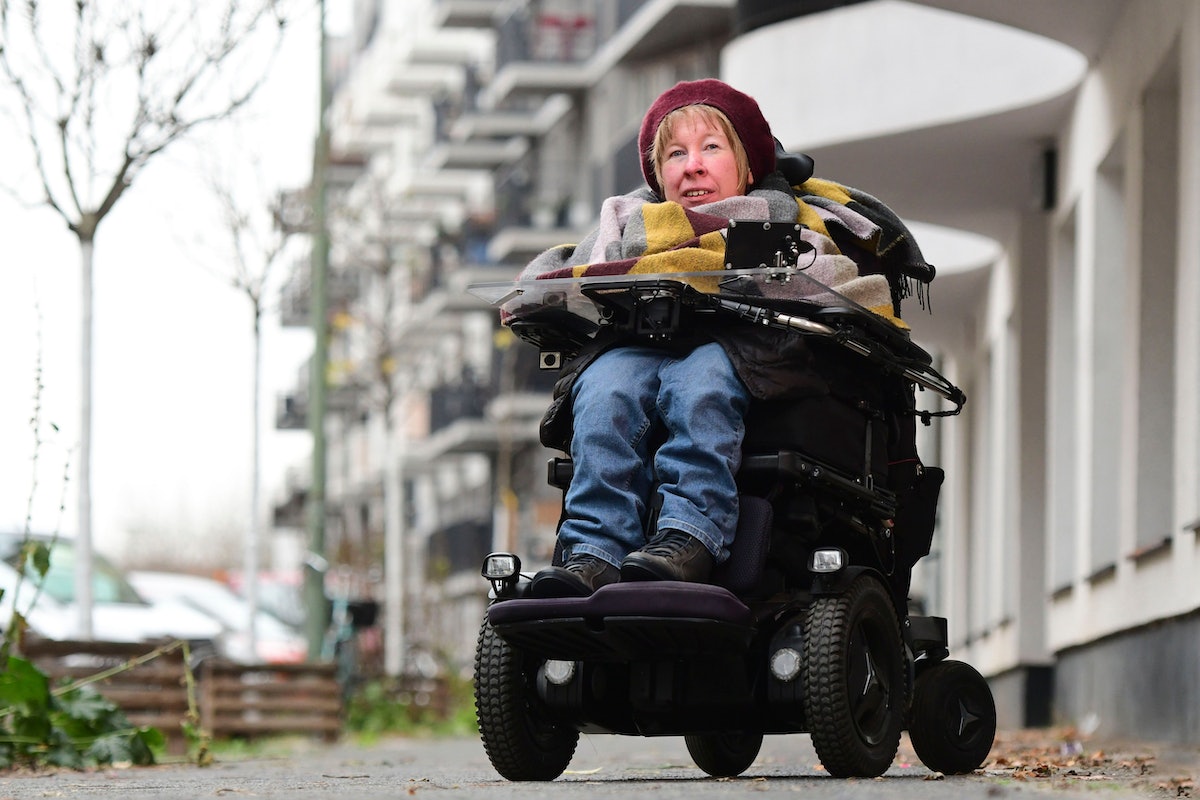 Anne Gersdorff, who works for a Berlin organisation pushing for more inclusion for disabled people, says corona has only made things worse.Volkmar Otto

Berlin-Anne Gersdorff normally lives a pretty inclusive life. She goes to concerts and the cinema often and loves to travel. But now, during the corona crisis, she feels forgotten, invisible - as do countless other people with disabilities. She says she is at even more of a disadvantage now than in the past: "Inclusion has gone backwards during the pandemic."

On a winter day, Anne, 35, sits in her wheelchair wrapped up in a scarf and woolen hat. Our meeting was only possible if it took place outside - she is one of those most at risk from corona. "Corona is an extreme danger for many disabled people, and that often gets forgotten," she says.

Most media reports talk just about the risks to elderly people: "But this also affects me and other people with disabilities." Her assistants, who care for her and make it possible for her to lead a self-determined life, had no access to rapid corona tests, for example. They also missed out on a corona pay supplement. "The situation for disabled people and care staff just isn't being taken into account."

Anne is currently working from home in her capacity as a consultant at Sozialhelden ("Social Heroes"), an organisation lobbying for more inclusion and accessibility. As part of her role, she supports individuals and companies to make their workplaces more inclusive.

"I have my own flat, permanent staff who look after me, and a job - I'm lucky," she says. But she adds that things are different for those who live in residential care homes and work in workshops for the disabled. Many of these workshops are now closed, and there often aren't enough staff in the care homes to keep all the residents active. "They lack a firm routine. Often they can't cope very well with changes," Anne says.

Care home residents often don't understand why they've had few visits, if any at all, during the pandemic, says Barbara Eschen, director of Diakonisches Werk Berlin-Brandenburg, an association representing those in the care sector. That puts a strain on people, she says: "We are very concerned that too little attention is being paid to the psychological effects of the pandemic." During the pandemic, disabled people  have experienced daily how their self-determination and participation in day-to-day life has been significantly restricted. Despite the complicated situation, more efforts are needed on the issue of inclusion, Eschen says.

Disabled people should have the opportunity to work anywhere other people can, not just in the specialised workshops. That's something Anne Gersdorff wants to see realised - but it seems a long way off at the moment.

The current situation facing disabled people also troubles Ulrika Haase from the Berlin Network for Disabled Women. She echoes Anne's calls that people with disabilities deserve more consideration during the pandemic and in daily life.

Discussions about triage are "terrifying"

During the pandemic, Ulrika is getting more and more calls from women who feel lonely and discriminated against. "Many find the decisions being made during the pandemic alarming," she says. For many, the prospect of triage is particularly frightening: people fear that doctors might be forced to choose which lives are worth saving, and which aren't. "That's particularly terrifying for many disabled people, myself included," she says.

It's not just adults with disabilities, but also children who are severely disadvantaged during the pandemic. In September and October, the Teachers' Association for Education (VBE) surveyed 2,127 teachers throughout Germany on the subject of inclusion. 74 per cent of those surveyed agree with the statement that corona-related restrictions have been harmful for inclusion.

Andrea Häfele can only confirm the story told by the figures. The mother of a 14-year-old son with Down's Syndrome, she works for Eltern beraten Eltern ("Parents advise parents"), a Berlin organisation supporting parents of disabled children. Even before the pandemic, Häfele says inclusion was only making slow progress - there were too few specialist staff, no nurses, too little financing.

Now, there are disabled children belonging to high-risk groups who haven't been in school since March, she says. The consequences are depressing: "The children feel forgotten." And families also aren't given much consideration. Many parents feel their voices haven't been heard and are worried about the future. Among them, for example, are parents who work freelance and are fighting for their children to be taught in some form so that they can in turn pursue their own profession.

Häkele says another important thing to remember is: "Children need children." Her own son has been able to carry on attending his special school - but generally, the situation is very different. "Inclusion has been progressing far too slowly for years. The pandemic is only slowing that process down even more - that is what worries us parents."

This article was adapted from the original German for the Berliner Zeitung English Edition by Elizabeth Rushton.