The winners will already be decided before audiences get to see the films. Very little dramatic tension for what has always been a public event.

No festival atmosphere. No glitz. No glamour. No gala premieres that are open to anyone that can get a ticket. And also: No applause. No cheers. No boos. And no whispering in the Berlinale Palast. No animated discussions about which film is worthy of winning the Bear. No film that everyone suddenly has to talk about. Because there is nowhere for that to happen - not spontaneously in front of movie theatres, not in a bar as the sun goes down, at one of the wild Berlinale parties or in front of a food truck on Voßstraße.

The Berlinale adrenaline, that elusive festival elixir made up of so many ingredients, is nowhere to be found this year, and that doesn't just apply to the March part of the festival starting today. The adrenaline will probably also be absent from the Summer Special, which - hopefully - will take place in Berlin from 9 to 20 June. 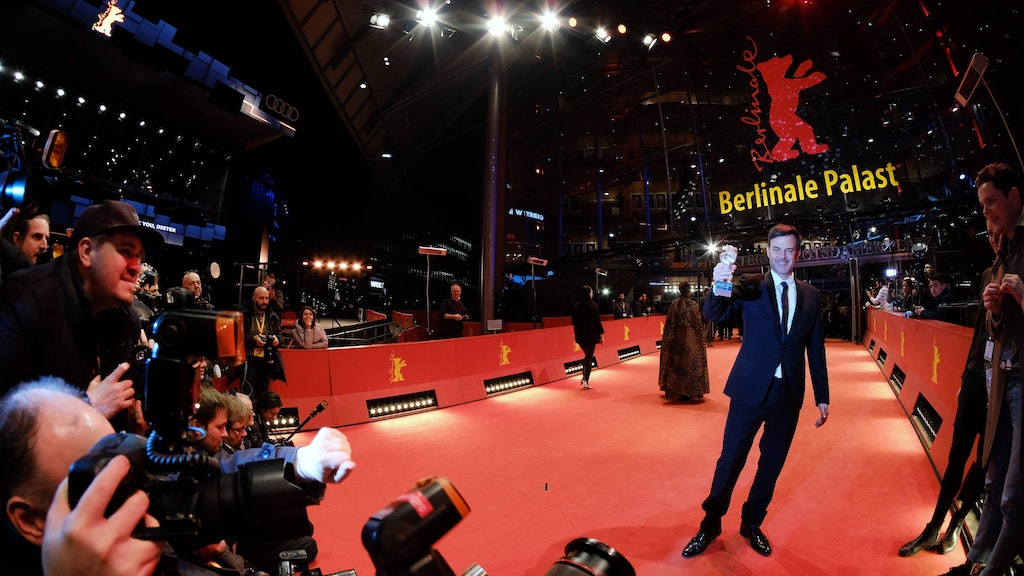 Corona & culture The 2021 Berlinale is moving to March - and online

The festival stands against a backdrop of an explosion in streaming services and shuttered cinemas, many of which are questioning their futures. Three hundred theatres throughout Germany lit up their marquees Sunday in solidarity - and to send a signal to politicians.

Christian Bräuer, head of the Yorck chain of cinemas and board member of theatre association AG Kino, and director Christian Schwochow, whose film Je suis Karl will premiere at the Berlinale, spoke in front of Kino International Sunday as part of the protest.

"Include us in the step-by-step plans," Bräuer said as chancellor Angela Merkel and the heads of Germany's 16 states prepare to meet Wednesday to consider reopening the economy. "I hope that culture can open before bars and restaurants."

Bräuer can't imagine subjecting moviegoes to quick tests, because it would make "culture a luxury good" though he can imagine an app that confirms if someone has been vaccinated.

A screenwriter would be ashamed to turn in a script so lacking in tension.

But could this Berlinale be a sign of the new beginning of cinema? Above anything, the Berlinale is a festival for the business of film. Its heart is the European Film Market (EFM), where films are bought and sold. And visitor and registrant numbers haven't been affected by corona. A positive sign. The market obviously believes in the future.

A few people will actually get to attend the Berlinale this March. The juries of the individual sections and a few hundred journalists will be allowed to watch the festival's films from 1 to 5 March and on Friday we'll find out who won the 2021 Golden Bear as well as the festival's other prizes. And this year, for the first time, the Berlinale will award a gender-neutral Silver Bear for the best acting. Previously one each had gone to best actor and actress.

The festival's traditional audience outside jurors and journalists won't be able to see the films until four months later at the earliest - and they'll already know who won. The suspense is gone. A screenwriter would be ashamed to turn in a script so lacking in tension. But the Golden Bear isn't just a prize, it's also professional cred for a film and helps it attract other festivals, buyers and ultimately moviegoers. Berlinale artistic director Carlo Chatrian didn't want to delay presentation of the laurels until June - leading to the current compromise that divides the festival in two. He never tires of saying this is not an optimal Berlinale, but the best-possible one in a sub-optimal year.

Not everyone is happy with this choice because it means that while the juries will get to see the Competition films in theatres, journalists will only get to watch on their laptops. But films are made for the big screen, and two German films were unwilling to stomach the sacrifice. Fabian or Going to the Dogs and Next Door, two Berlin films, opted out.

They were shown to a handful of critics under strict hygiene regulations last week in cinemas in Berlin, Munich and Hamburg. The viewings should be seen as an act of protest and a paean to the big screen. And the screenings - after nearly three months closed down cinemas - made it clear that films are made for the theatre and it's the only place they can really shine.