Katja Kipping: "I don't have to like the SPD's candidate for chancellor"

The Linke party leader talks Olaf Scholz and the Greens. She believes the party’s foreign policy platform won’t be an obstacle to a centre-left coalition. 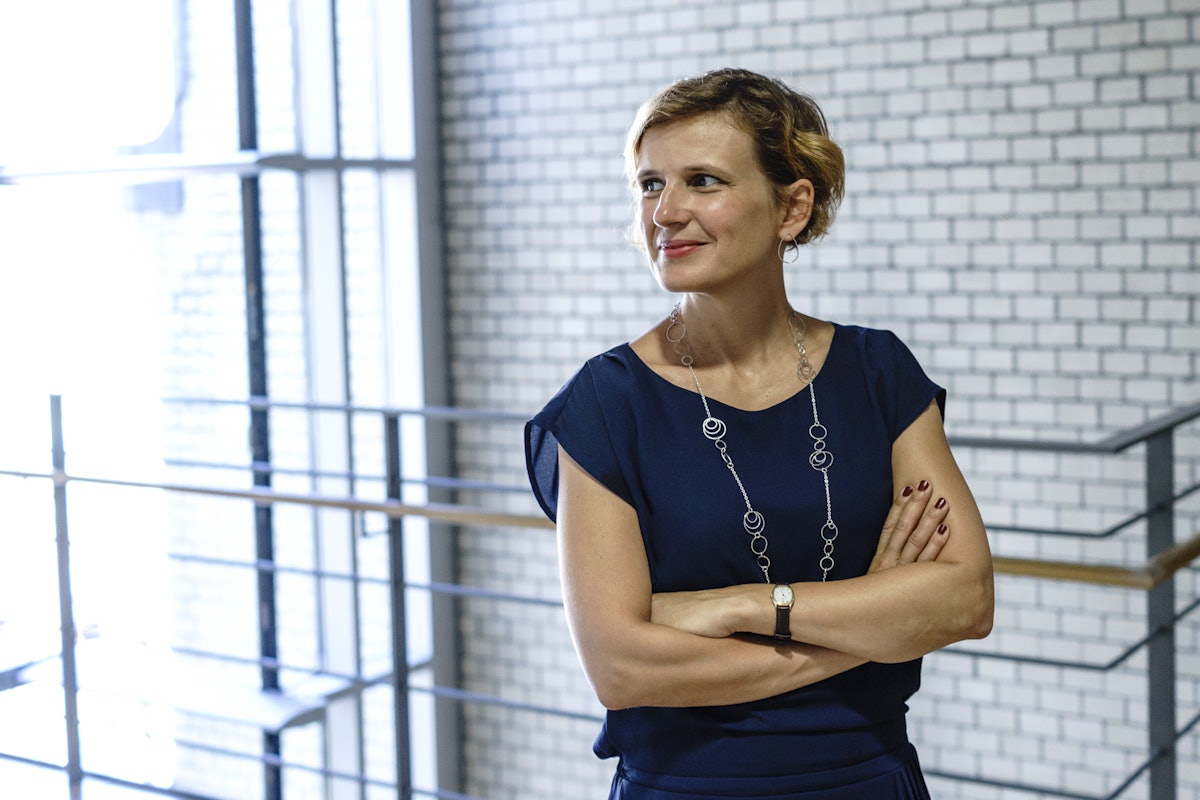 Berlin-Germany’s left-wing Die Linke party is keen on sharing power on the national level. Yet polls suggest that a centre-left coalition with the SPD and Greens is far from likely as other key issues are dividing the party. Linke politicians are ready to compromise to make their possible participation in government after the 2021 Bundestag elections more palatable, others reject each and every concession, especially when it comes to foreign policy. Still, party leader Katja Kipping believes there is a good chance Die Linke will have a place at the cabinet table next year.

Berliner Zeitung: Ms Kipping, SPD leaders Norbert Walter-Borjans and Saskia Esken made clear on the weekend that they will push for a coalition with Die Linke and the Greens following next year’s Bundestag elections. How deep are the differences between the three parties that need to be overcome?

Katja Kipping: In the past, the SPD and Linke expended a lot of energy saying what bothered them about each another. Now is the time to focus on what changes we can create together. We could make sure that the costs of the corona crisis aren’t carried by working people by asking millionaires to contribute more. We can ensure that everyone is protected from poverty. And we could latch onto an important social democratic tradition from Willy Brandt – we’re approaching the 50th anniversary of the [West German] treaties with Eastern Europe – and begin to take disarmament seriously instead of growing the military and wasting money on 45 fighter planes like the CDU defence minister.

With that in mind, how should we interpret the fact that Finance Minister Olaf Scholz, not exactly considered a left-winger in the SPD, was selected as the party’s candidate for chancellor.

The lead candidate doesn’t have to win me over. I don’t vote SPD. Rather, he has to attract potential voters to the SPD. Who they find most suited for the job, that’s an internal, democratic decision to be made within the SPD and not one that I can make as Linke party leader. At the end of the day, the content of the SPD’s programme is what matters. If there’s a chance to go at it together to reduce poverty, to provide a better future with a policy of peace and climate protection, then we’ll take that with us in our campaign.

It’s not at all certain that the SPD would be the strongest force in a red-red-green government. Would you be equally supportive of a Green chancellor?

Best of all would be that Die Linke would catch up so that we’d end up in a neck-and-neck race.  But we need to grow a bit. Die Linke has the potential for a good two-digit result.

How is your relationship to the Greens? There are foreign policy differences. Members of your party have called the Greens “warmongers and Russia-haters". And the Greens are keeping all coalition options open.

Like all other forces to the left of the CDU, the Greens are facing a historic challenge. The CDU blocks everything that we need: climate protection, social security for all, and a policy of détente. Since we only have a couple of years left to slow down global warming, I say to the Greens: You know very well that together with the CDU you won’t get any significant climate policies through. Not to speak of making a real socio-ecological transformation happen. Our world can’t afford to lose another four years when it comes to protecting the climate.

What are your foreign policy red lines? Gregor Gysi has underscored the importance of compromise. Sevim Dagdelen sees it differently.

So that we all have a future on this planet, we need climate protection and a policy of peace and disarmament. That’s what we stand for. We can argue about possible no-gos in coalition talks.

Not everyone in Die Linke stands behind the idea of a red-red-green government coalition. Your colleagues in Hesse wrote in a position paper: “Instead of hoping for red-red-green and government participation in a neoliberal system, we should form alliances.” How can the sceptics be won over?

The rent cap in Berlin was the result of aggressive campaigns organised by renters, such as the “Expropriate Deutsche Wohnen and Co.” initiative. But you also needed the Linke in the state government to implement it. That’s an example of how both are required to gets things done: those who are prepared to assume responsibility in ministries and those who work within movements to create the necessary pressure to create a socio-ecological transformation. It won’t be easy, but we owe it to the people in this country that we overcome social divisions and spare working people and the poor from having to shoulder the costs of the crisis. If the CDU continues to govern, that’s exactly what will happen.

Does the paper by the Hesse branch of Die Linke suggest an east-west division within the party?

One of the improvements of recent years was that Die Linke, which was once a tacking together of the PDS in the east and a left-wing social democratic splinter group in the west, has grown into its own, distinct, modern, socialist party which has become a nationwide force. This became clear with the fact that in Bremen we're part of a western state government for the first time. We’ve overcome what you’re describing. We’re a force to reckon with across the country.

There are still people in high up positions in the party who trigger controversy and who could make life difficult for a centre-left alliance. The deputy leader of your parliamentary group, Andrej Hunko, for example, posed in photos with Ukrainian separatists and spoke at a demonstration of corona sceptics. Die Linke often give the impression of double standards when it comes to criticism of other countries. Aren’t you afraid of scaring off potential coalition partners?

If you’ve endured being in government with the CDU, then you’ll be able to handle a certain liveliness among Die Linke. For us, one thing is for sure: We oppose all human rights abuses, no matter who commits them. It is unacceptable, for example, that the government turns a blind eye to human rights abuses in Saudi Arabia or that Die Linke closes its eyes to what’s going on in China. There can be no double standards. I’d like to make this clear to everyone in Die Linke, but also to the German government.

Reformers in your party recently published a paper titled “For a social, ecological and digital society – Die Linke must decide”. In the report, they wrote that “the party is divided in significant places”. Do you share this view?

I don’t agree with every sentence in the paper, but I was happy about this contribution to the discussion because it highlights issues that are important to me as party leader. For example, that we should pay more attention to future issues such as digitalisation. It stresses that we should also think about the social security of the solo self-employed, something for which I’ve been fighting for years. What’s interesting about the paper is that the pro-reform camp is growing. But of course, there’s still plenty to discuss.

Critical party colleagues point out that Die Linke’s poll numbers are stagnant. We’re a long way away from a red-red-green majority. How do you want to grow your support?

Right now, it’s going up again slowly. And as the prospect of a systemic socio-ecological transformation becomes more credible, the stronger the dynamic in society becomes. I’m pushing for a combative, solutions-oriented Linke that is engaged in social movements and at the same time ready to implement progressive social policies in government.