Liebig34 : Eviction from Friedrichshain squat followed by rioting in Mitte

Police took around 4 hours to remove almost 60 residents of the anarcho-queer-feminist housing project. Protests got violent on Friday night.

Berlin - All 60 residents of Friedrichshain's Liebig34 squat left the building after a police operation on Friday morning. The eviction began at around 7.15am, when officers entered the property via a ladder. The police spokesperson confirmed they were expecting the mission to take several hours – and reported at 11am that the building had been emptied.

The morning lacked the violent altercations between police and activists that had been feared.

However, hundreds of Liebig34 supporters marched and rioted through Mitte late Friday night, clashing with police and smashing shop windows around Hackescher Markt.

The day itself was preceded by mounting tensions as police installed roadblocks and no-stopping zones as well as residents who vowed not to leave the building of their own accord. Supporters had held demonstrations which saw neighbourhood cars torched and police pelted with bottles and stones.

The first residents – most of them women, but also trans and intersex people – were led out of the building at around 8am, and each one of them was applauded by demonstrators and activists who had turned up to support them. Officers then registered their identities, with some facing preliminary proceedings for resisting an officer. Police said the eviction had been conducted in an orderly manner and the outdoor protests had been more peaceful than expected.

Activists opposed to the eviction set up their own stations (or "manifestations") at many of the police barriers on the streets around Liebig34. In Rigaer Straße, they called out rallying messages to the assembled crowds and words of encouragement to the building's residents, just metres away on the other side of the police line.

Their main message was one of anti-capitalism, condemning Berlin's city government for showing preference to property owners over residents: "In capitalism, flats aren't there for you to have a nice place to live, they're there for landlords to extort you and make a profit from you," one of them said over the microphone.

The building's alleged owner, Gijora Padovicz, was called out by name, with activists vowing: "Somehow, at some point, we will dispossess you." Others said they predicted Padowicz would now convert the building into flats, and that these would be rented out for a high price tag – leading to further gentrification of the neighbourhood.

Members of the 'Liebig34 bleibt' campaign shared footage on Twitter purporting to show police officers posing for pictures in the house's central garden midway through the eviction.

After all residents had left the building, a bailiff dressed in police gear went through the house to document any damage for the purposes of possible civil claims from the building’s owner. A quantity surveyor also inspected the building, and declared it safe. A police spokesperson said officers would remain on the scene until the owner could regain the building without interference.

Officers had to enter the property through an upstairs window after the front door was blocked. Police spokesperson Thilo Cablitz said: “The residents had set up objects around the house that looked as if they might be dangerous.” He named wires arranged to look like an explosive device as an example. “Because of that, we had to take more time – but these items were not dangerous.”

Other obstructions inside included concrete barriers on the stairs and barricaded doorways. Officers told the Berliner Zeitung they had had to find “alternative ways” to move through the building – including coming through the roof. They used picks, hatchets and power cutters to break through the obstacles they faced on their way. According to the police, only two residents resisted their removal from the house.

The battle for Liebig34 has raged since 2018, when Padovicz decided not to renew the community’s lease when it expired at the end of that year – it had been valid for 10 years. When the project’s members refused to leave, he filed and won a lawsuit to force them out.

Today’s police operation came about as a result of the residents’ continued defiance of subsequent instructions from bailiffs to vacate the property. Their lawyer said the eviction was illegal, and questioned the police presence of hundreds for an operation that was predicted to involve just 40 residents.

The Liebig34 community, founded in 1999, was one of the last examples of a once-proud tradition in eastern areas of Berlin like Friedrichshain following the fall of the Berlin Wall and German reunification. Students, artists and young left-wingers created new, experimental living arrangements in keeping with the city's newfound free-spirited feel. But squat communities have been on the wane in recent years, and there are now few of them left.

Left-wing activists tried to block Frankfurter Allee at Frankfurter Tor, but this was stopped by police, unlike in the case of the former Liebig14 project, which was dissolved by police in 2011. In front of the Heinrich Hertz Gymnasium on Rigaer Straße, masked activists torched furniture that had been left on the street. Police spokesperson Cablitz said there had been around 1,500 demonstrators at the barriers.

The eviction also brought disruption to local schoolchildren, with the Justus von Liebig primary school on Liebigstraße as well as the day care center “Rock’n’Roll Zwerge” on Rigaer Straße both closed. In the primary school on Pettenkofer Straße, at the other end of the neighborhood, parents were given the choice whether or not to bring their children to school past the police barriers. 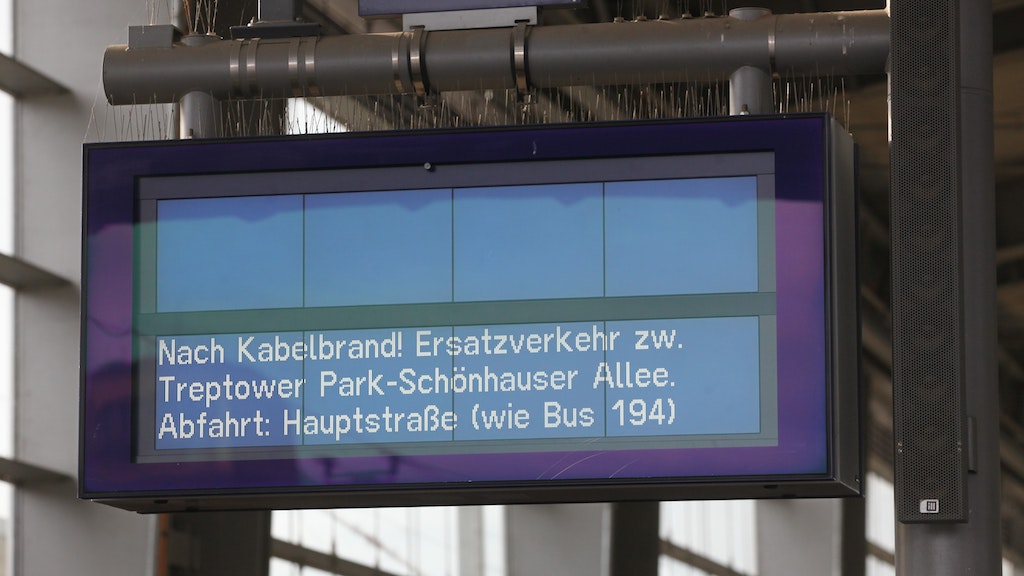 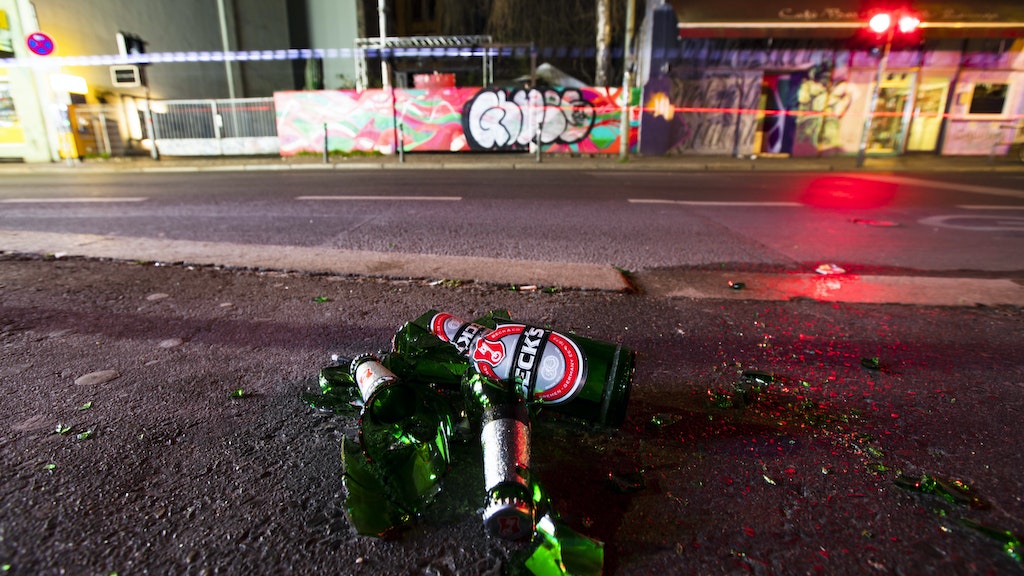 Even as rumours trickled through that residents were leaving the house, their supporters vowed to continue their mission. "To our neighbours here in Friedrichshain, we urge you to join our side," one of the activists called over the microphone. "Today it's Liebig34, but tomorrow it could be you. This is a fight we will be continuing, because the way this city has sold itself out will affect normal people too."

Another activist at the Rigaer Straße manifestation (who asked not to be named) told the Berliner Zeitung: "It's sad to see what's happening today - 40 people are being made homeless in the middle of a pandemic. This happens far too much in Berlin now anyway, but this eviction is really destroying an important part of the city's history. The building will just be redeveloped at great cost and this neighbourhood will lose a big part of its character."

"On the other hand, we have to keep going to stop this happening elsewhere. Vacant buildings are being occupied elsewhere, so we shouldn't give up hope for this movement."

Besides the activists present at each of the police roadblocks, local residents came by to add their support – or just to watch events unfold. Some even brought their young children and babies along with them – and Kreuzberg's Freie Schule had encouraged staff and pupils to attend Friday morning's demonstrations.

Maja, 29, had planned to pass through one of the streets blocked off to cars and pedestrians to meet a friend for lunch - she had to take a different route via Frankfurter Allee. "I knew it was happening today but I was surprised it's carried on so long and the streets are still blocked," she said. She added that she thought the eviction was "a shame": "Their community is part of what makes this area unique, so I think things will feel really different without them," she concluded.

Not everyone was impressed with the morning's scenes, however. Paul, 63, was out walking his dog in nearby Proskauer Straße as activists and onlookers gradually moved away from the Rigaer Straße roadblock. "They're taking the piss," he said of the squatters. "I don't know why they think they have the right to just occupy a building. It's not fair on the rest of us who are honest taxpayers."

He added of the supporters outside: "I can't be doing with extremists in this neighbourhood. The police have more important things to be dealing with than this."

15:00 we are so thankful for all the support in the streets. Tonight 9pm we are continuing with the day x demo at monbijouplatz. You can take our house but our passion you will never get! #b0910 #liebig34lebt #liebig34kämpft