Athena Lam on why there’s still work to be done when it comes to making workplaces more LGBTQ-friendly. 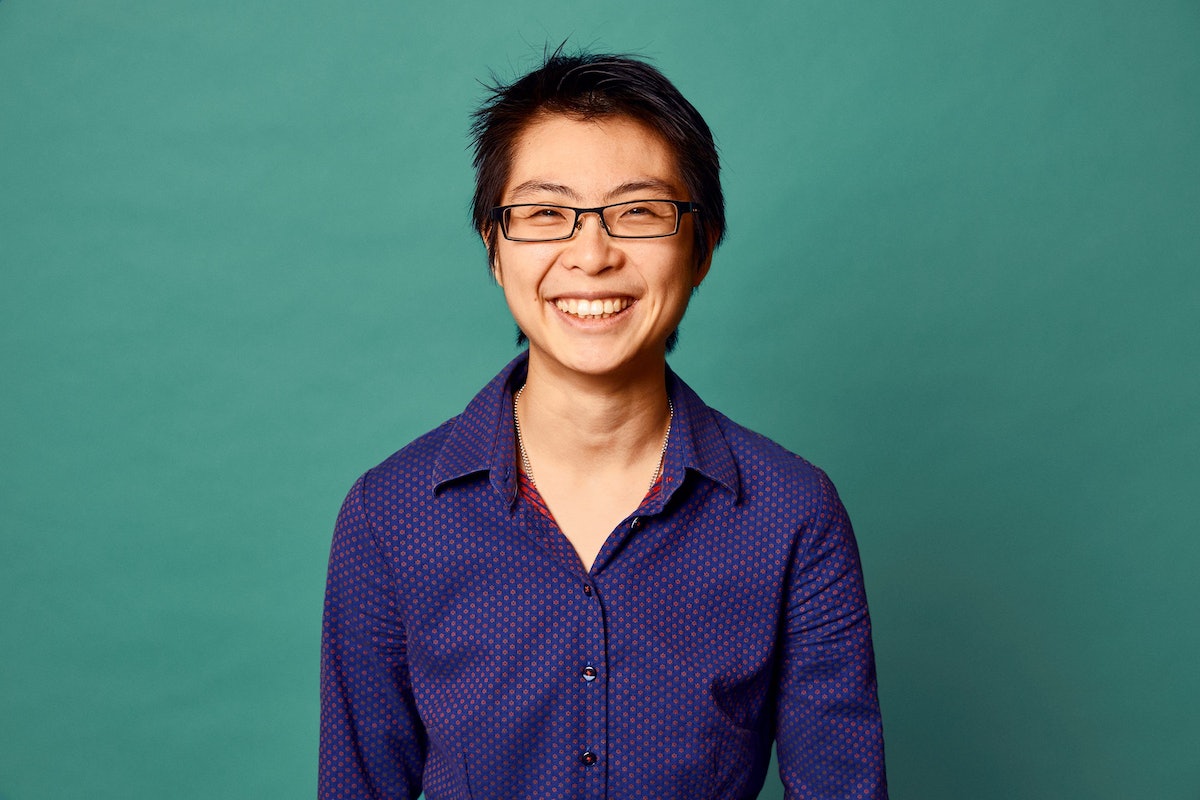 Berlin-Athena Lam, who’s originally from Canada, spent many years at Hong Kong tech firms before moving to Berlin. Lam is an “ambassador” for AsiaBerlin, a network forging ties between start-ups in Berlin and the Asia-Pacific region. Last Wednesday, for Pride Month, Lam organised a panel on issues facing queer people in tech in Berlin and beyond.

How did you get involved in organising a discussion on LGBTQ people in tech?

I’m an AsiaBerlin Ambassador. AsiaBerlin wanted to feature this aspect of the city when they were thinking about their partner cities in the Asia-Pacific. Most countries in the Asia-Pacific do not have same-sex marriage and a number of them criminalise same-sex sex and do not have any protections for trans individuals. The initiator of AsiaBerlin in the Senatsverwaltung, Reiner Seider, approached me as an out Ambassador at AsiaBerlin and proposed putting a spotlight on Berlin as a queer city. As I am connected to the tech community in Berlin, I recommended founders and community leaders as speakers. I think Berlin’s queer scene also intersects with social justice activism. I think a number of people in tech here are sensitive to pink-washing.

Is that something you see much here?

I think there are a number of companies that do great work. And a lot of the times the companies that do really great work are going to be low-key. You hear about the good initiatives from queer individuals informally and that should be the case because hopefully companies are not doing something just for PR purposes.

As in, every time Pride Month, you put out a bit of rainbow marketing?

Exactly. There is a healthy amount of scepticism around rainbow logos during Pride Month. The next question is: what are you actually doing? What are your policies? Do you even have a headcount of how many LGBTQ-identified individuals are in your company?

What issues do LGBTQ people face at the workplace?

It’s fair to say that most people that I know, even if they have not experienced discrimination, know someone who has. I myself have definitely heard a number of bi-phobic comments. There are cis-people who casually say they can't use "they/them" and people who still think it's a joke to say someone "looks gay". These issues are intersectional and can include asking women who wear straight-cut suits to wear make-up and present in more "feminine" ways. There is a lot of work to be done.

When incidents like that happen, do companies have places for people to go?

No, that’s one of the issues in the tech industry, and especially start-ups. Ping pong tables as a start-up cultural perk cannot stand in for clear HR policies when you’re dealing with, for example, harassment. Tech is, in many ways, very extreme. On the plus side, it can be very inclusive when teams create their own norms without the burden of legacy. But on the other extreme, it can allow the worst behaviours to go unchecked because there are no formalised policies or there is insufficient training for systemic issues such as unconscious bias.

Sexism has been an issue in Berlin start-ups. A few years ago, it seemed that a lot of companies were being founded by straight guys in their thirties. Is it still like that?

I’d say: the ones that get the most funding, yes. I have also discovered companies founded by women or by queer individuals. In the indie game scene in Berlin you find a number of them run by queer women. But how much space does that take up in the overall tech scene compared to the companies that are raising hundreds of millions? This can also intersect with gender. I talk to female founders as well and one of them talked about how she was the only woman in the room for an investor pitch night. I’d say the majority of the founders I’ve spoken to don’t advertise that they’re queer. They don’t shy away from it, but it’s not the first thing they wear on their sleeve.

Why do you think that is?

No one is obligated to be out, but if you are in theory already the most powerful person in your company, you need to consider the opportunities and drawbacks. How can your public image and identity help or jeopardise your company's chances of success? Being queer might make you consider more factors for team members and increase inclusion in the workplace. On the flip side, when they go out into the world a radical and queer identity could potentially turn off more traditional investors. It could also just be internalised homophobia or self-censorship.

What resources can LGBTQ people in tech turn to?

Join professional networks and attend community events. For example, for developers, QueerJS is a great community. A good number of developer communities are organised by women and many of them are queer-friendly. Many subscribe to the Berlin Code of Conduct, which is explicit for its non-tolerance for any discrimination. Also try to find mentors, whether in your company or in other companies. Don't be afraid to ask.

For info on upcoming events go to www.asia.berlin