Berlin - Born in the 1960s in a small Cameroonian town, Tanka Fonta grew up as a middle child in a big family of eight siblings. At age seven, his interest in arts, particularly painting, became evident. The lack of a structured learning environment and resources in his town was surprisingly liberating for his artistic endeavours from a young age, enabling him to grow in whatever way he saw fit.

“All the kids at the school were very inventive. We had to be because otherwise we'd do nothing, so we became very creative,” recounts Fonta.

“At the time, we didn't even have electricity - we were practically the last people living in the transition between the old world and the modern world where there's technology. All of that had a very strong impact on my perception of the world and how I translated that perception through art.”

As Fonta approached college age, he had nearly mastered the art of painting and began exploring music. Despite that, he was then faced by a dilemma that is familiar to most artists in his homeland.

“In my society [at the time], we didn't have such professions as artists. My family said I would never be able to make a living as an artist, so I went to Benin City in [neighbouring] Nigeria to study botany,” says Fonta.

“Ironically, it was the art scene in that city that made me discover that art can in fact be a profession, and for the following three years, in addition to my studies, I had time to hang out with sculptors, musicians and more artists of every discipline, and became determined to become an artist myself.”

After somewhat of a battle with his family, Fonta managed to convince his dad to support his dream to become a painter. His father helped him establish a painting studio in his hometown, but Fonta found himself constantly wondering: what's next?

“You could be creating great art but all the other aspects of being an artist, like exhibitions, public relations, self-promotion - all these things that are essential for survival for artists, are never really discussed,” explains Fonta. “So it was really hard for me at first to figure things out on my own, until I was offered the chance to do a solo exhibition of my work in Yaoundé [Cameroon's capita] - I consider myself very lucky to have stumbled upon such an opportunity, and it opened so many doors for me.”

Many solo and group exhibitions of his work soon followed, and in 1994 he joined a group of local and Canadian artists in a big collaborative project. He was the only one who spoke English out of the local group (everyone else spoke French), so he quickly found himself filling the role of the translator and interpreter for the Canadians - little did he know that role was going to be life-changing.

“Then one day towards the end of the project, they [the Canadian artists] invited me over to their hotel,” recounts Fonta. “And to my surprise, they ended up taking me to the Canadian consulate, where they gave me both an arts scholarship and a project management job offer in Vancouver.”

In 1995, Fonta headed to Vancouver, where he would live for the following decade, studying art, putting on exhibitions and conducting extensive research on artistic expression and movements native to Africa. He would end up teaching the fruits of his findings on African art to many students over the years. The vibrant and lively Vancouver art scene, he says, truly honed his skills as a painter and musician, and the next adventure was soon knocking at his door.

“In 2003, I met my [German] wife in Vancouver, and soon after we moved together to Stuttgart. Living in that city was a tough experience. It reminded me of my hometown - small, conservative, very limited - and a lot of racism,” recounts Fonta. “I would not encourage anyone of foreign descent to go through that.”

“Then one time we went visited Berlin and I finally got to, once again, experience a very diverse and vibrant art scene as in Vancouver - if not more so. I immediately thought: we're going to live in this city,” he adds.

After living in Berlin for nearly a decade, during which he established himself as one of the city's prominent African artists - and working as a composer - Fonta, along with three Cameroonian friends who live abroad, decided to launch Radio Future Africa - an online radio station dedicated to promoting African arts, culture and knowledge.

“The part of the world where I come from is still under-represented in the Western art scene. So you either have to belong to a certain institution [that validates you as an artist] or you're forced to try to make things happen for yourself and establish yourself on your own,” explains Fonta.

“But sometimes you have no choice but to make it on your own – so we decided to establish a platform that makes it easier for African artists to be heard and seen – at home and within the African diaspora in Germany and elsewhere.” 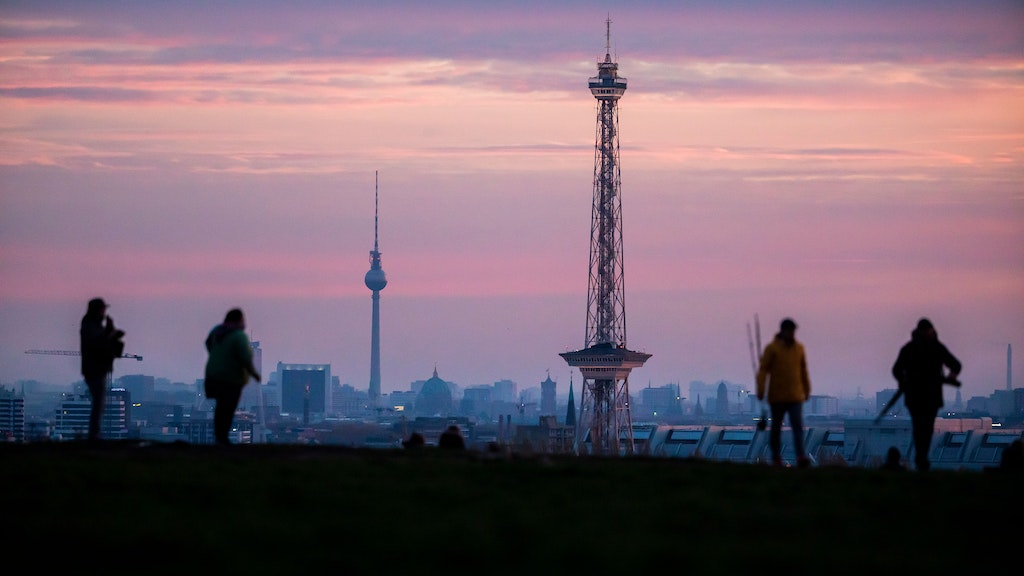 NPR English-language broadcaster KCRW Berlin is shutting down for good

Radio Future Africa began broadcasting in 2017, initially to a limited listenership. The programming ranged from broadcasts about music, arts, philosophy all the way to trivia and news from different African nations – with the ultimate goal of making it a platform that engages with every topic of interest to Africans at home and abroad. Their content is either fully original, in which case it is probably created by Fonta himself, or curated from the work of other relevant broadcasters.

“We stream everything that we believe would entertain or inform our audience – it could be anything from non-stop music to much deeper topics,” explains Fonta. “However, our content is not exclusively from the African perspective; when we find relevant and educational content that's not necessarily 'African', we broadcast it.”

The Covid-19 shutdowns across the world in 2019 worked wonders for Radio Future Africa.

“We were suddenly getting thousands and thousands of people tuning in when the pandemic started. I was shocked,” recounts Fonta. “I would look at the locations, and it was mostly from Italy and Spain, both of which were under lockdown at the time. This was a much needed boost for us at the time.”

Throughout 2020, Radio Future Africa’s audience kept growing, encouraging Fonta and his partners to go ahead with the next step in their plan.

“This year, we’re getting a bigger studio, hiring a team of journalists to expand our editorial and broadcast content,” explains Fonta. “We’re also going to focus on social media platforms to be able to reach a much wider audience – so stay tuned!”