Englishman Michael Gromm fought furiously to save a small Sorb village in Brandenburg from a coal mine – but failed. 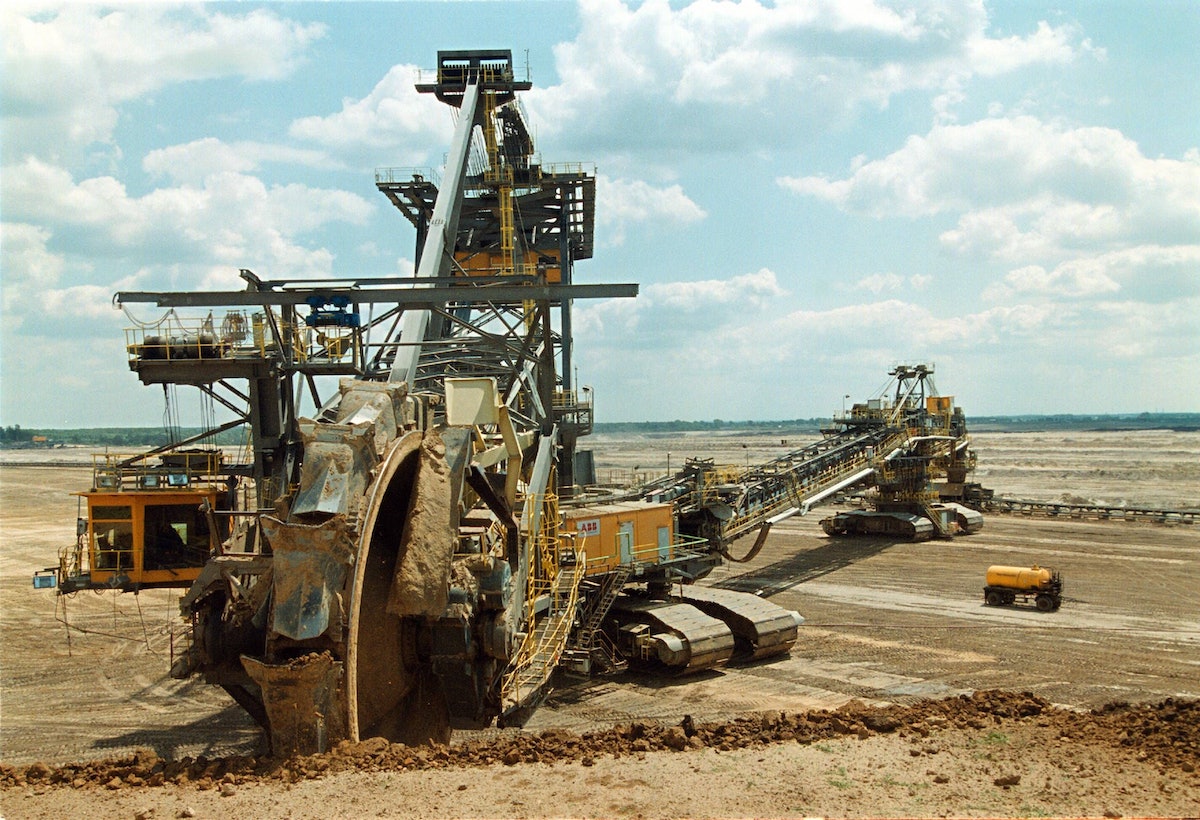 Industrial machinery closes in on Horno - much to the chagrin of Michael Gromm.Imago/Rolf Zöllner

Berlin-Twenty years ago, in 2001, I wrote an article for The Guardian about an English activist fighting to save a tiny village on the eastern fringes of Brandenburg from destruction. The gigantic, earth-chewing machines of an opencast coal mine were only metres away from gobbling up a hamlet of 300 souls called Horno, but Michael Gromm, the son of a London postman, was dead set on preventing the village’s demise.

I was obsessed with climate change at the time. When I heard about the continuation of lignite or brown coal mining in eastern Germany, I was horrified by the senseless, state-sanctioned destruction of farmland, forests and villages. Lignite is the dirtiest, most climate-damaging fuel the world has ever known. And this was happening a few hours from Berlin – in a country with a “Red-Green” government which was supposedly leading the world in renewal energy production. After German reunification, politicians of all stripes had promised no more Lausitz villages would be sacrificed for coal. But, as is so often the case, the “jobs” argument got the upper hand.

In winter 2001, I travelled to Horno, the next village slated for demolition. I talked to the defiant mayor. Locals told me about an English fellow who was spearheading the battle against the mine. I was intrigued. I visited Gromm in his tiny Prenzlauer Berg flat. A sticker on his door proclaimed “Geil auf Horno”, which translated into “Horny for Horno”. I remember Gromm, in his late fifties, as tall, thin, with bushy eyebrows and long, grey locks. His dark eyes radiated a gentle rage. He’d lived in Germany since the seventies, but had discovered his real calling – the defence of Horno – only in the 1990s.

Gromm was a writer, though not a particularly successful one. He was also an ethnic Sorb, according to him the only one with a UK passport. The Sorbs are a Slavic minority who have been living in the region straddling modern-day Germany and Poland for about 1300 years. About 60,000 Sorbs live in the Lausitz region, mostly in the Spreewald, but about 100 Sorb villages vanished from the map in the 20th century, thanks to the mines. While researching a book about his Sorb ancestry in the region he became captivated by the Horno cause. He launched various legal campaigns against the firm that owned the mine, Sweden's Vattenfall, and the state of Brandenburg, as both an ethnic Sorb and a Horno property owner. The village council made him the owner of a tiny triangular traffic island - “the Horno golf course,” Gromm quipped.

But it was all for naught. Horno versus Goliath didn’t end the way the Bible story does. Unlike most of the villagers, Gromm refused to sell his tiny plot, which was expropriated by the courts. Two years after I met him, in September 2003, about 150 Hornoers gathered for a final service in the 15th century village church. The graves would soon be dug up and transferred to a new churchyard in Neu-Horno a few miles away, where the villagers had been provided soulless new houses. Within weeks machines would crush the church steeple and the surrounding homes and strip 300 people of their village forever.

I can only imagine the despair Gromm and his comrades in arms felt on that day. A 25-year-old struggle to save the village had come to end. That such destruction was possible in 21st-century Germany – in the name of a fuel with no future – boggles the mind.

Gromm died in 2015. No villagers came to the funeral because his refusal to give up the fight for Horno was perceived as divisive in the end, at least according to a reporter at Die Zeit. Gromm was laid to rest near the grave of the great writer Theodor Fontane in the Liesenstraße cemetery in Mitte.

The Jänschwalde pit which swallowed up the medieval village continues to convert the landscape into a vast dust bowl in order to access the layer of coal that lies beneath. But the mine must too come to an end – in 2023 – thanks to Germany’s commitment to the Paris Climate Agreement, something that surely would have put a smile on Michael Gromm’s face.