Berlin - Misogynistic slogans, hate mail containing rape fantasies, sexist comments in parliament. Virtually every female politician in Germany has experienced sexism and hate speech in her professional environment.  According to a new survey by Der Spiegel, a large number of female members of the Bundestag face sexist, misogynist hate speech on a regular basis.

The survey found that 69 per cent of the female politicians questioned said they experienced misogynistic hatred as members of the Bundestag; 64 per cent said they had received such messages by e-mail or post.

The more well-known or publicly present a female politician is, the more extreme the statements. Hate mail is often filled with fantasies of violence against women, in many cases explicitly sexualised violence. "These are emails that say, for example, that a certain woman is to be fucked to death," says Green Party politician and Bundestag vice-president Claudia Roth in an interview with Berliner Zeitung. She says she has received such e-mails herself. "In the fantasies of the people who send them, it is not enough for women to be killed - they must first be raped and humiliated."

Claudia Roth: "The AfD prepares the ground for hate fantasies"

For Roth, this kind of hatred has taken on a new quality and it is fed by the mood in parliament since the far-right AfD moved in: "The AfD prepares the ground for these hate fantasies. It is like a megaphone that broadcasts open racism and misogyny."

The AfD told Berliner Zeitung that it rejects such accusations. The party claims that the Spiegel survey refers to a minority of female parliamentarians and is therefore not particularly meaningful. Instead, the AfD also sees itself as a victim of threats and hate speech. "AfD MPs in particular - both female and male - can tell you a thing or two," says the AfD's deputy parliamentary party leader Beatrix von Storch.  She says such attacks are not talked about publically, "but receive tacit approval".

Yet several female politicians have told the Berliner Zeitung that the sexism in parliament usually comes from the AfD. "It starts with laughter, heckling and stupid remarks when a woman is at the speaker's podium, and goes as far as openly anti-feminist and sexist speeches," Claudia Roth says. She adds that female colleagues with an immigrant background are particularly affected. "Sexism and racism are two sides of the same coin," says Roth.

Berlin SPD politician and state secretary Sawsan Chebli can attest to that. As a Muslim and the daughter of Palestinian immigrants, the 42-year-old is regularly the target of hate speech. But Chebli is fighting back.  At the end of January, Chebli tweeted photos of a letter addressed to her containing sexist and racist abuse.

"I hope that the German justice system will take legal action against this man who dares to send me such a racist, Islamophobic, inhuman, sexist letter under his real name and make it clear that this is not freedom of speech," Chebli wrote.

Maren Jasper-Winter (FDP), a member of the Berlin state parliament and women's policy spokesperson for her parliamentary group, has identified the AfD parliamentary group in particular as a source of sexist hostility in parliament. "If you are a woman, the AfD behaves very differently towards you. They try to discredit women's issues with heckling and other disruptions. Often, women are attacked on a professional level - just because they are women."

Jasper-Winter herself has received sexist e-mails - especially when she began working as a representative. She say that in parliament, sexism coming from the AfD mainly affects female colleagues who dress more conspicuously or differently than the majority.

FDP MP Katja Suding can confirm this trend: "It also comes from the women in the AfD. Someone like Alice Weidel is not above commenting on the clothes of female colleagues, along the lines of 'What is she wearing? She must be up to something today!' We in the FDP sit in the direct vicinity of the AfD," says Suding. "We hear provocations that are not even heard by the other parliamentary groups."

These provocations do not only affect women. "It is unbelievable how inhuman and indecent the remarks are." Of course, she said, this makes her angry - and answering the question of how to react to it is not any easier. "Provocation is, after all, part of the AfD's strategy, which is what makes it so difficult to deal with," says Suding. "You can't just leave some things without comment, but on the other hand you shouldn't take the bait the AfD holds out to you."

In such situations, Suding would like to see her male colleagues take a clearer stance. "It was not so long ago that sexist remarks were more or less acceptable. We all must make it clear that those times are definitely over."

The politicians we talked to see a link with the low percentage of women in the Bundestag, currently around 30 per cent.

"The phenomenon was simply underestimated for a long time," says Roth. "In the past, I had to listen to men from other parliamentary groups saying that I was simply too sensitive. They would say: 'We talk like this in the beer tent, too.' Apart from the fact that sexism is not okay there either, we're not in a beer tent but in the German parliament."

Roth recalls how an AfD MP once shouted "Anyone without balls should not govern!" in the direction of the government bench during a speech.

"It was clear that he meant the chancellor, even though she wasn't sitting in her seat that day."

Roth says we can't accept sexism as normal. "We still live in a patriarchal society. In order to break down these structures, we have to build in instruments that ensure equality - as we have been doing for a long time in the Green Party through the women's quota or the quota-based speaking list. This has established a different political culture over the years."

The policy has impacted visibility, Roth adds: "At Green party congresses or parliamentary group meetings, women are not the minority, but as a rule the majority - this changes something." 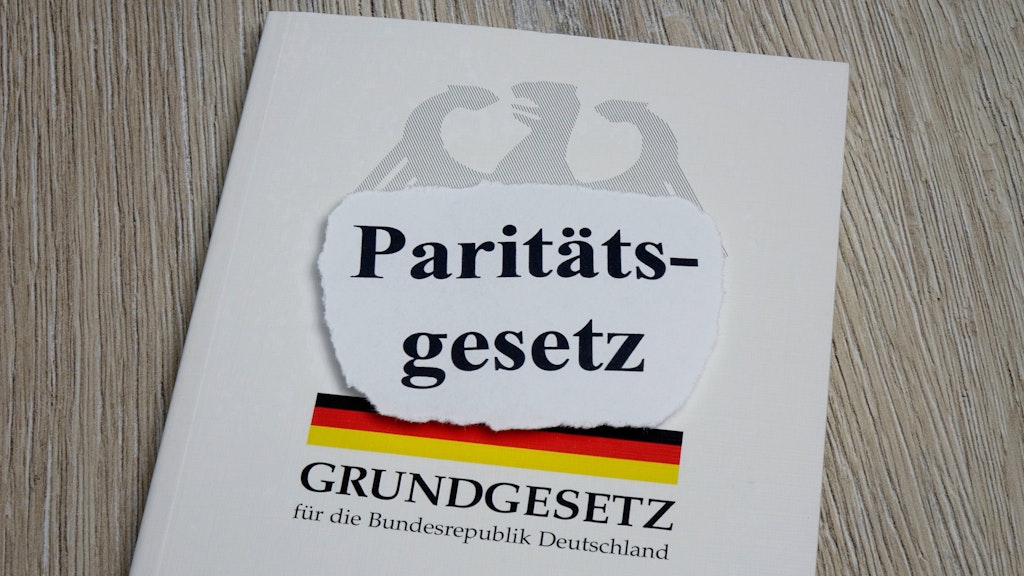