School principal testifies about conversations, interactions with mother prior to alleged murders.

Magdeburg - The mother of the accused Halle assassin had indications that her son was preparing a major crime but took no steps to stop him, according to witnesses at Stephan B.’s trial Wednesday.

The principal of an elementary school in Helbra, Germany, where the defendant’s mother taught, said the woman had made hints about her son’s behaviour two months before the attack. She testified on the second day of the trial following the summer recess.

Stephan B. is on trial in the eastern city of Halle for killing two people after his planned terror attack on 9 October 2019 on a synagogue in the city was thwarted by a locked door. He instead shot and killed a woman passing by as well as a man in a nearby fast-food restaurant before he was arrested.

The defendant’s mother taught social studies, German and ethics at the elementary school and talked often of her son during breaks at the school. She has refused to testify and has resigned from teaching after a suicide attempt.

I said to a colleague back then, ‘What’s wrong with her?'

“I had the impression that her son was very important to her. She may not have idolized him, but she loved him very much,” the witness said. Stephan B.’s mother also talked about a serious illness her son suffered in 2013 and 2014 and that it kept him out of school for several years while he recovered.

The principal noted, however, that she had occasionally bumped into him in the city. “He looked like he was flourishing and I thought to myself, ‘he can't be that sick anymore.’”

She joined the school in 2009 and said that, as her superior, she had only a pleasant, professional relationship with the defendant’s mother. That changed abruptly in 2019, she testified.

“She seemed thin-skinned and sensitive. She even got into an argument with me for the first time,” the witness recalled. “I said to a colleague back then, ‘What’s wrong with her?’” 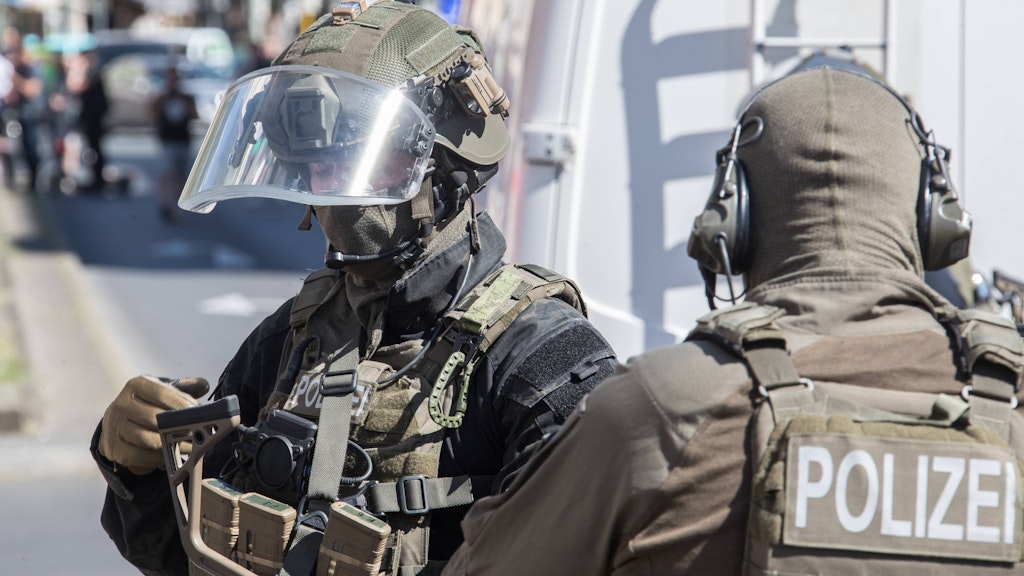 Later, another colleague told her that the defendant’s mother had made dark insinuations. She had allegedly said: “I’m very afraid that something bad will happen soon.”

Her son had also begun communicating with her exclusively in English. “She said that sometimes she even had to use the dictionary because she didn't understand some of his words.”

An investigator with Germany’s BKA national police force also took the stand Wednesday and said Stephan B. had started writing haphazard pamphlets in English in March of last year with the purpose of justifying his attack.

The judge asked the witness if the accused’s mother had said anything about her son's political leanings.

“Not directly, but I got the impression from her insinuations that he was fairly right-wing oriented and disagreed with the state,” the principal said. According to the mother, it bothered him that there were so many different cultures in Germany, for example. From her point of view, however, the mother had not made it clear whether she shared her son's positions.

The principal also recalled an unusual interaction following a conversation with an expert on autism who had seen a conspicuous pupil in elementary school. After the evaluation meeting with the expert, the principal and the defendant’s mother, Ms. B. burst into tears and said that she now knew that her son was also autistic.

The witness said that she had also observed various behavioral patterns described by the expert in Stephan B.