Berlin - Research shows that car traffic has barely fallen during the pandemic as people opt for individual transport over public options. A national research project by the Infas market research company and WZB Berlin Social Science thinktank showed that in some cases cars are used even more frequently.

"The car is the winner of the corona pandemic," Infas' Robert Follmer said.

Experts at the Berlin traffic information centre, or VIZ, also released the results of an evaluation of three key Berlin streets: Leipziger Straße in Mitte, Bornholmer/Wisbyer Straße in Prenzlauer Berg and Frankfurter Allee in Friedrichshain. They compared figures from last month with the average weekday traffic load during the first week of March 2020. The result: traffic has decreased - but only slightly.

"On weekdays, traffic volume is on average 90 per cent," said Jan Thomsen, spokesperson for Berlin's transport minister Regine Günther (Die Grüne). However, traffic this year on the streets was also sometimes equivalent to a year ago.

An earlier analysis showed that last year, some Berlin roads were even busier at times than in 2019. Pollution levels on par with the previous year were found on Berliner Straße and Potsdamer Straße in Zehlendorf from August to mid-October.

The researchers at Infas and the WZB looked at how mobility developed in the first quarter of this year compared to the first quarter of 2019. One notable finding: private and car-sharing cars are being used more frequently than two years ago, when most people associated corona only with a Mexican beer brand.

"The data analysed so far is in a corridor of 0 to 10 per cent," said Andreas Knie of WZB, meaning car use has increased by up to 10 per cent.

The Infas/WZB project is known as Mobicor and is funded by the federal government to explore mobility nationwide during corona. Researchers are using multiple sources of information to give the results additional weight. Phone apps are being used to record changes in location and note which mode of transport is used. Resarchers are also using surveys and interviews that go into more depth. Both yield important qualitative insights.

But the research in Berlin has revealed another Covid winner: the bicycle. "It's nice that it has gained significantly," Andreas Knie said. "The pop-up cycle paths have certainly contributed."

Local transport, dominated by Berlin's BVG public transport company and the S-Bahn, has also suffered losses. Among Mobicor participants, the use of buses and trains in Berlin dropped to around two-thirds of pre-pandemic levels. Whereby this is apparently even a rosy reflection: officially, the state-owned BVG says passenger volume is currently only slightly more than half of what it was before corona.

Berlin is in line with the nationwide trend, said Robert Follmer of Infas. "In general, the data show that people who are doing well economically continue to use cars frequently," he said. "If a private car is available, it's being used. It's not uncommon for it to be used more often than before corona."

In relative terms, private motorised transport actually has a larger market share than before the pandemic, because overall the number of miles traveled has decreased. In addition, he said, the average occupancy of vehicles declined during corona. "More often than before, only the driver is in the vehicle," Follmer said.

New passenger car figures for 2020 are also interesting, he said, with about 500,000 new cars registered nationwide last year, according to federal transport authorities.

"That's fewer than usual per year. But still just more," Follmer said. "In terms of passenger cars, we are approaching the 50 million mark in Germany." 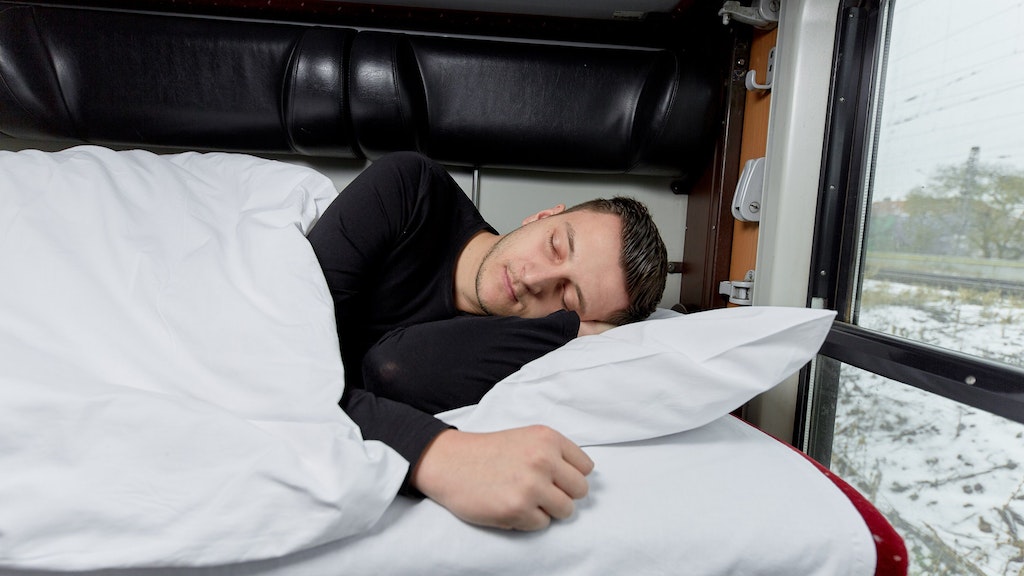 TravelNew night trains planned from Berlin to Amsterdam and Brussels

The number of passenger cars also increased in Berlin in the first year of corona - by more than 13,000.

While bicycle use also increased outside of Berlin, the upswing was sporadic. Where the infrastructure is poor, cycling soon loses its appeal.

Public transport remains unable to rebound from the drop in rider numbers. Officials failed to counteract the development, he said: "They assumed that users would already return."

High earners hardly use public transport anymore and it is increasingly left to people with lower incomes. The exodus is far from over, WZB reasearcher Knie said.