Squatters eviction : One of Berlin's last iconic squats set to be evicted Friday

The Liebig34 housing community in Friedrichshain is one of the last remnants of Berlin's once strong tradition of squatting. Lively scenes are expected when bailiffs clear the property tomorrow.

BerlinIt's the last fighter standing from a bygone but iconic era in Berlin's past - the age of the squatter. But tomorrow, the "anarcha-feminist-queer" housing collective Liebig34 - at Liebigstraße 34 in Friedrichshain- is set to be dissolved by police.

West Berlin was famous in the 1970s for its large squatter scene, and the rest of the city picked up the baton in the 1990s following the fall of the Berlin Wall. Around the time of the Wende, East Germans leaving for the West or other parts of Berlin left their run-down apartments in now hip areas like Prenzlauer Berg vacant, and the squatters soon moved in. At that time, squatters reportedly occupied around 130 houses in Prenzlauer Berg, Mitte, Friedrichshain and Kreuzberg.

Liebig34 is one of the survivors of that era, with the legalisation of projects such as theirs coming shortly after residents first occupied the building in 1990. Their aim was to explore alternative living arrangements, free of traditional power structures. Its description has evolved over the years to what their website now describes as a living spaces "without cis-men, but all other (a-) gender-identities [are] welcome" - as "we have no desire to experience everyday sexism and cis-male dominance – especially not in our home". Around 40 residents live there now, from diverse international backgrounds. The house language is English.

The debate has been raging ever since the ten-year commercial lease held by residents through a housing association ended two years ago. A court ultimately confirmed the handover of the house, one of the last leftwing radical projects left in Berlin, to the owner, Gijora Padowicz. The collective claims he is notorious for "deliberate buyouts and destruction" of similar housing projects, and intends to renovate the building before renting it out again for huge profit.

The stand-off between residents of the housing community at Liebig34 and police has turned increasingly volatile ahead of the eviction. On Wednesday night (7 October), residents and supporters staged a protest march attended by between 500 and 600 people. That was peaceful - but later on, at around 1am, there were violent confrontations between a group of masked activists and police. Around 30 stones were reportedly thrown, two cars set alight and a barbed wire barricade erected.

Police later told of "leftwing extremist" disturbances in Friedrichsfelde during the night, which saw two company cars belonging to housing associations torched. Police are anticipating heavy resistance when the building is cleared on Friday. It is thought residents will be joined by activists from other parts of Germany and even other countries. 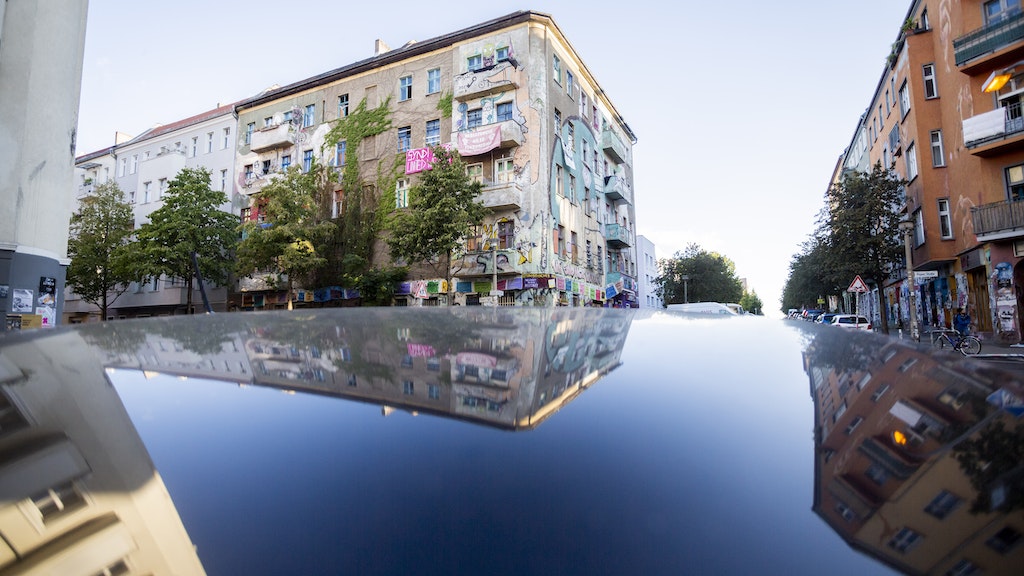 The police operation on Friday is expected to be one of the biggest in the area's recent history. Far-left activists have reportedly written about their intentions to turn the eviction into "a disaster" on their social media channels. The neighbouring Justus-von-Liebig primary school will be closed, as will child daycare facilities in the area, though in a strange twist, the Freie Schule Kreuzberg has said it was encouraging its pupils and staff to participate in the protest the eviction planned for Friday morning.

From 5am on Thursday morning, police declared the area surrounding the building a restricted zone - including large parts of Liebigstraße and neighbouring Rigastraße. The zone will remain in place until 1am on Sunday 11 October. Police patrol cars and officers wearing bullet proof vests have been roaming the area around the building, enforcing the ban on parking as well as outdoor gatherings. Many neighbouring residents have taken their cars elsewhere already anyway - several vehicles have already been burned during demosntrations by Liebig34 residents against their eviction.

Police have also shared that restrictions on "common use of public spaces and freedom of assembly" will be in place until 11.59pm on Friday, affecting parts of Liebigstraße and neighbouring Rigaer Straße, Petersburger Straße 81 and Bersarinplatz. Dozens of demonstrators gathered already on Thursday night. Bailiffs are set to arrive at 7am on Friday. An eviction day demo is also planned in the evening from Monbijoupark in Mitte.

Check in with Berliner Zeitung English Edition on Friday for our coverage of the Liebigstraße story.

The myth of German order

It’s said that Germans love order – and that their society is a paradigm of orderliness. It’s nonsense – and in 2021, it’s less true than ever.

After months of wrangling, a digital party conference finally produces a decision. But we're no closer to knowing who will run for chancellor in November.

CDU leadership battle: Who are the candidates?

Three men are vying for the top post at the CDU on Saturday. Who are they - and what do they stand for? Our politics team explains.