Politicians wanted to offer some relief to renters but landlords are getting in the way.

Berlin - Beate Schlüter - that's not her real name - from Kreuzberg is pleased. "I pay €434 less rent per month thanks to the rent cap," says the 35-year-old. She's profited from Berlin's Mietendeckel, which came into force a year ago, on 23 February 2020. In phase one, rents for around 1.5 million flats were frozen at the level of June 2019.

When phase two kicked in on 23 November 2020, landlords were obliged to reduce rents that exceeded the new caps by more than 20 per cent. The rent for Beate Schlüter's 60-square-metre two-room flat at Görlitzer Park fell from €1,130 to around €696.

She's saved more than €1,300 since we first talked with her about the rent cap last November. "But I haven't spent any of it. I put the money aside in case the rent cap is overturned in court," says the self-employed graphic designer.

"That would be rough. I would have to refund all the money I saved and keep paying the high rent." In the long run, she wouldn't be able to afford it. "If the rent cap is overturned, I would probably have to move out," says Schlüter. 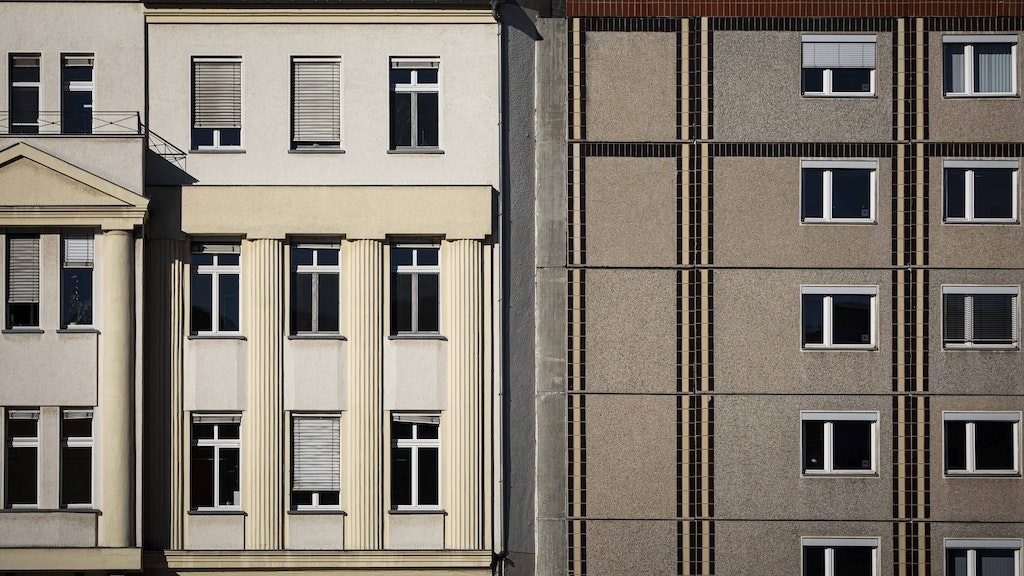 Unsurprisingly, real estate lobbyists are up in arms. They say the rent cap will mean that less money will be available for investment, that fewer rental flats will be offered on the market and that high-income earners who can afford higher rents are the primarily beneficiaries of the cap.

"Less investment in good housing, no relief in the search for housing, especially for low-income households, uncertainty among tenants and landlords: that's the result the rent cap's first year," says Maren Kern, head of the Association of Berlin-Brandenburg Housing Companies (BBU). "To relax the housing market, Berlin needs cooperation instead of confrontation in housing policy."

To monitor compliance with the rent cap, the Berlin government (the Senat) has created 48 positions at the district level. In the housing department, 130 positions were initially planned for lowering rents, but the number has since been reduced to 65. Another 5 employees are planned for the ministerial section and 10 for the appeals office. More jobs will come in areas like IT but so far only a portion of the positions has been filled.

Many landlords believe that the rent cap is unconstitutional. Some - including four housing cooperatives - have filed a complaint against the regulation with the Federal Constitutional Court. The suit is supported the parliamentary groups of the conservative CDU and business-friendly FDP in the Bundestag and who have filed a separate lawsuit. The court has said it will rule on the case in the second quarter of this year. 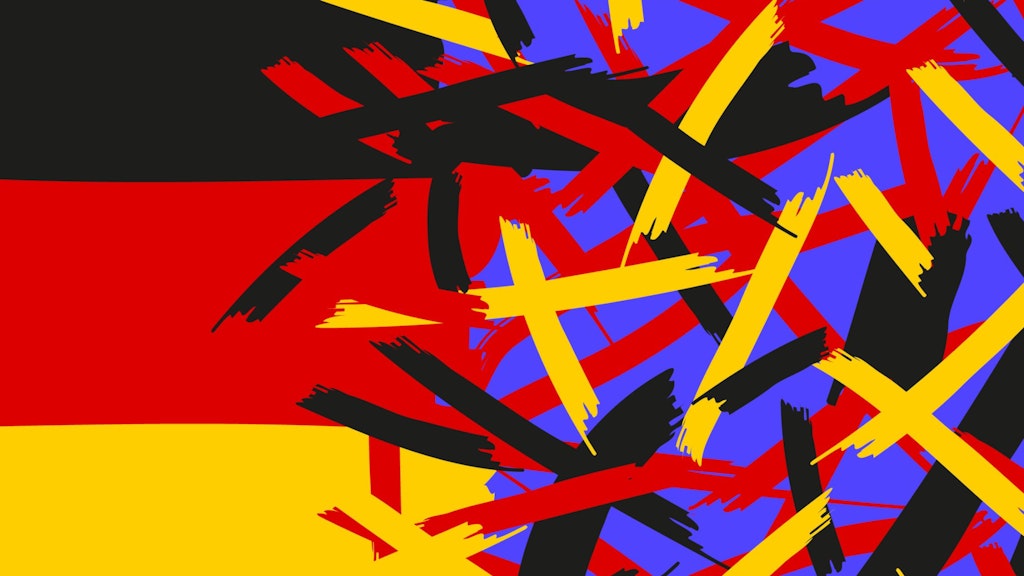 Berlin housing minister Sebastian Scheel (Die Linke) is a staunch defender of the rent cap: "Berlin rents have more than doubled in the past 10 years. Incomes have not been able to keep up." A different rent-brake law passed by the Bundestag in 2015 has "completely failed". Partly because because it allowed too many exceptions but also because tenants are afraid to file civil suits out of a fear of negative consequences.

"With the rent cap, we have deliberately created a public law where the state issues prohibitions and ends the exploitation of the housing shortage," says Scheel. Tenants no longer have to fight for themselves. He dismisses criticism that the law unfairly benefits the well-heeled: "An excessive rent remains an excessive rent - no matter who pays." The law is "to relax the entire housing market".

In introducing the rent cap, the state of Berlin relied on a 2006 reform of federal and state duties that granted states the responsibility for housing. The dispute before the Federal Constitutional Court centres on the question of whether or not Berlin has the right to limit rents under property law.

Tenants who have seen their rents lowered are now united in their fear that they might have to pay back the lowered rents. "As long as it is unclear what will happen, I'm not euphoric, but rather anxious about whether the rent cap will remain," says Schlüter.

"The rent cap has undoubtedly provided relief for existing tenancies and prevented a further increase in the burden of housing costs," says BMV managing director Reiner Wild. As incomes fell alongside the corona pandemic, the rent cap has become "a blessing". An overall decline in rent has has also become noticeable.

According to an analysis by property listings portal Immobilienscout 24, prices for vacant flats that fall under the rent cap have fallen from an average of €10.46 per square metre in January 2020 to €9.64 in January 2021 - a 7.8 per cent drop. The housing department itself does not have up-to-date data on asking rents. The most recent data available is from 2019, when prices already began to stablise amidst discussions about the rent cap. Data on rents in 2020 will released with the expected publication of the Housing Market Report by Investitionsbank Berlin (IBB) at the end of March.

According to BMV head Wild, the success of the rent cap has been dampened by "shadow rents" that many landlords have been including in new contracts. Shadow rent is a second, higher rent that will come into force if the rent cap is overturned in court - or if the cap expires. How widespread are shadow rents? The Immoscout analysis found that 76 per cent of newly advertised flats were priced above the rent cap in January. In rental listings on the site, landlords exceeded the permissible upper limits by an average of €2.76 per square metre. 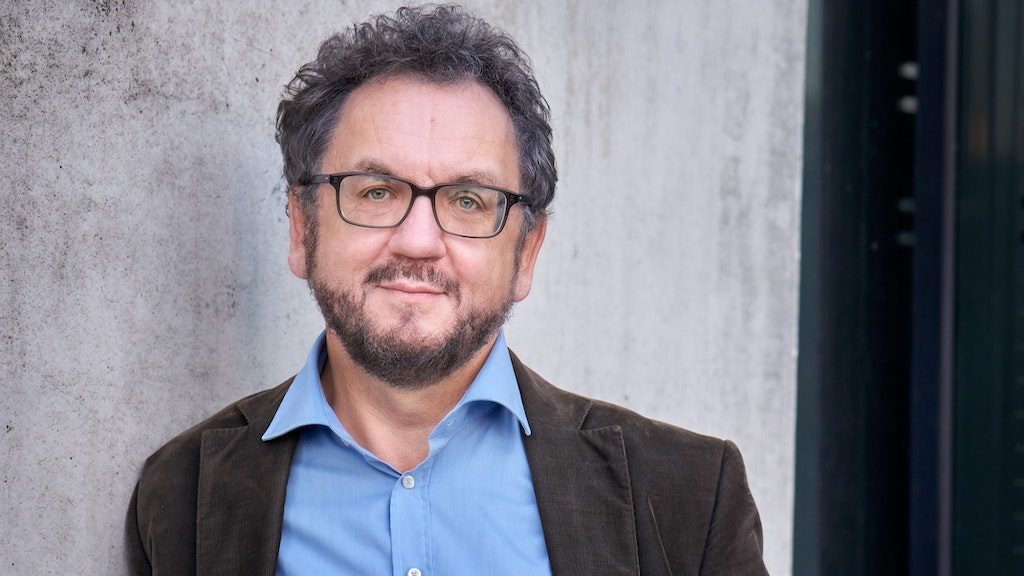 Landlords prefer to call them "transparency rents" or "rent protection clauses". Housing executives are "basically required by law to prevent economic damage to their companies," says BBU head Maren Kern in defence of the approach. The Berlin Tenants' Association, on the other hand, considers shadow rents illegal because the rent cap explicitly forbids them. And landlords refer to a decision of the Federal Constitutional Court.

In March last year, the court rejected an urgent appeal against the rent cap and at the same time indicated that landlords could not be prevented from asking for higher rent for new leases in the event that the law was found unconstitutional. The city housing department also considers shadow rents unlawful, but a court decision on the issue is still pending.

According to Immoscout, the supply of rental flats has fallen in the past year - by 19 per cent. For flats that fall under the rent cap, supply has dropped by 30 per cent. Why is unclear. Some reports suggest landlords are keeping flats vacant and delaying re-letting until the constitutional court makes its decision in summer. Others are allegedly converting their rental flats into condominiums in order to sell them.

The Berlin Tenants' Association has another explanation for the low supply. The rent cap is "partly a victim of its own success", says association director Wild. Tenants in Berlin now live much more securely, he said. There won't be any rent increases until the end of 2021 and renovating an apartment doesn't immediately mean landlords can charge higher rents. Tenants are now less willing to move which means there are fewer flats available. Corona and the aforementioned shadow rents on new leases are keeping people from moving.

Shadow rents are not the only problem. According to the tenants' association, plenty of landloards are using illegal means to try to circumvent the rent cap. The proportion of landlords who "run red lights" is unfortunately alarmingly high, says Wild. For example, they might hope to collect more money by furnishing a flat. "Some providers think they can get around the rent cap with a few pieces of Ikea furniture and demand significantly higher rents than would be possible under the cap," he says. Such tactics are illegal since the same rules apply to furnished apartments. 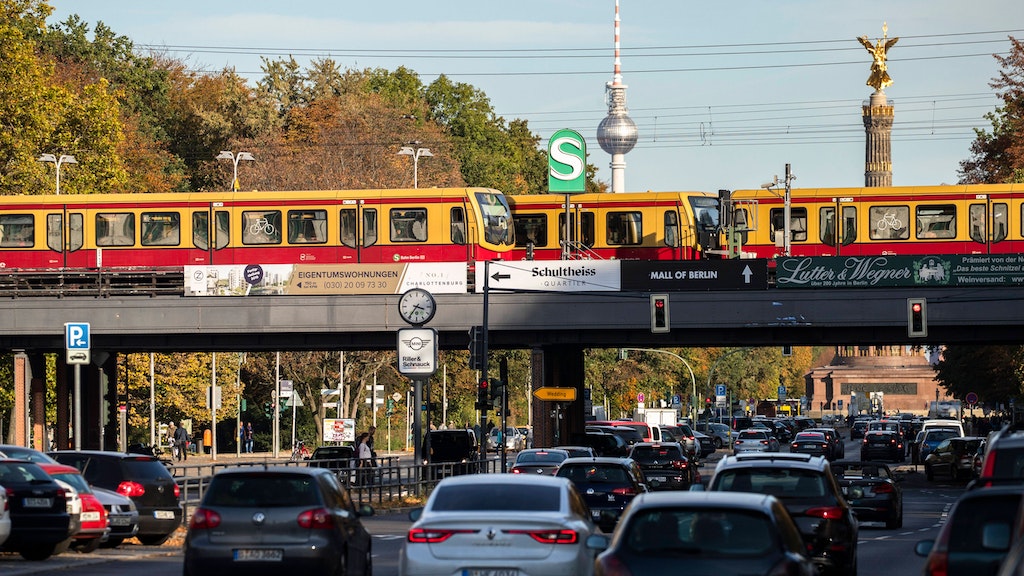 District officials are also aware of various scams and tricks. Many landlords apply for a "certificate of uninhabitability" for their accommodation, reports Niklas Schenker, advisor to Ramona Reiser (Die Linke), Mitte's district councillor for citizen services. This is yet another way landlords are trying to prevent their property from falling under the rent cap. "Others state that their place of residence and the location of their bank outside Berlin makes a difference to the law for their individual contract," explains a spokesperson for the Friedrichshain-Kreuzberg district office. This is "of course legally inadmissible". In individual cases, landlords simply point out that the rent cap "does not apply" to their properties without providing a valid reason, according to the Neukölln's city councillor for construction, Jochen Biedermann (Greens).

There's no end to the creativity of some landlords. For example, a real estate asset management company informed its tenants that their landlord had "decided within the framework of its duty of care under the tenancy agreement" to transfer the difference between the contractually agreed rent and the rent permitted under the rent cap to a "trust account set up specifically and exclusively for this purpose" and to have it "safely kept there" for the tenants. The correct thing would have been to leave it up to the tenants to decide what to do with the money saved.

The "great creativity displayed by some landlords in coming up with - mostly illegal - ways to circumvent the rent cap" has " surprised" him, says housing minister Scheel. "I would like to clearly warn against this," he says. "The rent cap is law. Violations are prosecuted by the responsible state agency and punished with a fine of up to €500,000. Fortunately, most landlords comply with the law as expected."

Scheel concedes that the cap probably won't be around forever: "The rent cap is limited to five years. This time should be used to ease the housing market through sufficient new construction." He believes that the rent cap "will fulfil its task of temporarily stabilising rents that are inflated by the tight market situation and reducing them to a socially acceptable level."