The seven-day incidence is rising, a third wave is building. Schools, shops and soon restaurants are to open. Sensible or a bad idea?

Berlin - Shops, hairdressers and museums have just reopened. We're even allowed to jet off to Mallorca again. But any hopes that a normal life will resume by Easter are rapidly imploding. The Robert Koch Institute (RKI), the government's disease expert, is alarmed. Its president, Lothar Wieler, says the third wave is well underway in Germany. And doctors are already calling for a return to full lockdown.

The national incidence rate continues to climb. The RKI reported 84 new corona infections per 100,000 inhabitants within one week on Tuesday. And the institute predicts higher rates in the week after Easter than at Christmas, possibly as high as 350, even higher than the national record so far of 197.6.

"The Robert Koch Institute's outlook for the situation at Easter is dramatic," Berlin health minister Dilek Kalayci (SPD) said on Monday. Berlin's incidence rate of 91.3 is now above average and she see the risk of a drastic increase as "very high". Hospital bed occupancy could increase significantly due to an exponential rise in a third wave, Kalayci said. She added that the highest incidence in Berlin in particular was among 15- to 19- and 20- to 24-year-olds.

"Restricting contacts is still the crucial thing. The regulations must be strictly adhered to here. That is my request to the Berlin population," the minister said.

It is not yet clear what concrete measures Berlin will take, especially during the Easter holidays (that begin 29 March), to contain the third wave. A heath department spokesperson says: "There will be consultations at the federal and state levels on how to proceed."

However, some physicians clearly want to tighten the lockdown rules again. Christian Karagiannidis, of Divi, an association of specialist doctors, is calling for an immediate return to lockdown.

"We don't gain much if we open up for the next one or two weeks, because we will arrive at a high level very quickly and at the high level it will be twice as difficult to lower the numbers again," Karagiannidis said. A powerful third wave, on the other hand, would mean disaster, he said, because the number of free intensive care beds is currently not rising fast enough and staff are exhausted.

"The crucial thing is that the contagion rate does not rise above the R-value of about 1.2," he said. That is about the limit, he said. At higher values it becomes critical.

"The situation in the hospitals remains tense in terms of staffing and economics. A third wave would be another major challenge for hospital workers," said Barbara Ogrinz of the Berlin Hospital Association (BKG).

"The city's hospitals need certainty and support for their employees, not political restraint. This should be taken into account when considering further loosening." Hospitals need support and securing financing is key for 2021, a crisis year, Ogrinz said.

In early March, Spandau's public health officer Gudrun Widders warned against a quick end to the current lockdown. She still stands by her warning. The viral mutations just ensure that more young people and younger adults fall ill with corona.

"The relaxations show that some people are again behaving as if the pandemic does not exist," Widders said. "To prevent an increase in infections, we all need to remain disciplined."

Schools should stay open, she said: "However, teachers and educators must be vaccinated beforehand." On the other hand, Germans should refrain from "travelling extensively this year". Widder said that even if you don't travel to a risk area, there is still a risk of catching the virus and bringing it home with you.

"First, public life is to be gradually opened up with all its might, and now they want to backtrack again all at once because of the RKI forecast," he says. In Zeelen's opinion, Berlin should have remained in lockdown until Easter and used rapid tests and vaccinations to lower the incidence rates, which had been sinking in February. Zeelen believes that with the relaxation of rules an opportunity was missed.

Return to school is now in doubt

The Senat is also under pressure for its school policy. For a week now, alternating classes have been held at half normal class size at primary schools. Behind this is the realisation that online homeschooling is unsuitable for many primary school children. For Berlin politicians it has long been clear that face-to-face teaching is of crucial importance for younger kids.

According to the plan, grades 10 to 13 will also be allowed to return to schools from Wednesday because they're about to take their school-leaving exams. At the very least, a temporary visit to the schools is imperative.

But in view of rising incidence rates, doubts are surfacing.

"As a matter of principle, we always make decisions subject to the occurrence of infections," says the education department. School openings (or closings) are the subject of a meeting with officials today (Tuesday).

The focus is now being shifted to grade 7 through 9. For a long time, these years remained completely under the radar in the Senat's re-opening plan. A decision by the Berlin Administrative Court last week has forced the state government to act. Two pupils - or rather their parents - sued for equal treatment of grades 7 to 9. The plaintiffs won and the government has to also provide a clear plan for opening school for these classes.

Berlin education minister Sandra Scheeres (SPD) announced they would return next Monday - always in half-size classes and with face masks. Now that plan is in doubt thanks to rising infection figures.

Berlin's museums, which have just reopened after a long hiatus, are already preparing for possible re-closure. The Natural History Museum, for example, has been open to visitors since last weekend. Yet due to the impending third wave, the museum spokesperson Gesine Steiner told the Berliner Zeitung that they expect to have to close again.

"We've reduced the pre-booking period from 14 days to three days," she says. Those who want to visit the Natural History Museum have to buy tickets online for a specific time slot. "On Saturday and Sunday we were fully booked with 250 visitors each in the morning and afternoon. Tickets for the coming week are already sold out, too," says Steiner. 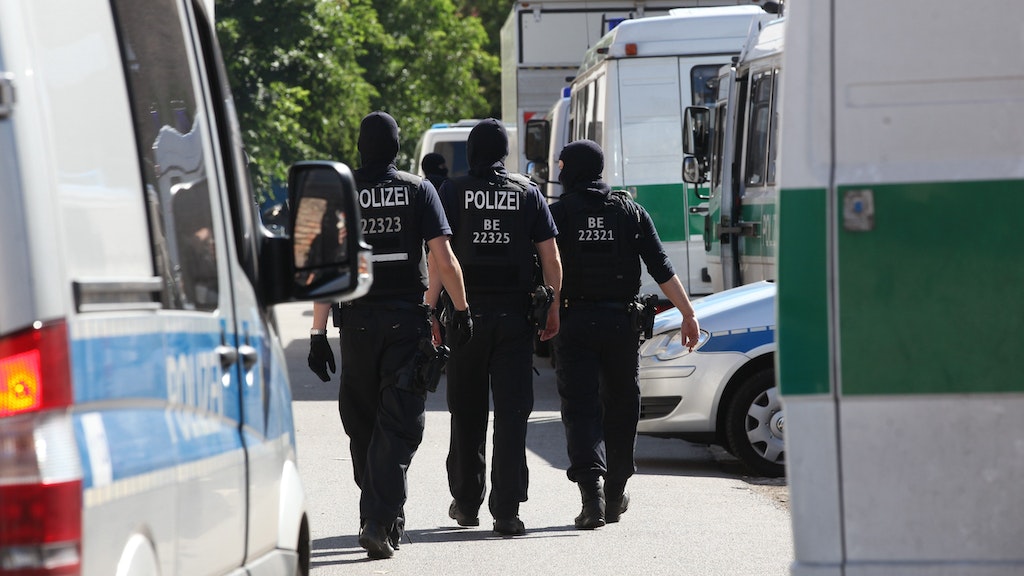 "Even if a third wave is imminent, closing the shops again would be complete nonsense," says Nils Busch-Petersen of the Berlin-Brandenburg retail association. "Retail is a safe haven - it has proven that throughout the pandemic."

Studies show there is no danger whatsoever from the retail sector, he says and therefore pleads for keeping shops open despite rising new infections. "Even if a highly contagious Covid-19 carrier goes into a department store to buy a suit, he will not infect anyone if he follows the hygiene rules," says Busch-Petersen. He also criticises the current Click & Meet rules.

"Crowds of people gather in front of the shops. That can't be the solution either," he says. "We retailers can guarantee safe shopping - another closure would be fatal."

"If the infection figures continue at this level, outdoor dining should be reopened," says Lengfelder. "People already sit outside and drink and eat on benches or in parks. If you can catch it so quickly outside, then why is public transport still allowed?" 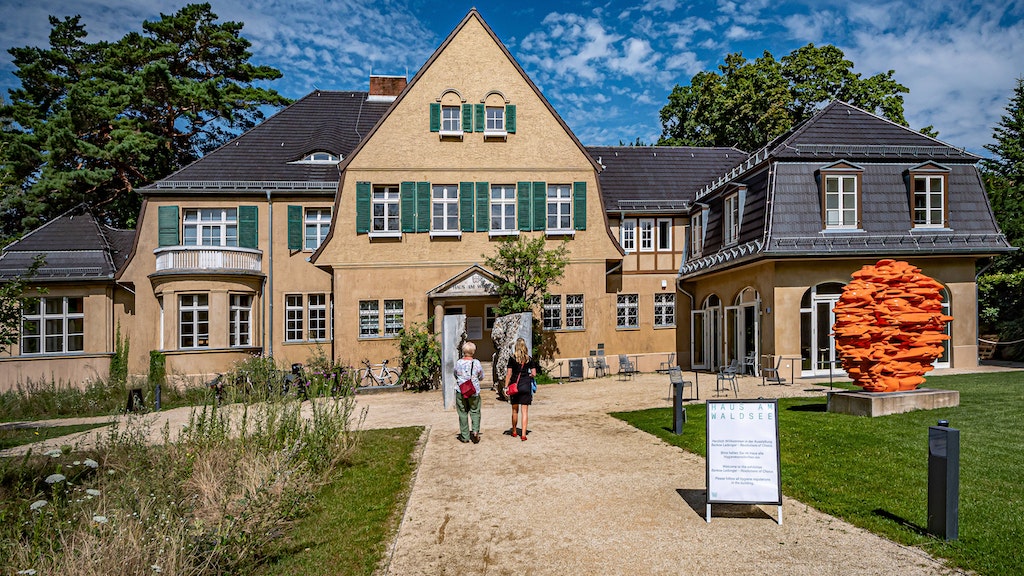 Lengfelder also thinks hotels should also be allowed to reopen for tourists. "What surprises us about the whole discussion: Why weren't testing stations set up long ago? Why aren't there more vaccinations? Who was asleep there?" the Dehoga boss said.

"We have to actively defeat the virus: vaccinate and test. It's depressing that everything is moving so slowly."

An explosion in the number of infections would currently be the worst scenario for the industry, he said. A quarter of the restaurateurs in Berlin and Brandenburg are already thinking of closing down for good. "Many have their backs to the wall financially. Smaller places have no reserves left after one year. That's a real drama."

Police taxed amid demonstrations and parties

About 600 people were arrested over the weekend during protests or as officers broke up a party. Same problems, different date.