A 1981 photo from Harald Hauswald brings back memories of a now-defunct bottle deposit system.

Berlin - I was immediately reminded of today's bottle collectors when I saw this photo the other day. I discovered it in the currently temporarily closed Harald Hauswald - voll das Leben! exhibition at C/O Gallery.

East Germany also had bottle collectors, of course. People making a quick mark with empties. I called the photographer, Harald Hauswald, after I saw the photo. He remembers pressing the shutter release in 1981 at the Stadtbahn bridge at Alexanderplatz in Mitte. "It was a coincidence that I saw him. The older man walked all over the square, reached into all the trash cans."

What did he do with the useful things he found? "There was Sero in East Germany, the waste collection. You could get 5 to 30 pfennigs for glasses, bottles brought 5 to 20 pfennigs each." Children and young people were especially out there collecting. "We Pioniere were sent off from school, rang doorbells at the houses and took bottles and neatly bundled newspapers." The proceeds were donated to charity.

Reaching into the grime was worth it for the VEB Kombinat Sekundär-Rohstofferfassung (the state company for collecting reusable raw materials), recalls Stefan Wolle, scientific director at the DDR Museum in Mitte. 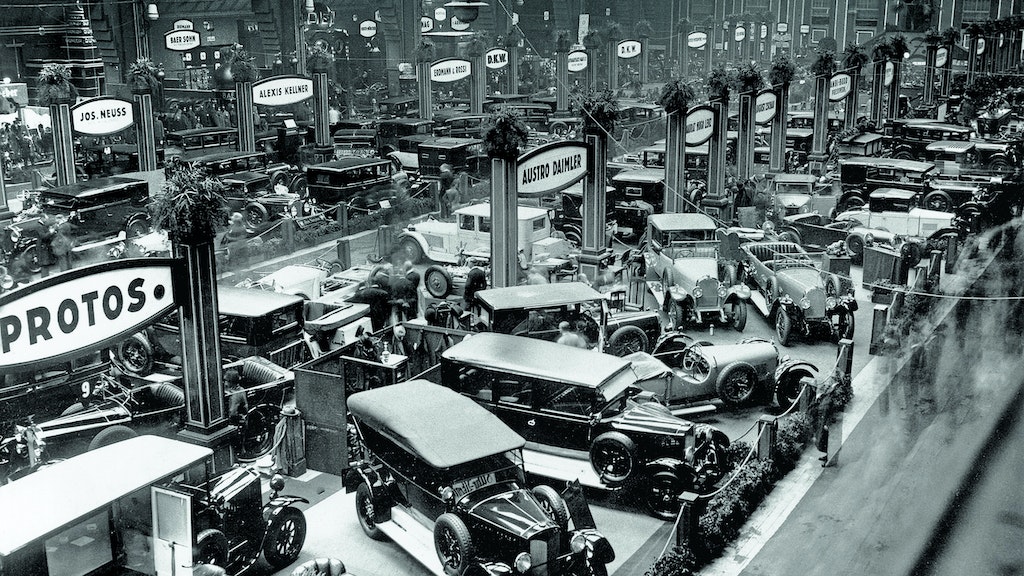 Berlin history1920s metropolis: The rush of the big city

"It was not an unusual sight. Many people did it, young and old. People were happy to do it. You could scrape together 3 to 5 marks quite quickly. That was an equivalent purchasing power as in euros today. You could afford something in the department store." And it was usually right next to the Sero collection point – how practical.

It was often very worthwhile to stroll through S-Bahn trains in the final few stations, Wolle says: "That wasn't bad money for just a few minutes."

The Sero system conserved resources in East Germany's economy of scarcity while promoting sustainable action – a worthwhile, timeless goal. "It wasn't so much an an expression of misery, but of thriftiness," Wolle says.