Did police find a club "hidden behind Späti fridge"?

Officers had some fun on social media after a routine inspection at Melancholie 2 in Mitte - but have faced criticism for suggesting a "secret" door. 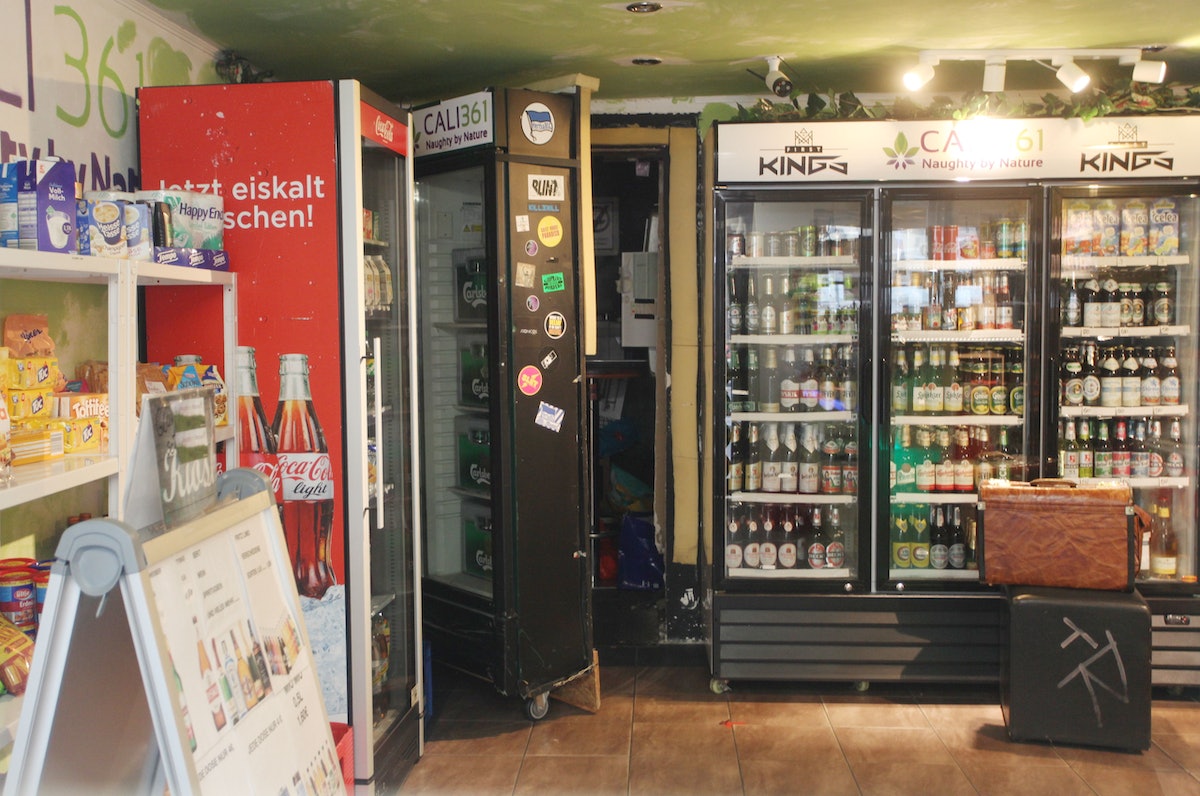 The fridge covering the entrance to Melancholie 2, the club named after the Späti.Photo: Eric Richard

Berlin-An inspection of a well-known Späti in Mitte took a surprise turn for police when they discovered the entrance to a nightclub concealed behind a makeshift fridge. The opportunity for some jovial posts on Polizei Berlin's social media channels proved too good to pass up - although officers have since clarified that the club itself was not illegal, and the fridge door entrance actually wasn't that much of a secret either.

Police posted on Facebook on Friday that they had initially entered the Melancholie 2 Späti on Brückenstraße as part of a "joint routine inspection alongside the Mitte district office". Inside they discovered a range of drug paraphernalia, apparently including in the pockets of one of the Späti staff - and subsequently decided to have a closer look around.

A fridge appearing to have crates of beer sliced in half inside provoked suspicion - and turned out to actually be a door leading to the adjacent Melancholie 2 disco. Two individuals were reportedly in the club when police discovered the entrance, who were preparing for a music live stream event.

On Tuesday morning, police said Mitte district officials had gone back to the scene for closer inspection. This is apparently the second incident in recent times at the popular night-spot that has attracted the attention of local authorities - although the exact reason for the visit has not been made clear.

Polizei Berlin shared more details from their visit to Melancholie 2 on Facebook. Officers allegedly found more drugs and other items including a baseball bat, hammer and animal repellent spray - although "contrary to expectations, no dangerous animals were found on the premises". Their post was accompanied with a picture of an officer, "Maurice", making a phone call while sitting inside the Späti - captioned with the words: "This case was strange."

A backtrack followed on Monday once the claimed "discovery" had provoked lively discussion online, with many pointing out that the "gag with the refrigerator" was no secret to those familiar with the Melancholie 2 Späti and club.

According to Mitte officials, "the space behind the fridge door was an actual former club," they posted. "One thing is sure about the diversity and creative forms of Berlin's club scene: you just can't know them all."

In relation to the substances discovered during the inspection, the post added that investigators from the police drugs commissioner's office had confirmed that "during the search, substances suspected of being narcotic were found at various locations in the Späti and in the rooms of the former club."

Outside Melancholie 2, which openly sells legal CBD products and other drug-related items.Eric Richard

"Contrary to what is being claimed here in the comments and elsewhere, evidence was of course seized and will now be analysed in the course of the forensic investigation".

The Melancholie 2 disco's Facebook page offered its own take on the situation, writing on Saturday that "25 officers" had only found "a few stubs in the ashtrays, possibly containing something other than tobacco" - as well as legal CBD products which were given back to the owners. They poured cold water on the implications of the police's discoveries of tools and pepper spray, and emphasised that the club located behind the fridge is currently closed - "which anyone could have just Googled".

"Congratulations on the good job!" the post concluded. "You got a few Facebook likes out of it anyway."

This article was adapted from the original German for the Berliner Zeitung English Edition by Elizabeth Rushton.