The party's catchy slogans will burn into your brain like a bad Ohrwurm. You've been warned.

Berlin - Let's call it the start of this year's super-election in Germany. This Sunday, parties are allowed to begin hanging election-related ads in Berlin and the six parties already elected to the city-state's parliament alone say they're planning on covering Berlin with more than 100,000 posters, billboards and digital ads, according to newswire dpa.

The local campaigns call for at least 1,550 billboards and 102,500 posters featuring party slogans or candidate's mugs.

"They lend a face to the candidates," said the left-leaning SPD, which currently rules as part of a coalition in Berlin with Die Linke and Die Grüne.

Election advertising in public spaces in Berlin is considered special street use and is limited to the seven weeks prior to an election. Parties must still apply for the special usage and posters may not be hung on trees, traffic lights and light poles with traffic signs.

Helps you know the election's coming

The battle for good spaces for large posters actually begins before the posters can be placed. And campaigners have to sprint out at midnight Sunday to grab the other good spots for smaller posters.

"Posters are still an important tool for communicating content and getting our core messages in the public sphere," leftwing Die Linke said. 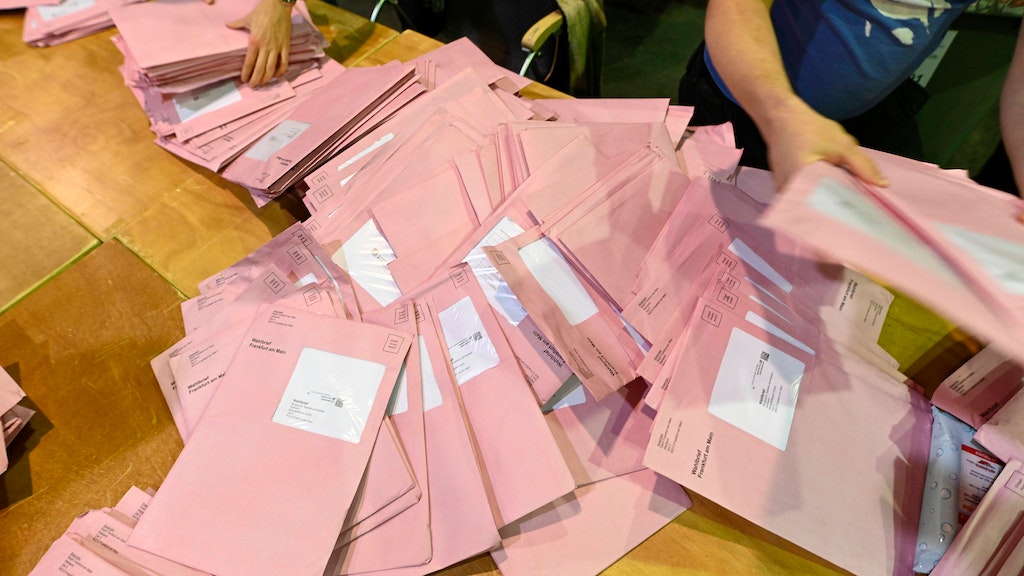 The conservative CDU was the only party not to provide any information on its poster numbers and said they raise election awareness: "The posters are the visible sign for many Berliners that elections will be held in Berlin on 26 September 2021."

Meanwhile the rightwing AfD, which is forced to place posters high on lampposts in most neighborhoods to avoid vandalism, said the posters are an "unfiltered transport of our messages."

The war of campaign posters isn't cheap. The Berlin SPD said it will pony up about €212,000 for the ads while Die Grüne said it would shell out €110,000. Other parties wouldn't provide exact figures.

The posters are just part of the broader election budgets for the organisations of national parties. Die Grüne lead the pack in campaign finance with a budget of €2.4m followed by the SPD with €1.8m and Die Linke with €1.4m. The AfD's budget is indicative of its popularity: €500,000.

The SPD is planning about 400 billboards and about 20,000 posters for the Berlin house of represenatives as well as district positions. Die Linke said it wants 12,710 candidate posters and 12,750 that highlight its platform as well as 300 billboards.

Die Grüne is armed with about 12,000 posters for 6,000 locations. In addition, 200 large mobile billboards are planned as well as about 150 for locations like subways.