Berlin - Neukölln's deputy mayor is as mad as you that you can't get an appointment to see seemingly any Berlin bureaucrat.

"It drives me up the wall that no one in this city can get an appointment at the Bürgeramt anymore to renew their ID or apply for their driver's license. It's such a mess," Falko Lieke (CDU) told the Berliner Morgenpost. And it's not just citizen complaints: he cited two examples where his own family members couldn't get services they needed from the city-state.

"There are responsibilities that citizens have to fulfill and want to fulfill - and in the end they can't get their service done, but to which they are entitled," he said.

The problem is nothing new. Berlin in June admitted a backlog of 250,000 appointments, which it partially blamed on corona. The problem led Berlin officials to meet with managers from several boroughs to discuss potential solutions. Some suggested over-booking appointments since up to a third of Berliner's don't show up for their appointment, or decreasing the alotted time for each appointment to 10 minutes from 12.

Hundreds of thousands of appointments

Berlin's bureaucrats in the Bürgerämter already work with 18 citizens each per day, or a total 5,400. That's 113,000 a month, which would mean each Berliner could head to the Bürgeramt once every two-and-a-half years before things start to back up.

But things are backing up. 146,000 appointments were made in June alone, Martin Pallgen, a city spokesperson said.

"That's 40,000 more than in the comparable month of 2020," Pallgen said. However, improvements have been made: "Thirty-eight new hires from the spring are now fully trained and moving into regular operations." 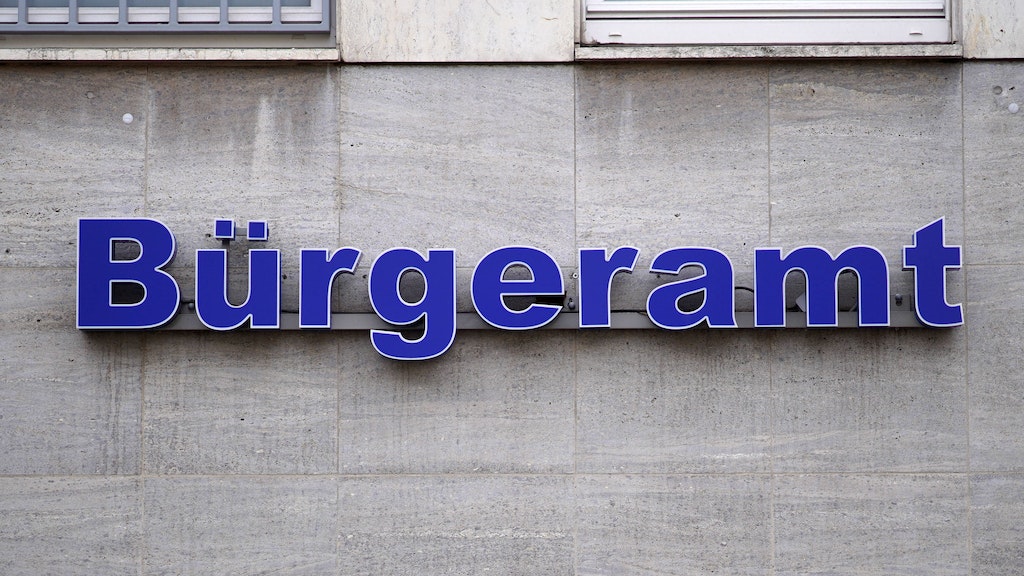 Adjustments made during the pandemic also make it possible to serve more people, he said. Opening hours have been extended to 37 hours per week.

"The measures agreed with the boroughs are working," Pallgen said.

A new Bürgeramt on Klosterstraße in the Mitte opened early this month and will begin accepting appointments next week: "This will lead to a further easing of the appointment situation."