The café has been an institution in the area for 27 years - but a dispute between its owner and the building's landlord threatens its future. 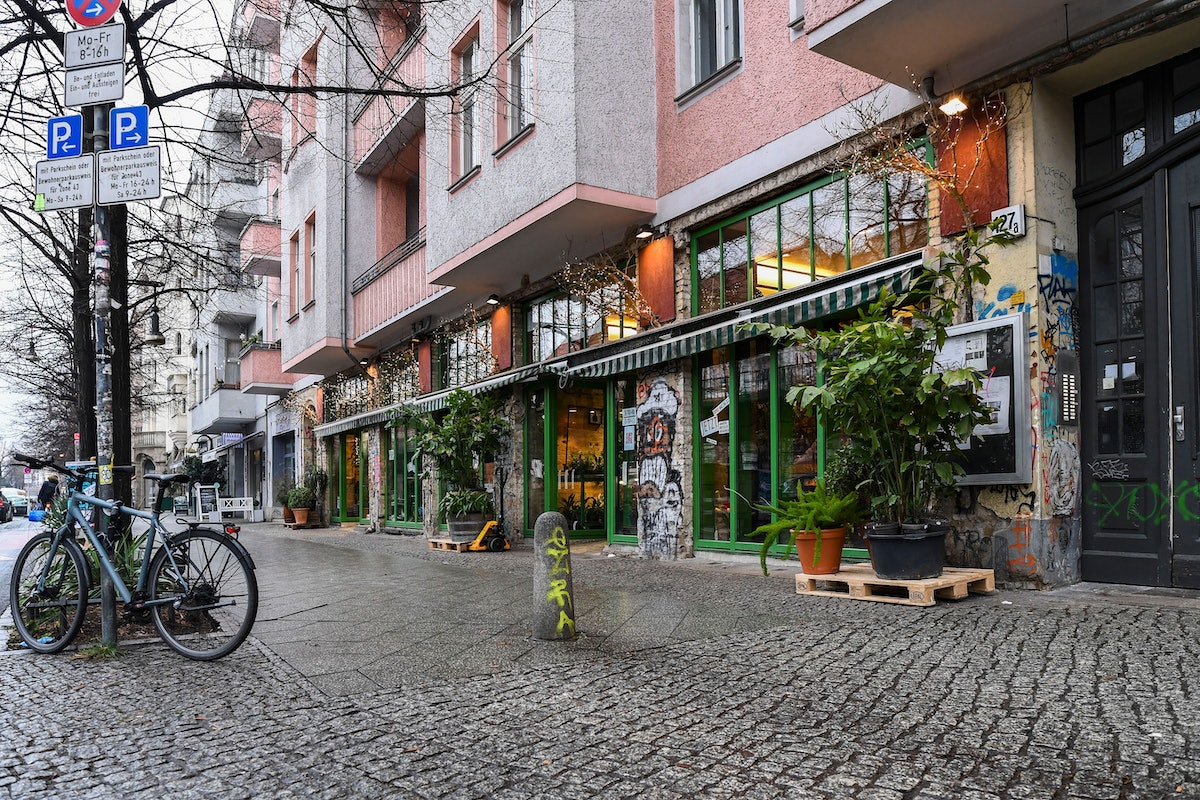 Blumencafé could only have weeks left - and it's not because of corona. Volkmar Otto

Berlin-If you don't know Blumencafé, based in the old post office on Schönhauser Allee, do you even live in Prenzlauer Berg?  A friendly garden of Eden in the middle of the Kiez, long favoured by travel writers, it has become a green living room for politicians, workers, students and tourists. Here, anyone can feel at home - Arno and Charly, the resident parrots, take everyone under their wing. But this real life urban jungle is now in danger.

Owner Michael Schaarschmidt and his team have operated out of the eastern boulevard for 27 years, and spent 15 of them at their current location, number 127a. They never would have thought it possible that they would one day become something of an endangered species.

But the owner of 127a has filed a suit for eviction against Blumencafé. Negotiations to remain at the traditional site have rumbled on for three years - but the last court decision is final. Schaarschmidt now has four-to-eight weeks left before the landlord finally orders the eviction.

"We are firmly rooted in the neighborhood"

Negotiations had seemed promising several times, says Schaarschmidt, who had previously only ever received annual contracts for the café: "We had really hoped that we could come to an agreement." The building on Schönhauser Allee had been undergoing thorough renovations until the very end.

Schaarschmidt is still paying the rent on time, even now. It's not a horrific amount, but appropriate for the location, he says. Most recently, Schaarschmidt had even agreed to extend the contract on less favourable terms, but there was no further response from the building's administrators.

Finding a new site for the 275m² café in the same area is not easy. "We are firmly rooted in the neighborhood,"  Schaarschmidt says. School classes drop by on their walking days to marvel at the parrots. It's not just Arno and Charly, two brothers aged 21, who make this place so special.

Blumencafé boss Michael Schaarschmidt (and Arno the parrot) are determined the café will survive one way or another.Volkmar Otto

Schaarschmidt tickles Arno, who bows his head and shortly afterwards takes off on a circuit around the café, cawing and swooping wide. An 8.5-tonne soundproof ceiling was specially installed to ensure the macaws didn't disturb anyone – there has been no trouble with the café's neighbours.

In fact, it's quite the opposite: Schaarschmidt greets every third passer-by, sometimes borrows a ladder, and gets goosebumps when he receives a memorial card bearing the likeness of a deceased regular from the man's relatives.

He tucks the card back on the mirror and, in spite of everything, looks toward the future. "Corona woke our spirits up, we developed new ideas," he says. Several neighbours helped to get an online store off the ground. The brunch-package with a bouquet and other products from Schönhauser Allee proved popular, especially over the holiday period.

Schaarschmidt even wanted to expand his franchise this year. Just five minutes away by bike through the Mauerpark lies the former Café Niesen on Schwedter Straße – once another living room in one of Berlin's most desirable neighbourhoods. Here, in a building owned by Rammstein frontman Till Lindemann, there were plans for new green offshoots with a second Blumencafé branch.

"But that will only work if we keep the main location", Schaarschmidt explains. The Schwedter Straße site has no facilities for preparing food, just a basic sideboard kitchen. Schaarschmidt had already worked out the delivery trips by cargo bike through Mauerpark and got the okay from local hygiene officials.

An oasis of green (and a disco ball) in Schönhauser Allee.Volkmar Otto

The actual Blumencafé, however, cannot be duplicated, Schaarschmidt says. Since 1993, the trained gardener has developed the rooms in the old post office into their own unique world. The result is a mixture of art nouveau greenhouse, flower market, coffee house and community centre.

The future of the café's 25 employees is now also at stake. Schaarschmidt is continuing to seek talks with the owner on their behalf. The gardener has prominent supporters on his side, like Gregor Gysi, a mainstay of German and European leftwing politics as well as a lawyer, who has written to the property management. District politicians are behind the café, as well as its neighbours and friends. Public interest is immense.

Taeyeon Park, 30, has been working as a florist at Blumencafé since October - and hopes she can stay.Volkmar Otto

And yes, even the owner of the building, Hamburg investor Thomas Matzen, actually has a heart for plant projects. For example, he wants to install a rooftop garden on an anti-aircraft bunker in St. Pauli, the district home to Hamburg's famous Reeperbahn red light district. A patron of the arts and honorary doctor at the Hamburg University of Technology, he has a green thumb on the Elbe, but is threatening to deforest this community on the Spree.

"This place is a gem, and I'm sure the owner has no idea what's at stake," says Schaarschmidt. And just like weeds, "it will carry on," he says. The question is not if, only where.

Operations manager Sebastian Ebert, 33, hopes a solution can be found to keep the community favourite from shutting up shop for good.Volkmar Otto

This article was adapted from the original German for the English Edition by Elizabeth Rushton.