Privileges for the vaccinated?

German foreign minister Heiko Maas thinks those who have had two corona shots should be allowed to go back to normal life sooner. Hardly anyone agrees.

Berlin - According to information on the recently launched Impfdashboard.de, 1,195,434 people living in Germany (or 1.4 per cent of the population) have received their first vaccination against coronavirus. An additional 24,741 have already received their second jab, according to the site - which is pretty flashy compared to the RKI spreadsheet that preceded it.

Clinical trials indicate that those in the latter category are now up to 95 per cent immune from coronavirus, and their number will only grow as more vaccinations are carried out. But how many people need to be immunised before things can start getting back to some kind of normality?

German foreign minister Heiko Maas (SPD) thinks that those who have received the two injections should be allowed back to places like cinemas and restaurants before the rest of us. He has said he doesn't consider such provisions a special right for the vaccinated, but rather would allow such people to exercise their currently restricted basic rights again.

Speaking to Bild am Sonntag at the weekend, Maas admitted that whilst "it has not yet been conclusively clarified to what extent vaccinated people can infect others... What is clear, however, is that a vaccinated person will no longer take a respirator away from anyone." The foundation for his argument lies in restoring "fundamental rights" both to individuals, and to establishments in the leisure and entertainment industry that have been among the hardest hit by corona.

"They [restaurants, cinemas, theatres and museums] have a right to reopen their businesses at some point, if there is a possibility to do so," Maas said in his conversation with Bild. "And this possibility arises if more and more people are vaccinated." By his estimation, vaccinated people sitting in the same restaurant or cinema theatre will at least no longer pose a danger to each other.

It might sound like a nice prospect to look forward to. But Maas' suggestions deviate from the stance taken by the rest of chancellor Angela Merkel's cabinet, as well as his own party. The most important reason, according to a statement from the Ministry for Health following Maas' conversation with Bild, is that the full extent of the immunity provided even by two vaccine shots remains unknown.

No one should claim special privileges until everyone has had a chance to be vaccinated.

"Encroachments on civil liberties must always be well justified," a spokesperson told dpa news agency. "But as long as it is not clear whether a vaccinated person can transmit the virus, there can be no exceptions."

Concern is also currently high about the potential risk of new variants of the virus like those that have emerged in the UK, South Africa and Brazil - which could pose the danger of not being susceptible to the currently developed vaccines or antibodies from a previous strain of corona.

The prospect of special privileges for the vaccinated has been around as long as the vaccines, with health minister Jens Spahn (CDU) facing questions about it in the early days of Germany's immunisation programme. From the beginning, he has taken a stance against them.

"Many people are waiting in solidarity so that some can be vaccinated first. And conversely, the not-yet-vaccinated expect the vaccinated to wait in solidarity too," Spahn said in December. "No one should claim special privileges until everyone has had a chance to be vaccinated. This mutual consideration keeps us together as a nation."

Opposition has also comes from within Maas' own party, the SPD, of which Bundestag member and health expert Karl Lauterbach, one of the leading voices in the pandemic, is also a member. "Privileges for the vaccinated are neither enforceable nor justifiable," Lauterbach said in December. He referred again to the uncertainty still surrounding corona immunisation, especially with regard to potential mutations: "We need to vaccinate a large part of the population before the virus changes so much that the vaccination may no longer be effective."

The power to introduce special privileges does not just lie with governments, however. In November, airline Qantas was the first to announce it would only accept passengers who had been vaccinated, and the International Airport Transport Association (AITA), the trade association for the world's airlines, has followed suit, with its director confirming the development of a "vaccination passport" in December.

Commentators have spoken of the influence airlines hold over whether to board anti-vaxx passengers as compulsory vaccination via the back door, even if governments aren't willing to obligate their citizens to get the jab. Could such requirements sway those on the fence about whether or not to get the vaccine, or even encourage people who were previously set against getting it to change their minds?

With scepticism as high as it is - a November survey indicated as many as half of Germans feared the vaccine "will come with unpredictable risks and side effects" - some have argued that a little pressure would not just be helpful but may even be necessary. Bavarian state premier Markus Söder (CSU) suggested vaccinations might have to be made compulsory for staff in retirement and care homes, because vaccine refusal among this crucial group was "too high".

Privileges would be "legally justifiable" - but would they be fair?

Interior minister Horst Seehofer (CSU) agrees that introducing special privileges would essentially serve as a kind of compulsory vaccination, and he is against both practices. He has also warned of the emergence of a two-tier society if rules are relaxed for vaccinated people. Maas, a lawyer by profession, admits that what he's suggesting isn't entirely fair but is nonetheless justifiable: "Yes, this will also lead to inequalities in a transitional period but as long as there is a factual reason for it, it is constitutionally justifiable."

But how long could that "transitional period" be? With a population of 83 million, some experts have estimated that it could take until the last third or quarter of this year to achieve strong general immunity among Germany's population.

Here and in several other EU countries, the start of the vaccination process has been sluggish, with accusations of under-ordering doses rife, and failures of expected deliveries are not uncommon in Berlin. On 18 January 2021, 62,541 people across Germany received either their first or second injection - which works out as 0.00000075 per cent of the entire population. 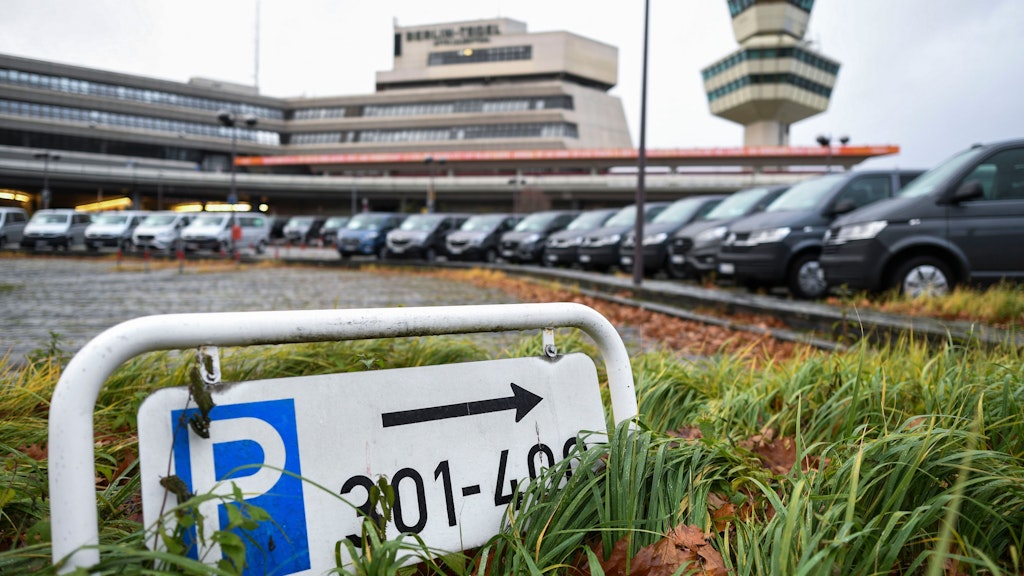