Berlin - About 2,000 people marched through the borough of Friedrichshain late Thursday in a show of solidarity for the Rigaer 94 squat, Berlin police said. The marchers threw bottles and stones at the police, according to a reporter from newswire dpa. Smoke bombs and firecrackers were also set off.

Officers responded with tear gas and waged brief tussles with protestors in an attempt to restore order. A police spokesperson said that while the demonstration wasn't peaceful, it didn't escalate.

Masked participants in black led the procession and chanted, among other things: "Pigs out of Rigaer!" Police meanwhile warned protestors to maintain social distancing and to wear masks because of the pandemic. 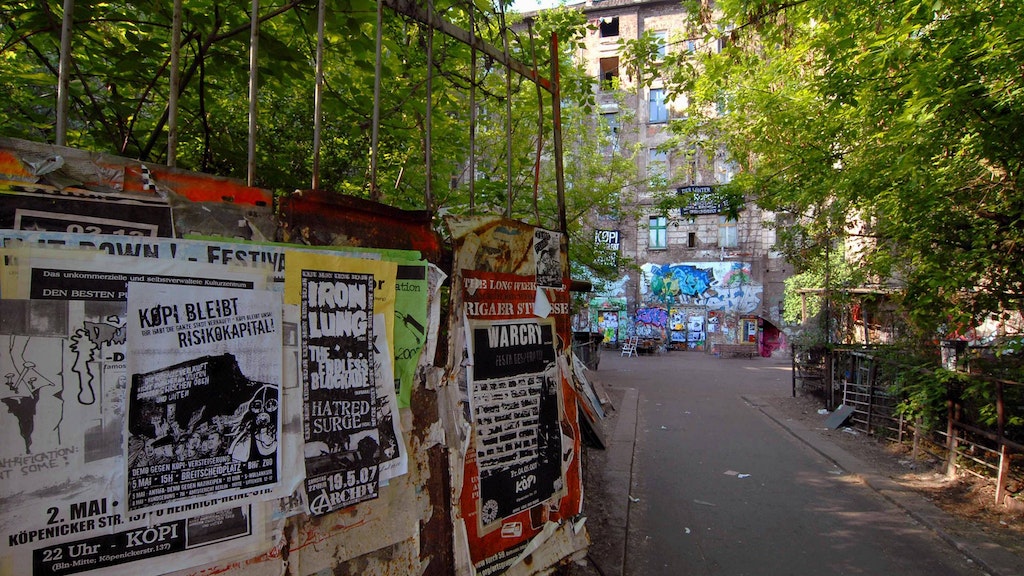 Protest Berlin judge: the Køpi trailer settlement has to go

More fireworks were set off on rooftops near Rigaer Straße, police tweeted in the evening. "Our operations director is getting a better overview through the police helicopter here."

The protest followed a forced fire safety inspection at the squat earlier Thursday. Police officers used heavy equipment to gain entry to the building. Leftwing residents, who have long called for resistance, responded with powder from a fire extinguisher and also threw paint at the officers.

The inspection was completed in the afternoon before the march. Inspectors Friday said they found no immediate fire hazards in the buildings - leftists have accused officials of attempting to use the fire inspection as a reason to shutter the squat and evict residents.

The inspectors said fire detectors had even been correctly installed in the building.

On Wednesday protestors had built fires and clashed with police as they voiced opposition to the planned inspection.