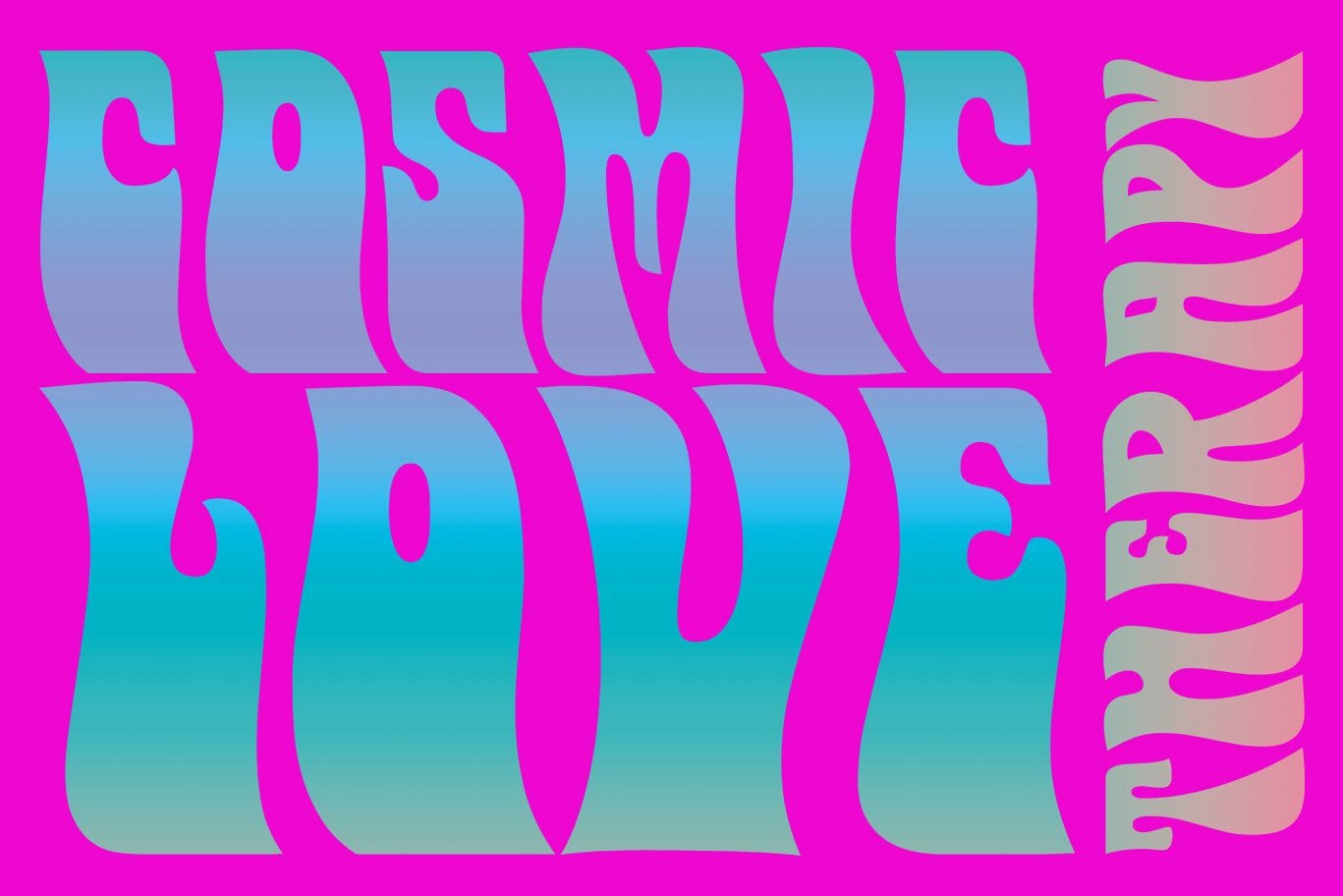 Berlin-The revolution has arrived in Berlin, the psychedelic revolution. A whole class of illegal drugs is undergoing a radical re-evaluation and now the German capital is in on the game.

After decades of prohibition, researchers and entrepreneurs around the world have been finding that these powerful, psychotropic drugs - combined with talking therapy - can provide relief for millions of people suffering for some of the most pervasive mental health disorders of our time, illnesses like depression, addiction, and eating disorders.

Tapping into the new zeitgeist, Berlin’s Charité hospital is launching two clinical studies this spring. Both are testing how psilocybin, the active ingredient of magic mushrooms, can be used to treat depression. It’s the first research of its kind in Germany in decades.

In the 1950s and 1960s, research involving LSD and psilocybin was widespread on both sides of the Atlantic. Famously, Timothy Leary (“turn on, tune in, drop out”) fed psilocybin to theology students in the 1962 “Good Friday Experiment” at Harvard to see if the drug produced mystical experiences. In short: they did. LSD was popular among Hollywood shrinks. Cary Grant allegedly did “LSD therapy” 100 times between 1958-1961 and said it changed his life. But by the late 1960s, psychedelics were linked to countercultural depravity. Criminalisation and Nixon’s “war on drugs” spelled the end of serious research.

It took more than 30 years for the stigma to lift. In the 2000s researchers at NYU, Johns Hopkins and Imperial College London began performing serious trials on the therapeutic effects these drugs could have if used in a controlled manner.

These drugs are illegal in Germany, but that hasn’t stopped people from self-medicating with them. LSD microdosing, or taking trace amounts to supposedly boost creativity, productivity and well-being – but also treat cope with depression - originated in the Bay Area, but has become a popular practice in Berlin, unsurprisingly.

Take Anna. Ten years ago, the 42-year-old Berliner was diagnosed with clinical depression. Her psychiatrist prescribed citalopram, a drug in the SSRI family of anti-depressants. For a decade, the medication helped her get a grip on her mood and her life. But it had side effects. It allowed her to drink huge amounts of alcohol and still be able to function the next morning and so she felt it encouraged self-destructive behaviour. Maybe worse was the “emotional blunting”. The lows were gone, but so were the highs. “I didn’t fall in love once in 10 years,” says Anna. “I used to fall in love all the time.”

As the corona pandemic was starting, Anna had had enough. On her own volition, she weaned herself from citalopram. After seeing a German documentary on the subject, she decided to try microdosing to self-treat her depression. Through a friend, she found an LSD supplier. Anna began taking a swig of water containing a tiny amount of the drug every three days, the optimal method according to her online research. Almost immediately, she felt better and was able to cope with daily life again.

Oddly, the LSD had no perceptible effect. No euphoria, no hallucinations. She just felt normal and able to feel real emotions. Till she took a short break because she didn’t want to mix LSD with the antibiotics her doctor had prescribed to deal with an infection. Her mood tanked and depression began to rear its ugly head again.

Meanwhile, at Berlin's Charité clinic, researchers have been preparing two separate trials for a psilocybin therapy that could potentially help people like Anna who feel they aren’t adequately helped by anti-depressants.

The first study, titled “EPIsoDE - Efficacy and Safety of Psilocybin in Treatment-Resistant Major Depression”, is being funded by the German government. The second by London biotech firm Compass Pathways.

It’s the very opposite of microdosing. In the EPIsoDE study, a randomised double-blind trial, some patients will receive a “full dose”, probably resulting in a typical mushroom experience which can include euphoria, hallucinations and a sense of unity with the universe. In short, they’ll be tripping on a hospital bed – under the watch of psychotherapists.

EPIsoDE is the brainchild of Prof. Dr. med. Gerhard Gründer, head of the Department of Molecular Neuroimaging at the Central Institute of Mental Health Mannheim, where roughly half of the trials will be held. At Charité, Dr. Michael Koslowski is the coordinator. He’ll be one of the two therapists (one male, one female) accompanying the patients on their journeys.

Koslowski explains the “study design” to me: Talking therapy is an integral part of the treatment. Several conversations prepare patients for the “substance sitting”. Therapists learn about the subjects’ depression history and work on their “intention”, the issue they what to work on. Where do they wish to go deeper? What are their goals? Both therapists accompany the test subject when the drugs are administered.

Over eight weeks, patients have two sessions in a specially prepared room. They take a pill, lie on a bed, don an eye mask and listen to carefully chosen music.

The subjects don’t know when they receive which substance. Neither do the therapists. Patients are given a full 25mg dose, a much milder 5mg or a true placebo, niacin – which can only cause jitters and flushing.

“It is not easy to find a good placebo for psilocybin,” Jaslowski says. “It’s most important to us that the patients understand that they can have a deep, antidepressant experience even with a placebo. This is due to the special situation with two therapists, listening to selected music and the intensive pre- and post-treatment. For ethical reasons, each study participant will get at least one session with a high dose of psilocybin.”

Why does it work?

Psilocybin seems to work on different levels. Dr. Koslowski: “In the days and weeks after a one-time administration, we see neuroplasticity. New synapses form. Nerve cells grow faster. This opens a window in which one can probably create a lot of change through psychotherapy.”

A metaphor can help. In his 2018 book How to Change Your Mind: The New Science of Psychedelics, writer Michael Pollan cites Medel Kaelen, a researcher at the Imperial College London psychedelics lab: “Think of the brain as a hill covered in snow, and thoughts as sleds sliding down that hill.” As more sleds slide down the hill, ruts form. Likewise, “well-travelled neural networks form…. In time it becomes more difficult to glide down the hill on any other path.” Hence, Kaelen says, “we should think of psychedelics as temporarily flattening the snow. The deeply worn trails disappear, and suddenly the sled can go in other directions, exploring new landscapes and, literally, creating new pathways.” Hence, a nudge from a therapist can have a powerful impact – causing a patient to forge a new path in their life.

Beyond neuroplasticity, Koslowski says “there’s the aspect of the subjective experience during the psychedelic sitting, which can be very powerful, even mystical.”

“Someone might confront existential things, such as their own death or what they actually want in life or seeing their relationships from a totally different perspective.”

In trials at NYU, cancer patients facing a terminal diagnosis were given psilocybin to cope with their fear of death, with astonishing success. Pollan writes: “The papers offered little in the way of a theory to explain the effects of psilocybin, except to point out that the patients with the best outcomes were the ones who had the most complete mystical experience.”

It seems that “transformation” can be triggered through psilocybin – especially when supported by “integration sessions” in which the patient later tries to process the experience with a therapist. Previous studies suggest that the positive effects can be long-lasting.

A common conception about psychedelics is that they can cause psychosis, but researchers say that nearly only occurs when they are taken without a therapist or if they or family members have a history of psychosis. Such people are automatically excluded from trials. Hence, the therapy is very safe, says Koslowski. What’s more, unlike with some illegal drugs, “the risk of dependence is extremely low.”

Psilocybin is so promising, it’s attracting large investments. Compass, which is funding the second Charité study, raised $145m at its stock market flotation in New York last fall. The firm says it’s creating “a new model of psilocybin therapy, in which our proprietary formulation of synthetic psilocybin, COMP360, is administered in conjunction with psychological support.”

Co-founder Lars Christian Wilde recently spoke on The New Health Club, a Berlin psychedelics podcast hosted by journalist Anne Philippi who has talked to just about everyone in the scene. Wilde believes the therapy will be approved within a few years and be covered by health insurance.

“If the science holds up, psilocybin can become a real option for patients.”

The company’s trials at Charité are part of a study of 216 patients at 22 sites in North America and Europe. The aim is to find the ideal dose to treat treatment-resistant depression. Subjects will receive 10mg, 25mg or a placebo dose of 1mg of psilocybin.

Speaking to Philippi, Wilde said: “Germany is a country with amnesia. While everyone in the US always says there was a ban on psychedelics in 1970s, that’s not true in Germany. We did the last psilocybin studies in the late 1990s at the University of Cologne. Germany was a leading centre, if not the leading centre for psilocybin research at the University of Göttingen where hundreds of subjects were treated for all kinds of disorders. When the researchers of that generation retired some of that knowledge was lost. I hope with these studies this knowledge will be revived.”

It looks like that’s happening. The pandemic has triggered a mental health crisis. Long-term use of anti-depressants comes with potential effects and a huge price tag. It’s no surprise the state is open to alternatives.

MIND Foundation, a Berlin non-profit promoting psychedelics claims, “psilocybin could certainly enrich, if not become a building block in the reformation of psychiatric care. The proposed treatment might be more effective for certain patients and does not require long-term medication, potentially making the treatment more cost-effective.”

Dr. Koslowski agrees new therapies are needed: “In recent years, there has been a growing understanding of when a depressed patient cannot cope with antidepressants such as SSRIs. It is becoming increasingly clear in research that there can be significant physical and psychological side effects.”

He said future research at Charité could involve direct comparison between psilocybin and anti-depressants.

Koslowski is not keen on LSD microdosing because knowledge on the long terms effects on the body was patchy. Research suggests LSD could negatively impact the heart.

“There should be more good microdosing studies. We’re not planning it because we believe that the therapeutic efficacy is lesser, because the psychological effect simply isn’t there, or the emotional breakthrough experiences, which are reported in all studies.”

I contacted Anna again and asked if she would consider taking part in the study. She said she feared she was becoming depressive again. She had contracted corona in the winter and her immune system was still weak, so she wasn’t jogging, which had contributed to her well being. And she had lost touch with her LSD supplier and would soon run out – and that was making her anxious.

She said the idea of psychedelic therapy frightened her: “You don’t know what’s going to come up” – but she’s more scared of going back on anti-depressants. Anna is applying to participate in the research at Charité.

Both studies are recruiting subjects. Those interested can use to the following e-mail addresses to get in touch: EPIsoDE study: episode-studie@charite.de; Compass study: psilocybin@charite.de