The city’s reputation as tolerant and inclusive for all often doesn’t hold true for marginalised groups like immigrants and trans women, our author says. 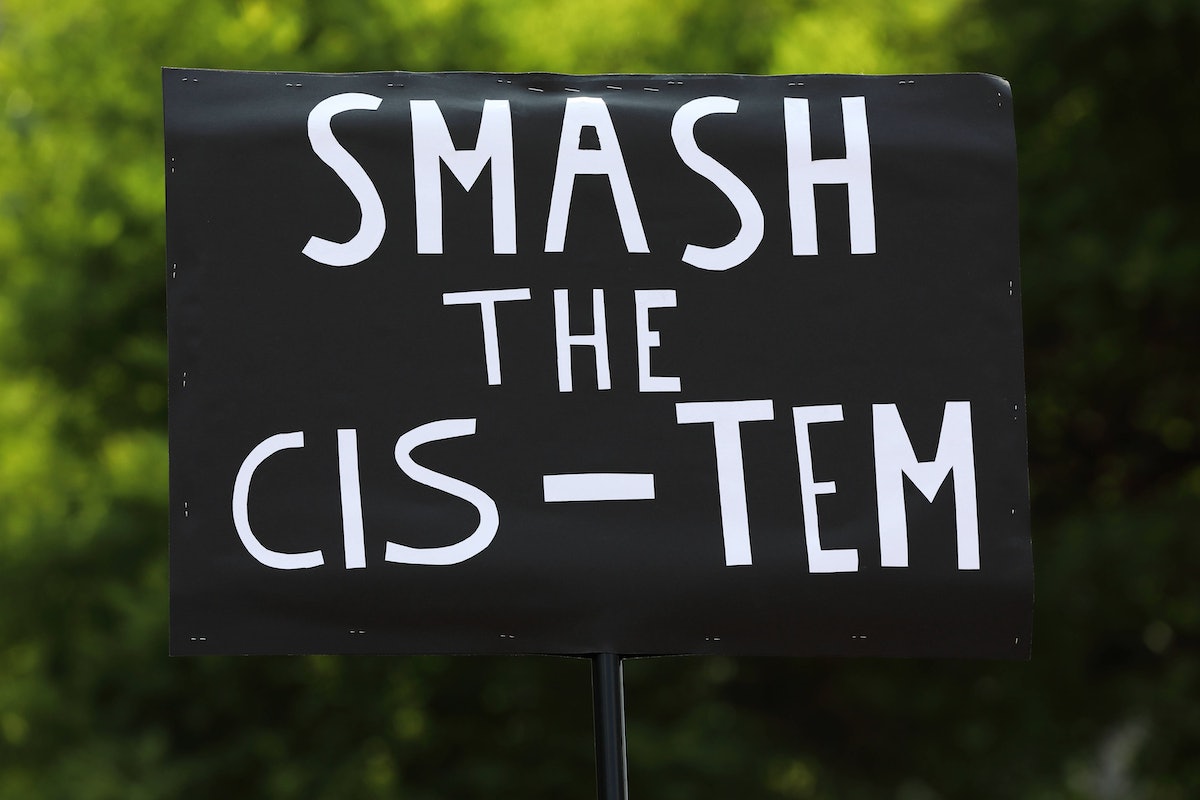 A placard at this year’s Christopher Street Day demo in Berlin calls for trans equality.imago/Müller-Stauffenberg

Berlin-Berlin is not a queer city.

This was the message at a demonstration at Platz der Luftbrücke last weekend which drew attention to the increasing number of transphobic incidents in the city. Instead, Berlin is a gay city – still unsafe for many people who are not cisgender, white and gay.

On 4 August in Lichtenberg, a non-binary trans person was sitting outside eating watermelon when they were approached by a man who shouted a transphobic slur before pulling out a gun and saying: “I’ll shoot you through the head.”

That same week, a trans woman called the police after being verbally harassed. Instead of being helped by the police, she was told to go home and was subsequently arrested after she asked for their badge number and began filming them.

Earlier in July, trans filmmaker Amina Maher was assaulted while waiting for the U-Bahn at Nollendorfplatz. When a man first began to hurl verbal insults at her, Maher says people stood by and watched, only stepping in as she was forced to the ground and kicked in the stomach.

One of the reasons I moved to Berlin was because of its history and reputation as a queer city. The Berlin of my imagination was a place of sexual liberation, free of the restrictions of the straight world. For some, this is the reality. I check off all the boxes – cisgender, white, and gay – that allow me to move relatively easily through the city as a queer person.

But queer liberation does not start and end with white gay men. Addressing the continuing violence against trans people requires looking within our communities and challenging the systems of oppression we reproduce.

Stella Spoon, an organiser of last Saturday’s demonstration, called out gay bars, parties and events in Berlin that label themselves as “queer” to signal their openness to other genders and sexualities. Meanwhile, women – including trans women – still get turned away at the door. The dancefloors are still throngs of white men.

“Just saying it is a safe space is not enough,” says Spoon, who is originally from France.

That’s why she plans to organise more events in the city that are centred around the experiences of trans people under the banner Internationalist Queer Trans Liberation, the first being last weekend’s demonstration at Platz der Luftbrücke.

Following the attack at Nollendorfplatz a few weeks ago, Maher stepped up at the demonstration to share her experience.

Maher, a refugee from Iran, says Germany makes it hard for people like her to feel at home here. For example, she says Iranian gay men have a much higher chance of being accepted as refugees than trans women, and that when she arrived here, she was placed in refugee camps in rural Brandenburg, far from the queer communities of Berlin.

It’s common these days to acknowledge that trans women of colour such as Marsha P. Johnson and Sylvia Rivera were pivotal in the early gay liberation movement. But now that gay men and women have the legal right to marry, are we so quick to forget the trans women in our communities who continue to face persecution and discrimination?

Although Berlin may be a safer place for queer and trans people than most other cities in the world, that does not erase the violence that happens here.

“If we cannot live in Berlin, where can we go?” Spoon wonders.

Spoon acknowledges it may be uncomfortable for people who have been afforded certain rights and privileges to call out the transphobia, racism or misogyny that persist in our communities. It’s a vulnerable position to be in, and it can feel like surrendering these privileges. But it is also the position that trans women and people of colour find themselves in every day.

“When you are trans and you say something is transphobic, you are the angry trans woman,” Spoon says. “That’s why when you have privilege, you need to use your voice.”

On 24 July, thousands took to the streets for Christopher Street Day to celebrate Berlin’s LGBTQ communities. The incidents of transphobia that have occurred in the weeks since show us that there is little to celebrate. When trans people continue to be assaulted, harassed and threatened in our streets, we cannot continue partying as if there is nothing left to fight for.