Solidarity from Berlin to Minsk

We meet one of the founders of a group for Belarusians in Germany, a year after the fraudulent presidential election that sparked a pro-democracy movement. 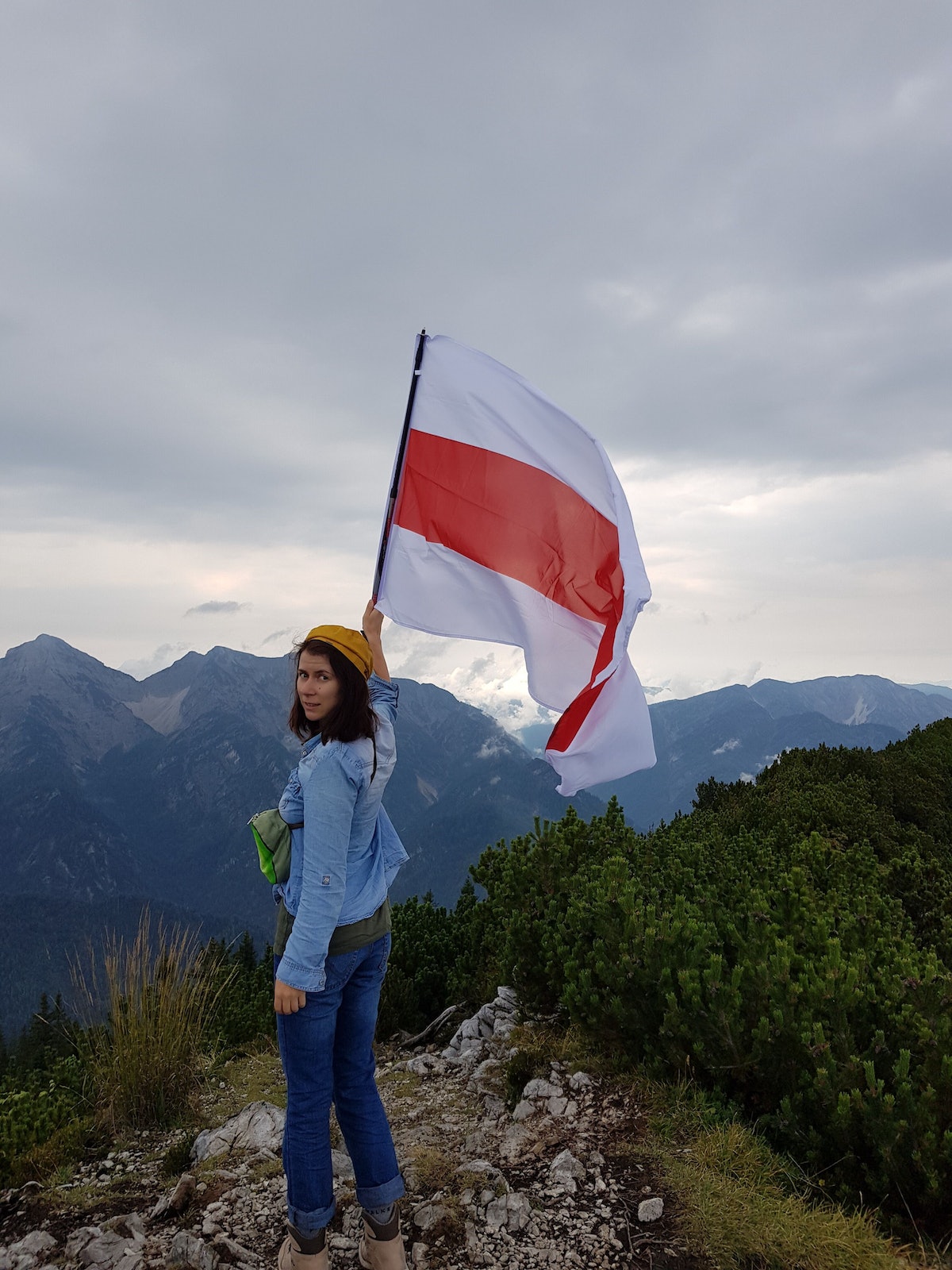 Ann, an architect from Minsk, co-founded Razam to show support for pro-democracy protesters back home.Privat

Berlin-Until last summer, Ann S. didn’t know any other Belarusians living in Berlin. Unlike other nationalities, Belarusians abroad don’t necessarily feel bound by a common sense of diaspora, she told us over the phone. “We’re not like Russians or Ukrainians,” she said. “We don’t seek each other out.”

In a year, that has changed completely. Ann is now co-founder and committee member of Razam, a solidarity network for Belarusians in Germany with a number of local groups, one of them in Berlin. Its name means “together” in Belarusian. The group was founded on 9th August 2020, the last day of voting in Belarus’s presidential election. The result, with incumbent autocratic president Alexander Lukashenko claiming victory with 80 percent of the vote, was widely viewed as fraudulent, sparking a protest movement that was met with a violent crackdown – more than 35,000 were detained.

Ann asked us not to print her surname to protect her family still living in Minsk. She came to Germany in 2016 to complete her architecture studies in Brandenburg. She never planned it to be a permanent move: “I used to work in a state firm in Minsk, but the economic conditions were so poor that I couldn’t afford to live independently,” she remembers. “My plan was to go abroad to get my master’s, work for a few years, then come back and open my own office.”

Political events have now put her plans on hold. Belarusians began peaceful protests in June 2020 against the jailing or blocking of opposition candidates. By August, Ann considered going back to support her twin brother. “I thought I could protect him by standing between him and the police,” she says. “But the police were beating up everyone, men and women. People told me I could effect more change from abroad than on the streets with them, where the internet had been shut down.” Ann’s brother has since left Belarus out of fear for his safety.

Razam has held regular solidarity demos and marches attracting hundreds in Berlin and other German cities over the last year, and has staged concerts and exhibitions of art associated with the protest movement. The group also fundraises to support families of political prisoners and pay their legal fees, or to help bring victims of police violence or torture to Germany for medical treatment. Ann says the role culture has played in the movement so far has been particularly pronounced in Berlin: “There is a huge concentration of Belarusians in exile or already living here who work in the arts: writers, directors, musicians. We’ve had a lot of support from people of all different backgrounds.” Among that community is Nobel laureate Svetlana Alexievich, who fled Minsk in September 2020. She sits on the Coordination Council, the body founded by opposition leader Sviatlana Tsikhanouskaya for the transition of power, all members of which are now either in exile or prison in Belarus. Ann and other Razam members met with Tsikhanouskaya on her last visit to Berlin in June.

Today, more than 600 political prisoners are estimated to be still in jail in Belarus. Despite the risk of arrest, walking protests and displays of the white and red opposition flag still occur throughout the country. To mark a year since the democracy movement began, Razam will hold a commemorative gathering on Sunday, 8th August, starting at 1pm on Bebelplatz. The Belarusian musician Lavon Volski, who has repeatedly voiced his opposition to Lukashenko’s regime in his work, is set to perform.

Going forward, Ann says more political action is needed. “The case of Roman Protasevich [the blogger kidnapped from a Ryanair flight to Lithuania in May] showed that this regime can’t be treated with the usual tactics,” she told us. “Many of us are quite depressed that Europe has not done more to help. Politicians have been unbelievably slow, and this has only led to more people being put in jail.” She wants to see more political cooperation with activists to find more creative solutions, as well as steps making it easier for Belarusian refugees to enter the EU. Regular people can also show their solidarity by writing to political prisoners.

Razam intends to follow the direction taken by activists on the ground in Belarus and support however it can, for however long is needed. “Of course, we hoped that we could achieve democracy quicker,” Ann says. “But our group was founded to be there in good times and bad. We in the diaspora have a moral duty to carry on the fight.”