Rigaer 94: warnings of "day X" ahead of fire inspection

Court-sanctioned fire safety checks are due at one of Berlin's last squat houses. Backlash - possibly requiring a large police presence - is expected.

Friedrichshain - After a number of court decisions in favour of the owner of Rigaer Straße 94, which is home to a communal living project going back 30 years, the radical leftwing scene is preparing for "day X". Police expect demos, but also violent riots. A post on the Indymedia said: "There can only be one response to what is now facing the Nordkiez and the structures associated with and in solidarity with Rigaer 94: resistance on the streets."

The reason for the anticipated unrest are two court decisions from last week. Berlin's Supreme Court overturned several district court decisions and declared the entry of the owner - Lafone Investments Ltd. - into the British commercial register as well as its power of representation by German lawyers valid. Lafone is a so-called shelf company, used to avoid taxes. According to information from lawyers, the company is owned by a Berlin resident who wanted to remain anonymous for fear of attacks from the leftwing scene.

Until then, Berlin's interior minister Andreas Geisel (SPD) and the police legal department had refused to provide any protection for the property manager and his lawyer on the grounds that the owner's identity was unknown. But law professor Alexander Schall of the University of Lüneburg picked apart this view in an expert testimony.

Kurt Wansner, a member of the Kreuzberg CDU, criticised the fact that the building inspectorate could have restored fire protection years ago by means of substitute measures and accused the Senat of being inactive on the issue for four and a half years. After all, the Senat is the supervisory authority for Berlin's districts, he argued.

However, Florian Schmidt (Greens), the Kreuzberg-Friedrichshain district councillor for construction, is said to have repeatedly instructed the building inspectorate to keep quiet, even though there had already been indications of alleged fire safety issues since 2016. He only relented after pressure from Berlin's interior ministry. In December, the building inspectorate then demanded that the owner have the fire protection checked by an expert. Otherwise, he would face a fine of €500,000.

The owner, the building inspectorate and the police are currently discussing when a fire protection expert will be sent to the building. The owner has not yet decided on a date. According to a spokeswoman, the district office also says: "There are no new updates on the matter." However, what is already clear is that even a simple inspection by a valuator will be taken by Rigaer 94's supporters as an affront by the state. The fire expert would have to be protected by a massive police contingent.

In any case, there is no right time for the inspection in an election year. But perhaps among the worst options would be for it to happen soon - possibly shortly before 1 May. "Fire protection cannot be postponed," says Martin Pallgen, spokesman for interior minister Andreas Geisel. "We expect action to be taken quickly now. The fire safety expert must enter the building to determine any deficiencies, which must be remedied in a second step."

According to Berlin's building code, the fire inspector is also authorised to enter apartments at 94 Rigaer Straße "to prevent urgent danger". The fundamental right of inviolability of the home is restricted in this respect, paragraph 58 states.

Rigaer 94's sympathisers speak of a "farce of fire protection" which serves their opponents as another attempt to "attack our house". "If we go down, there will be no winners," they announced. Rigaer 94 is a well-known stronghold of the leftwing autonomous scene throughout Europe and acts as a bulwark against gentrification, the influx of high-income earners. Residents are terrorised, cars set on fire, facades defaced.

There have been several massive police operations there in the past. Last July, the property manager and the owner's lawyer had to be taken to hospital after being beaten in front of the building by hooded men who came out of the building and then disappeared back inside. The anticipation of "day X" comes after the residents of Liebig 34, another notorious Berlin squat that was home to a queer shared living community, were evicted by police last year in a huge operation which attracted large demonstrations from the project's supporters. 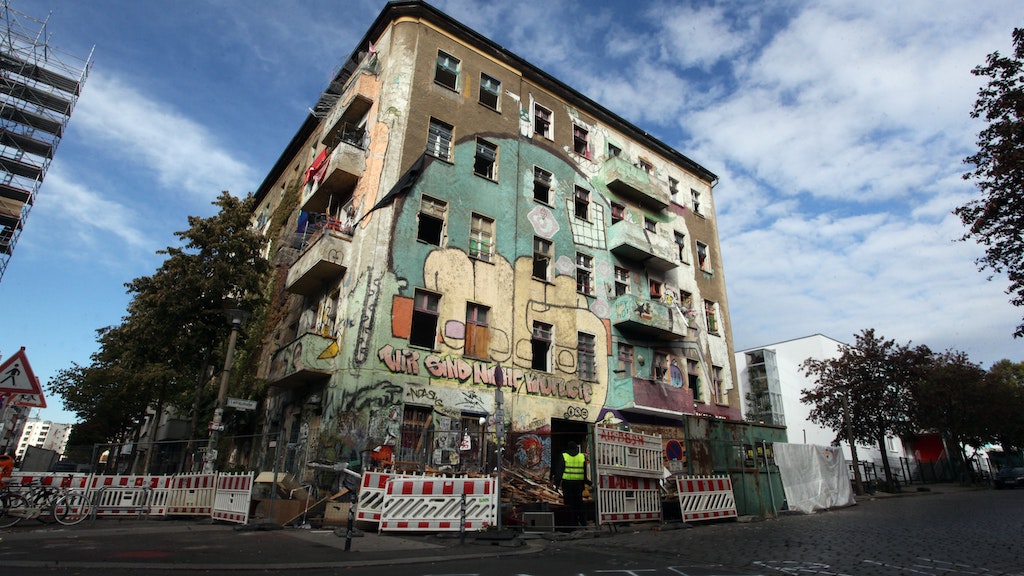 Meanwhile, the Senat revealed new figures on the security situation in Rigaer Straße. "A section of Rigaer Straße is particularly linked to crimes and misdemeanours committed by the leftwing extremist scene, which leads to a considerable impairment of the public's sense of security, especially among residents," state secretary Torsten Akmann said in response to a parliamentary question from MP Paul Fresdorf (FDP).

According to Akmann, 157 crimes against police officers were recorded last year. According to the report, 80 of them were committed by leftwing extremists. In addition, the police recorded 90 attacks on individuals. In seven cases, the acts were clearly attributed to leftwing extremists. In addition, there were 85 preliminary proceedings for damage to property. A total of 717 operations were recorded, although it was not revealed how many of these were related to the leftwing scene. Paul Fresdorf criticised the Senat for "not taking action with the full force of the rule of law and finally putting an end to the threat - especially from the leftwing extremist scene".