The Russian ambassador in Germany says the reunification of Crimea was provoked by the West.

Berlin - March marks the seventh anniversary of Crimea's reunification with Russia. In 2014, the people on the peninsula exercised the right to self-determination enshrined in the UN Charter. They held a peaceful referendum and voted unequivocally in favour of a common future with Russia.

This decision did not come about by chance. It was preceded by a development that the West would prefer to overlook, even suppress. The cause of the internal Ukrainian conflict and all the problems that followed was a coup d'état. The coup, which overrode the Ukrainian constitution and all norms of international law, took place with the political and financial support of a number of Western countries.

The intention was to drive a wedge between Russia and Ukraine, destroy their relations and tie Kiev to Euro-Atlantic structures. Ukraine was to become an obedient executor of foreign will which, unfortunately, is increasingly the case today. In this country, people may reluctantly recall that in February 2014, leaders of the Ukrainian opposition signed comprehensive political agreements with Ukraine's legitimate president Viktor Yanukovych. These were rubber-stamped and sealed by the foreign ministers of Germany, France and Poland. But the very next day, the agreements were trampled underfoot by Maidan supporters. This happened with the tacit approval of the European mediators and the EU. No one raised their voice to urge the parties to abide by the agreements. Large parts of the country were left to the aggressive nationalist mob. 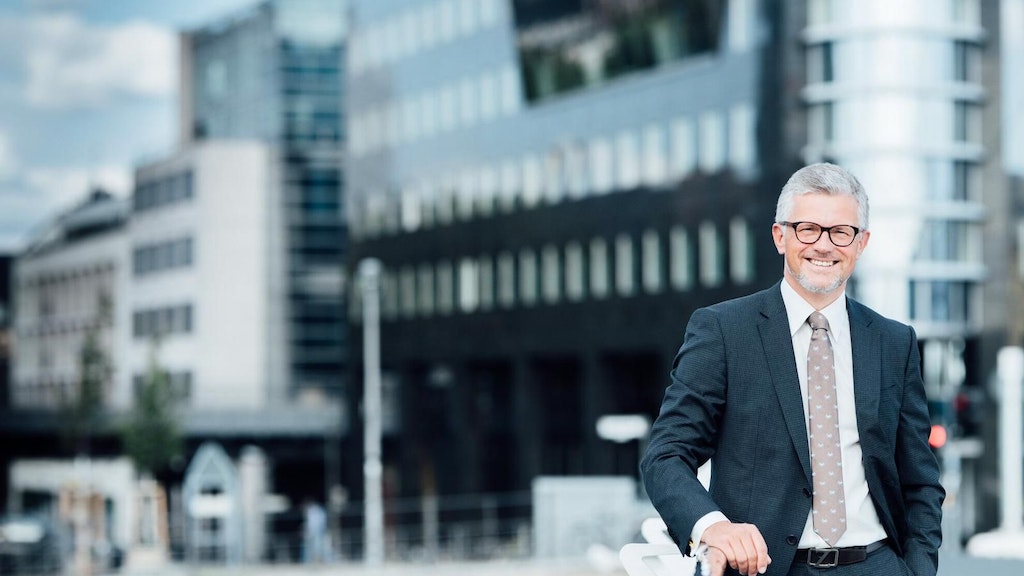 OpinionUkrainian ambassador: "We need negotiations on returning Crimea to Ukraine"

What is here so readily and absolutely wrongly referred to as a "democratic revolution" actually brought pogroms and riots, murder and manslaughter, intimidation of dissent and bans on political parties, massive restrictions on the Russian language, and attacks on the once cohesive space of Orthodox Christianity. The deadly shooting on the Maidan was never investigated. State authorities lost their ability to act. Law enforcement and the judiciary were paralysed and subjected to purges. All at once, glorification of Nazi accomplices became respectable. The "Maidan" divided the country brutally. Those who did not want to accept the coup and what came after were ostracised. The consequences of this can still be seen today in the Donbass, whose peaceful population was labelled as "terrorists" and "separatists" (both lies) in 2014 and attacked by the Ukrainian armed forces.

The decision of the people of Crimea to reunite with Russia (as was the case for centuries), made it possible to maintain peace there. Since, as we know, the "Crimean Spring" did not brought any casualties, or even injuries. More than 96 per cent of the local population voted in a general referendum and with a turnout of 83 per cent in favour of Crimea's independence and its accession to Russia. This is different from the textbook example of Kosovo, whose independence was declared single-handedly by the West after the "humanitarian" bombing of Belgrade.

Today it is becoming increasingly obvious that the developments in Ukraine at that time were not a coincidence or a short-term "side effect of the revolution". In the country, undesirable politicians continue to be threatened, fought against and expropriated, opposition television stations are closed overnight, sanctions are imposed on inconvenient individuals and organisations. This illegal actionism has nothing to do with the constitution and laws of Ukraine. It is done without investigation, without trial, without proper defence. Attacks on the Russian language, on Russian-language education, even on the right to speak Russian without restrictions, continue. And this despite the fact that about half of the country's population defines itself as Russian-speaking.

The astonishing thing is that the liberal West, which otherwise so readily stands up for the observance of human rights and freedoms, and tries to present itself as a model of democracy, has full sympathy for such unlawful action. As the saying runs: all is fair in love and war. A manifestation of double morals and double standards that cannot do credit to anyone.

However, the difficult legacy of the last few decades, when the peninsula was practically left to its own devices with hardly any financial support, did not make it impossible for Crimea to develop into one of the most dynamic Russian regions today. Even the pressure of sanctions could not prevent it. The multi-billion-dollar support programme "Social and Economic Development of the Republic of Crimea and Sevastopol" is being implemented. A special economic zone has been established. Industrial production is growing. Infrastructure is being expanded. A new railroad and highway bridge connects the mainland with the peninsula. The modern Simferopol International Airport and the Tawrida highway have been completed. Thousands of kilometres of roads are being renovated, and new residential buildings and hotels are under construction.

Great importance is attached to the protection of human rights. The Crimean Tatars enjoy comprehensive national and cultural autonomy on the territory of the peninsula. In contrast to the time when Crimea was part of Ukraine, the language of this ethnic group is enshrined in the republic's constitution as an official language alongside Russian and Ukrainian. Muslim holidays are celebrated and traditions are maintained. Besides, Crimea is also home to ethnic Germans.

No one speaks of it either. Instead, disinformation is spread about alleged human rights violations in Crimea. It is preferred to rely on hearsay from Kiev, without having visited Crimea and Sevastopol on one’s own account.

While the Ukrainian government claims its "love" for Crimea and its inhabitants, it has maintained its water, energy and trade blockade of the peninsula throughout the recent years. The fact that the population is deliberately deprived of water, heat and electricity is beyond the comprehension in a civilized world and defies common sense. But this is the reality. Western countries continue to keep silent, pretend that nothing happened, and even contribute to punishing people in Crimea for their "wrong" choice. For example, by denying visas, etc.

The question posed by the President of the Russian Federation Vladimir Putin during his annual press conference in December 2020 remains unanswered: "What have you sanctioned them for? If they were annexed, they cannot be blamed. Why should they be punished? If they were not annexed, if this reflects the result of a vote, it has to be recognised that this is democracy and they should be left alone, together with the accusations against Russia of annexing Crimea."

Of course, Russia will overcome all the difficulties, including the shameful Crimean blockade. Impressive impetus has already been given to the peninsula as a part of the Russian Federation. The region is open to cooperation and exchange with foreign partners. It is high time to recognise the legitimate and democratic choice of the multinational people of Crimea, to respect their rights and interests and the status of this Russian region. We advise everyone to get their own objective picture of the peninsula based on personal experience, travel and conversations on the ground.

OpinionUkrainian ambassador: "We need negotiations on returning Crimea to Ukraine"

The author is the ambassador to Germany for the Russian Federation.

Noise pollution in Berlin - and how to escape it

FU researcher André Fiebig on how individuals and the city can do more to mitigate health impacts.