Berlin's go-to airport for budget flights is closing for a year (at least) because of corona. There's no Tegel-like farewell - but it will be missed by some.

Berlin - On a spring-like Sunday, Oliver Pritzkow sticks out at Schönefeld Airport - him and his camera with a 400-millimeter telephoto lens. "In case I see something else interesting," he says.

There won't be many more chances for Pritzkow and other plane spotters to photograph aircraft at Schönefeld - because it's the second last day of operations, and today, Monday 22 February, it's all over. The GDR's former central airport, which had operated as BER Terminal 5 since October is shuttin down in the wake of the corona crisis. It's only going to be temporary, for a year, as airport boss Engelbert Lütke Daldrup keeps emphasising. "But I don't think Schönefeld will ever reopen," says Pritzkow.

The 48-year-old has been taking his spot in front of the main building, which once cost 100 million GDR marks, since 1976. On Schönefeld's last day Sunday, some passengers passed through arrivals, the sound of suitcase wheels rolling over leftover grit. Seven flights were scheduled for takeoff, to Varna, Alicante, Milan, Moscow, Tirana, Chisinau and Sofia. Just before before the curtain falls, a hint of normality is back again.

On the visitors' terrace with a "Russian snapper"

But the corona crisis has emptied this part of BER as well. "In February, we had days without a single takeoff, a single landing. Not a single passenger came to us then," says a staff member at the bakery kiosk in front of which Pritzkow is drinking coffee. Apart from Laggner's Alpine Hut, the kitchy fake-provincial restaurant that sits just outside the terminal, there is nowhere else to get refreshments here now - everything else is already closed. There's a sad mood in the bakery: "Today is the last day. As of tomorrow, it's closed, and I'm out of a job." 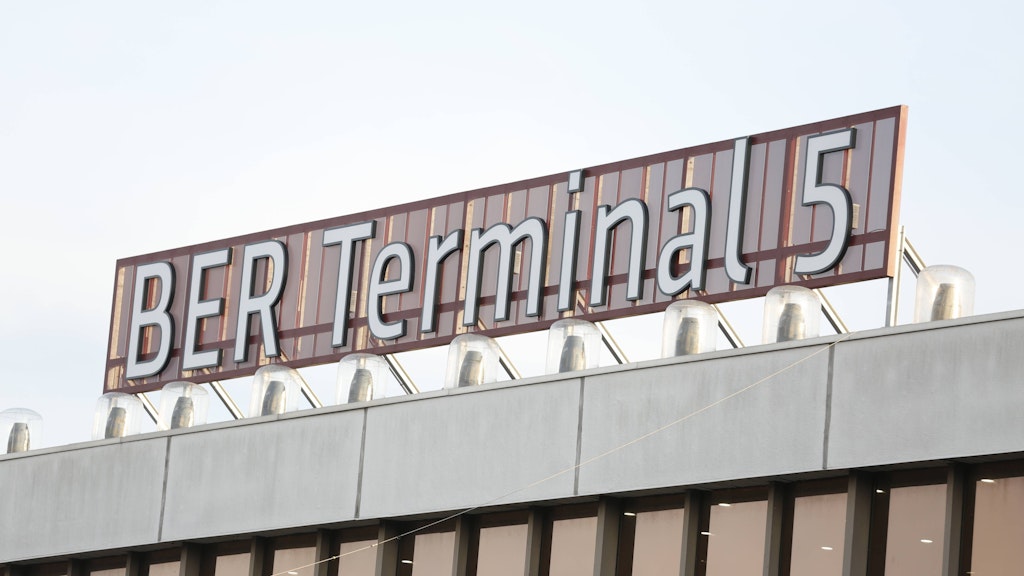 Today, three flights were still on the schedule. At 7:15 a.m., Ryanair took off for Rome. Ten minutes later, a Wizzair plane from Kyiv was scheduled to land before flying back to Ukraine at 8:05. And that was it. Building M will continue to be used as a vaccination centre and by police. But the other buildings will remain silent after the last tenants move out at the end of March.

Because traffic at BER has dropped to less than 10 per cent of pre-corona levels, Schönefeld is no longer needed for now. "Closing it will save us around 70,000 euros a day," says Lütke Daldrup. It will be a year before it is examined whether Terminal 5 is needed again. However, there is only a chance of this happening if the annual number of passengers in Berlin exceeds the 20 million mark again. That would be more than twice as many travelers as in 2020. "I don't think that will happen in the next few years," says Oliver Pritzkow. 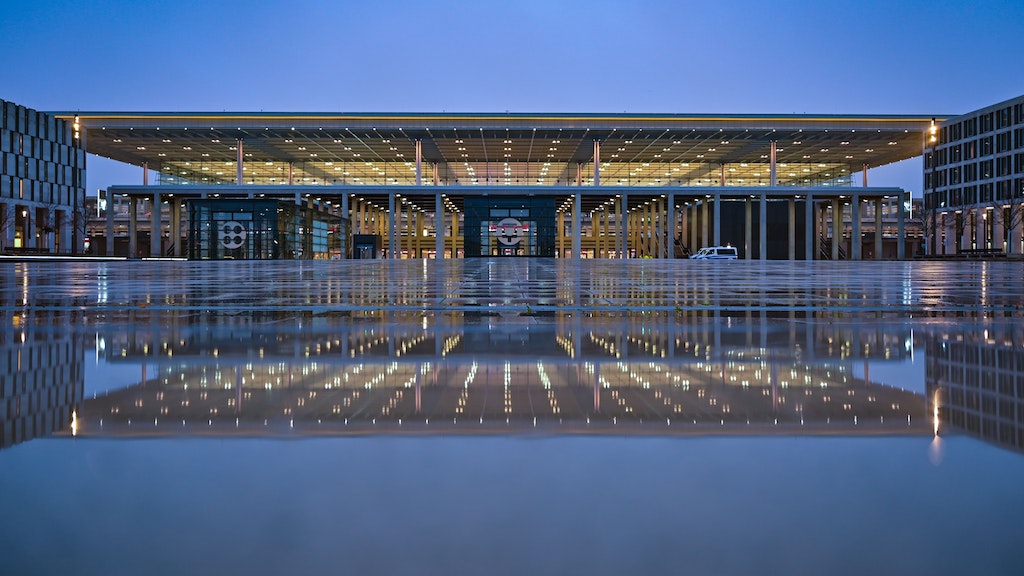 Two places are responsible for him catching the aviation bug. "We lived in Prenzlauer Berg under the Tegel flight path. And Grünheide, where my parents were long-term campers, is under the Schönefeld flight path." For Pritzkow, who now lives in Weißensee, Schönefeld was "my home airport". As a teenager, he stood on the visitors' terrace with a "Russian snapper". "There were lots of exotic types to be seen, for example airlines from Mozambique and Angola. But also planes from Western airlines."

Pritzkow has grown considerably older since then and is now a family man, but he has remained true to his hobby. His aviation news site, berlinspotter.de, is well known among air enthusiasts. His photo haul at Schönefeld, however, has been temporarily reduced. In front of parking garage 54, from which many plane spotters have taken photos, buildings block the view.

Unlike Tempelhof and Tegel, Schönefeld's last day in operation hasn't been met by an affectionate outpouring of nostalgia. That could have to do with its background serving East Germany, in which travel was severely restricted, says Oliver Pritzkow. "Of course I had wanderlust here. But back then, I also thought: you'll only get to Amsterdam or Copenhagen when you're retired." Later, SXF became Berlin's airport for budget airlines.

And local public transport is pulling out too. "As of Monday, we'll only be stopping at the station, not the terminal," says a bus driver - who outs himself as a Schönefeld fan. He says he's always enjoyed flying from here: "You can't get lost here. The airport is very clear." This one's not as big as the others - almost cosy. Too bad it's over now.