Committee presents its final report but finds no one issue that led to the deaths. Party politics influenced how committee members viewed the crime.

Berlin - A cascade of errors by security authorities made it possible for an Islamist terrorist to kill 12 during an attack on a Berlin Christmas market in December 2016, a report released by a committee in the Berlin state parliament on Monday said. However, the various political parties assess the work of security authorities and police very differently.

Committee chairman Stephan Lenz (CDU) said "no single culprit" had been found and that "no individual errors" led directly to the attack. However, he said, the committee had found numerous mistakes, especially by the police and the various constitutional protection offices, Germany's network of domestic intelligence agencies.

"It is the sum of these errors and omissions that made the attack possible," he said.

Anis Amri, the man suspected of carrying out the attack, was on file with many German authorities in several German states, under different names. The key mistake was falsely classifying Amri, a Tunisian immigrant who had been denied asylum in the summer of 2016. He was known to be a violent and possibly highly dangerous Islamist. But he was no longer routinely monitored and wiretapped because the state criminal police - the Landeskriminalamt(LKA) - no longer considered him so dangerous.

Lone wolf or with co-conspirators?

They were wrong. On 19 December 2016, Amri plowed a truck into the Christmas market at Breitscheidplatz. He escaped but was shot dead by police in Italy days later.

The committee couldn't determine if he had accomplices, contrary to the investigators' assertions. A "network or a cell" could not be identified, Frank Zimmermann, Berlin chairman of the centre-left SPD, said.  There was indeed "a network of Islamists and Salafists in Berlin," but there had been "no joint act."

The politicians disagreed above all in their assessment of the cooperation with authorities. Lenz, the committee chairman, reported "difficulties" in accessing classified files from federal police prosecutors. Overall, however, Lenz concluded, "What we wanted to see, we saw".

This included serious weaknesses, Lenz said. For example, the Berlin LKA lacked personnel, and many were overworked. In 2015, for example, the state security service which is responsible for counterterrorism had just over 380 employees. Over the years, also as a consequence of the terrorist attack, 587 posts were added at the LKA - mostly to work on politically motivated crime such as terrorism. In addition, there was "less than optimal information sharing" between at least 16 different authorities, Lenz said.

Improvements have been made

The SPD's Zimmermann also recognised "structural and communication problems between the state and federal governments," but since then many of these problems have been resolved. In Berlin, counterterrorism has "improved significantly" since then, said Zimmermann, who is also the domestic policy spokesman for his parliamentary group in the Berlin state legislature. Not only are there more staff, but the establishment of the new anti-terrorism centre in Tempelhof has ensured improved cooperation, he said. 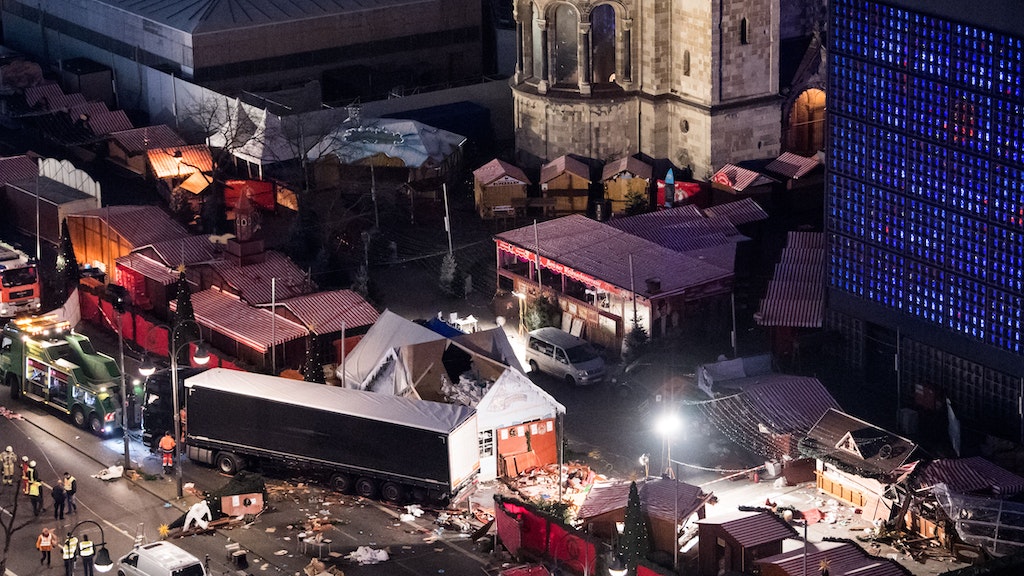 Breitscheidplatz The unsolved mysteries of the 2016 terror attack

While the CDU and SPD emphasised the positive changes, the leftwing Die Grüne and Die Linke were particularly critical. Benedikt Lux (Die Grüne) criticised the stalling of many authorities in handing over relevant files. And he was annoyed at his colleagues in the CDU and SPD for not being more critical. All in all, Lux said, there must be more control mechanisms within the authorities. Also needed was a law at the federal level regulating the work of the Berlin-Treptow-based GTAZ - the joint terrorism defense centre, which includes more than 40 agencies.

Die Linke politician Niklas Schrader also came down hard on the authorities. He felt reassured in his criticism of the work of the intelligence service. Particularly difficult had been the statement of the then-head of the federal constitution protection office, Hans-Georg Maaßen, who had spoken of a "pure police case". That was by no means the case, Schrader said.

In the end, however, everyone agreed: no new investigative committee should be set up after the national and state elections on 26 September. It would reach no new conclusions - despite a number of unsolved mysteries surrounding the attack.