Sociologist: The CDU understands conservative attitudes in the east

Researcher Raj Kollmorgen on why the AfD have remained so strong after Sunday's state election and why the Greens are struggling in the east.

Berlin - On Sunday evening, relief was widespread that state premier Reiner Haseloff's centre-right CDU was so far ahead of the rightwing populist AfD in the eastern state of Saxony-Anhalt. Nevertheless, the AfD remains very strong, much stronger than in western Germany. We talked to Raj Kollmorgen, sociologist and transformation expert at the Zittau-Görlitz University of Applied Sciences, about what the election result says about the east and what it could mean for the national elections in September.

Why does a large portion of the electorate in Saxony-Anhalt apparently not mind voting for a party with rightwing extremist tendencies?

If one understands the AfD as a rightwing populist, in parts radical rightwing party, it becomes clear that its electoral success didn't fall from the sky. The party provides an outlet for the expression of disenchantment and criticism that was already there before and which in the 1990s found a home in the PDS [today Die Linke]. The reasons for this lie in the political culture of East Germany, but above all in the implementation and the consequences of transformation and unification. Many people feel that their ideas of society, democracy and justice are not taken seriously in the political discourse. Larger sections of the population in eastern Germany can't relate to discussions on gender-neutral language, diversity and climate change. For many years, a populist protest has grown out of such experiences, disregard and dissatisfaction, which is now being expressed through the AfD. With its xenophobic positions, the AfD also strikes a nerve in an ethnically rather homogeneous state like Saxony-Anhalt. 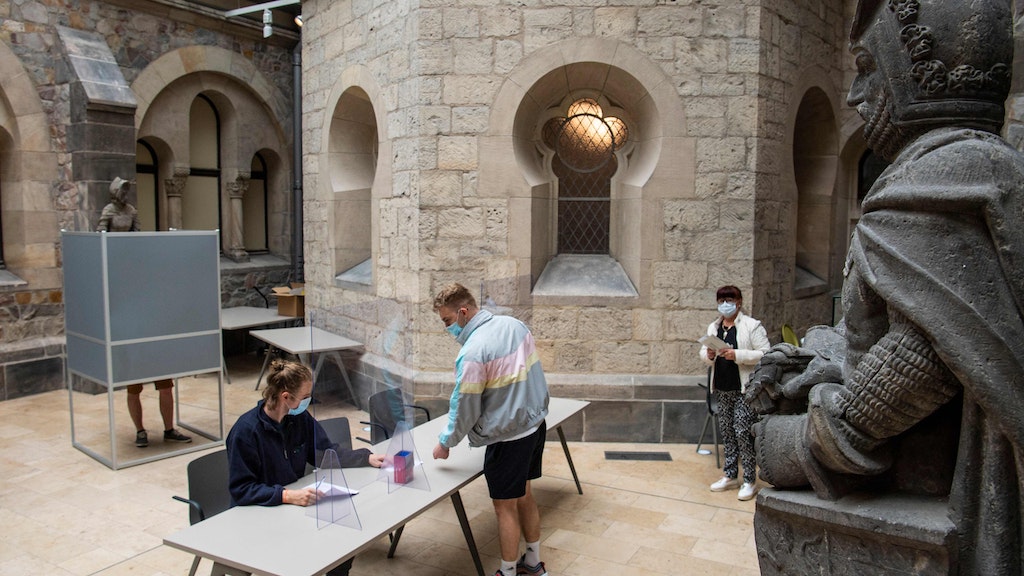 Isn't it also the case that many vote for the AfD because it guarantees that the east is heard?

Yes, there are good studies on this, for example by Detlef Pollack. People have found that if you vote for this party, you not only attract attention in your own state, but also nationally, and that works even better than it used to with the PDS as a protest party. People re-focus their politics and strive to take up the protest issues of AfD voters and redirect financial resources accordingly. This has also played a role, for example, in the structural change in the small lignite mining area around Helmstedt. The AfD is like an accelerator, a amplifier of interests, criticisms and grievances, which can then be directed towards Berlin. The protest vote is not an end in itself. It's actually relatively effective. This can be observed in all of the eastern states, and politicians have reacted to it in many ways, including in immigration policy, but also in terms of economic development.

Haseloff says he doesn't yet want to commit to a particular coalition. Will there be a continuation of the alliance of CDU, Greens and SPD?

In terms of government, it boils down to a coalition between the CDU, SPD and FDP. Anything else would be highly surprising. It suffices to say that there were problems with the Green-led Ministry of Agriculture. A Cologne university professor met farmers from the Altmark region with large-scale farms, which is the opposite of what the Greens envisage. Of course, that came to a crashing halt and there were huge conflicts.

What does the election in Saxony-Anhalt say about the upcoming Bundestag election?

The result is typical for eastern Germany. The CDU won't do as badly as predicted; the AfD will probably hold on to around 20 per cent in the east. The SPD won't win a single prize, and there are no signs of a reversal of that trend. The exceptions will probably be Mecklenburg-Western Pomerania with a strong incumbent, Manuela Schwesig (SPD), and Brandenburg. The Greens also have little to gain in the east outside the university towns, because the typical Green voter - the university-educated middle class - hardly exists in the eastern rural regions.

Is the CDU the new old eastern party?

To put it bluntly, one can speak of a kind of renaissance, because the party picks up on the conservative attitudes of many eastern Germans. Large swathes of the population take a defensive attitude towards further change. There was the transformation after reunification, now the pandemic, in the future climate change - many are keeping their eyes closed. If the CDU acts wisely, it can take up this differently grounded political culture and survive as a big-tent party in the east or become one again. Against a strong AfD, a weakening Linke and the struggling Greens, the CDU could be an anchor of stability in party politics. But it also depends heavily on individuals who are committed to the rural areas and uphold the 'eastern identity', which is what Haseloff is doing.

Before the election, a debate was sparked by Marco Wanderwitz (CDU), the government's commissioner for the east, about the eastern Germans' capacity for democracy. After these election results, can we say that they have arrived in democracy after all?

I always say: democracy starts where it hurts. Democracy is characterised by the ability to tolerate other norms, other positions. And if you take that as a yardstick, then the East Germans have not only fought for their democracy, they also live it by voting for the AfD, for example. At the same time, the election results show that the vast majority of those who went to the polls voted for parties that are firmly committed to the democratic, liberal order of the Federal Republic.