The former NPR correspondent and KCRW Berlin programme director on her new talk show, working during the pandemic and Berliner Schnauze.

Berlin - Just as the corona pandemic was getting going, Soraya Sarhaddi Nelson was  beginning her new job as director of programming at the English-language radio station KCRW Berlin. Her new Berlin talk show, Common Ground, launches on 10 September. We sat down for a drink in Prenzlauer Berg, where she lives, for a conversation about her life and work, and her long relationship to the German capital.

How did you decide to trade in your job as NPR’s Central Europe correspondent to become programme manager of KCRW Berlin?

I had been the Central Europe correspondent for a long time and so it was time for me to move elsewhere. I didn't really want to go back to the States or go to another continent. I've done wars and difficult places. I wanted to stay in Berlin. My mother is German. She's getting older and she lives in Osnabrück. I feel I'm better situated here.

You worked all over the world. You've been in Afghanistan; you were based in Cairo for a while.

I’ve always have a great times when I'm in those places, when there's trouble.

So this must feel like settling down compared to that.

What changes do you want to make at KCRW Berlin?

Besides starting a talk show – Common Ground – it's making sure, for example, that newscasts are more newsy. We have Berlin news four times a day. It's made a difference already. People are commenting and we have an increase in streaming numbers. I was brought in to help expand and to make it the public radio station that people want to come to in Berlin, because there are enough English speakers here, a million people. We have a very large potential audience. There isn't a whole lot of English language news available to people living in Berlin about Berlin or about Germany. Even my alma mater NPR doesn't really cover Europe that much at the moment. American outlets in particular are turned inward to look at Donald Trump and the presidential race.

Berlin and L.A. are sister cities, and we are partnered with KCRW in Santa Monica. We carry a lot of their programming. But it's important that we're not Hollywood-centric or L.A.-centric or even Washington-centric, that we're doing justice to what happens here. That’s means having enough quality Berlin programming. We'll have two full-time talk shows. We have a music feature, Amplified. We have a great series called the Coronavirus Chronicle focused on individuals when we were in lockdown.

You began work in March. What was it like starting the new job in the middle of the lockdown?

Terrible. I’d gone to California at the end of February. We still had furniture there. Once we decided we're moving to Berlin permanently, we got those out of storage in February. I went to KCRW to meet people. The crisis was already starting in the US. They were really worried about who was coming from China. They didn't care about Europe at that time. By the time we got back here, it was just crazy. I had to put my plans for new programming to one side and worry about how we were going to create radio every day with everybody at home. And we were able to do it. I said, I know none of this is going to sound perfect, but you need to share that with the listeners. All you've got to do is explain to them what's going on. People will stick with you. They're hungry. Our listenership went up dramatically because people had nothing else to do. I made sure that we started what we call a coronavirus information sheet with all the rules, because a lot of people don't speak German here. They should. They don't. It's amazing how many people have no idea what the rules are.

What’s your new talk show, Common Ground, all about?

I'm interested in reintroducing civil dialogue. The way people talk to each other on social media is driving me crazy, in the U.S. especially. So, I wanted to do something that could address flashpoint issues here in Berlin. And believe me, there are plenty. Not everything is about Donald Trump and what goes on in the States.

As we saw at the demos and people storming the steps of the Reichstag at the end of August, right?

It's crazy because the Berlin authorities don't know exactly how or what to do with it. It's like they run from banning to having three police on the on the steps. I tried to picture how this whole thing would have gone down in the US. With Common Ground I want to give people a a forum: two people for an issue, two people against. Have them sort of chat it through and maybe come to an agreement at the end or at least have a civil discussion.

The first one will be about who is a real Berliner, because obviously it's a topic. Does someone have to be here for three generations? I talked to a guy who said his forefathers have been here since the Thirty Years War. Then you have others who have just arrived who also feel they’re a Berliner. We’re doing a live show on Monday, 7 September but we can't have more than 15 people in the theatre so people can watch it on zoom and interact, chat, ask questions. The show will air on KCRW Berlin on the 10th.

Can you tell me anything about how KCRW Berlin is financed?

My show is partly financed through a European recovery grant. There are some wealthy private donors from L.A. So it's a mixture, just like the American model where you have listeners who donate. We get nothing from the state or the Rundfunkgebühr [compulsory fee for broadcasters]. I think people don't realise that our survival depends on people donating. So, hopefully we can grow the audience and grow that pool.

How will you be tackling the US election?

We're going to try to get a transatlantic conversation going, because I don't know how much Americans realise German-American relations are damaged at this stage. I was at a wedding some years back of a second cousin of mine. His stepdad came up to me and asked what the hell, how did this happen? Why Trump? You have to explain it all the time. I feel like I'm in constant apology mode. Not all Americans feel this way. When Ambassador Grenell was here, he’d say things that were just so offensive to Germans, just so tone deaf about how Germans feel or what they believe or how you speak to each other in this country. 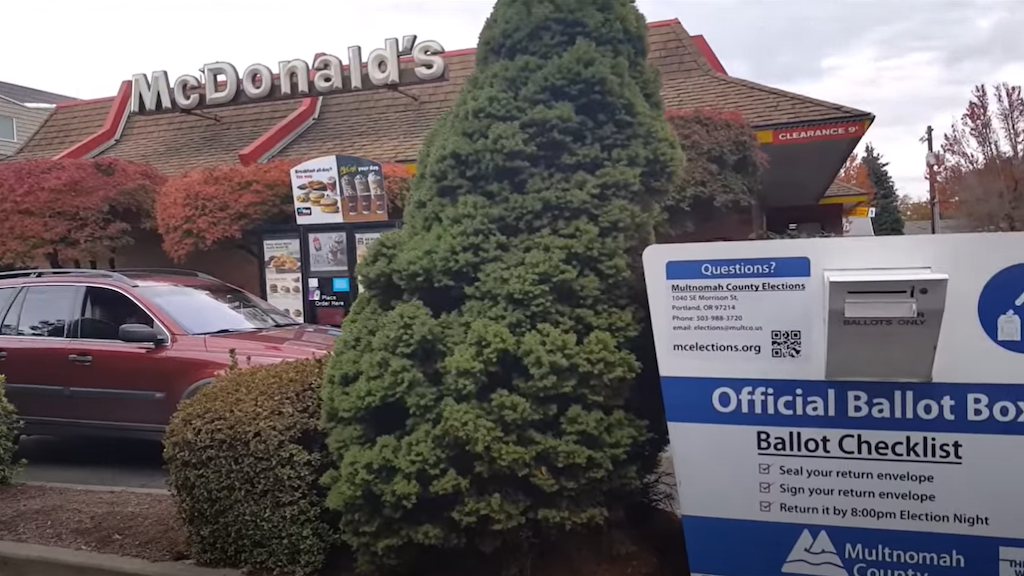 Now for fun questions: What’s your favourite place in Berlin?

It's going to sound crazy, but Alexanderplatz. I came here in the late 1970s when I was 14. The thing that was so fascinating to me was the Cold War. Riding on the u-bahn. I was snapping pictures. People were yelling at me in the train because back then the cameras had those little flashes. I took pictures of the East German guards on the platform. I came back when I was 18 on a school trip. We went to East Berlin and they took us to Alexanderplatz. I remember very clearly the East German tour guide taking us to what I think is now Galeria Kaufhof. There was a washing machine in the window. She said, "See we have everything here, like in the West." That and the TV Tower. It made a real impact on me. Even now, we have a balcony from where you can see the Fernsehturm. I still very much identify it with my youth and my experience with Berlin. I know it's very touristy to say Alexanderplatz, but it represents the evolution of the city and it just speaks to me.

What is something that you find like irksome in daily life here?

The Berliner Schnauze. As somebody who is multi-ethnic and has encountered some prejudice, at first I thought everybody was just really prejudiced because they're all so nasty. But then I realised that this is just how people talk to each other. Then I recognised that people are very direct here, so I don't take it so hard.

Is it sometimes mistaken for racism?

I think it is. I'm sure it's misinterpreted by people who come here. It is very harsh when I compare it to, for example, western Germany. In Osnabrück, where my mother lives, everyone says, "Guten Morgen!" Nobody says "Du" automatically when you go into a store. People here are much more direct. It just rolls off me now. I don't pay attention to it anymore.

What do you love about living here?

I love the vast array of people from different walks of life, different classes, different ethnic groups. It's laid back, very free. It's amazing. Just some of the artistic growth that's happened in this town. It's just spectacular. Little things, like the Thaiwiese. I love that. It’s a fascinating city. And it's unlike any other in Germany. I feel like I fit in here. I'm not an outsider.