The sewage system has a hard time coping with heavy rain. Overflow can cause problems for humans and fish.

Berlin - Bathers in Berlin beware. During extended stretches of hot weather, microscopic worms, known as cercariae, can be found in shallow water, the city health department has warned. Contact to the creatures can cause skin irritations, said spokesperson Silvia Kostner.

Heavy rainfall in summer brings relief to the heat but brings with it other problems. Berlin's sewer system often can't cope with the amount of water, causing it to overflow. An inundation of plant debris, dirt and faeces can result in a lack of oxygen in canals and other slugglish bodies of water, which can result in a die-off of fish and various contaminations.

So far this summer, though, there have been few concerns at Berlin's lakes. Water quality is checked regularly. Restrictions were recently imposed at Flughafensee near Tegel because of a strong increase in blue-green algae. This type of cyanobacteria, which shimmers green rather than blue, forms due to an excess of nutrients in the water. A high concentration of blue-green algae can cause skin irritation and nausea. The amounts of blue-green algae in warm water can usually be expected from the end of July, Kostner said. 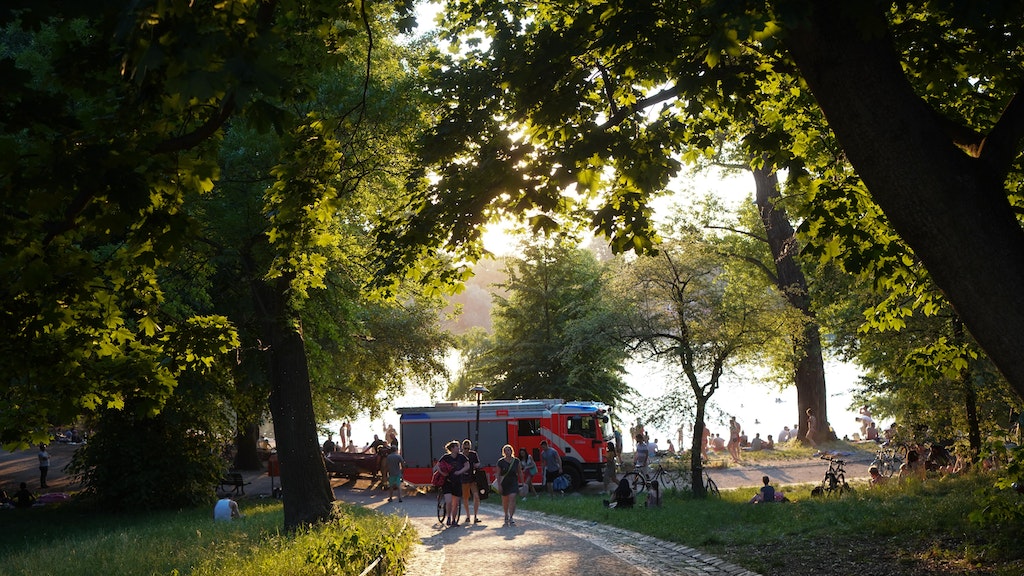 By contrast, it is difficult to measure the presence of cercariae in the water. Infestation occurs mostly in shallow areas that are overgrown with water plants and populated by snails. This is because the worm eggs enter the water with bird droppings and infect snails in the shore area. In them, cercariae can thrive, which then swarm out as larvae to find their natural hosts - water fowl- once more.

Sunscreen and a vigorous rubdown

When bathers become infested, cercariae bore into the skin and die a short time later, resulting in small red spots and mild itching known as swimmer's itch or cercarial dermatitis. Those with sensitive skin can also develop wheals and suffer severe itching. Sometimes a visit to the dermatologist is needed.

According to the health authorities, waterproof sunscreens and a vigorous rubdown with a towel after bathing can help prevent infection. Wet swimwear should be taken off immediately. In previous years, infestations of cercariae were reported at Krumme Lanke and Großer Müggelsee.

Kostner added that one of the problems at the bathing sites was man-made. Trash left on the ground attracts rats to the beaches. And rats are know to enjoy a swim, she added.

After heavy rainfall, bacteria start working in Berlin's waters to decompose what has been washed in from the sewers. But they require energy and oxygen to do this - meaning fish are deprived of oxygen. Especially at night, when bacteria can't photosynthesise and cannot produce any new oxygen.

"A fortnight ago we collected about 2,000kg of dead fish," reports Derk Ehlert, a wildlife official at the city environmental department. But that's not much compared to the past. Between May and September, an aeration boat traverses Berlin's waterways at night. But a fish die-off is impossible to avoid entirely, said Ehlert. On the other hand, the swamp crayfish that have entered Berlin's bodies of water don't mind the lack of oxygen at all. "They simply keep their heads above water," he said.