An attorney for the 52-year-old says the firing may have been illegal and points to the question of her culpability. An initial hearing is next week.

Berlin - The 52-year-old nurse accused of killing four in a home for the disabled in Potsdam is going to court to appeal her termination following the incident.

The caretaker at the Thusnelda von Saldern Heim in Potsdam, which is part of the larger Oberlinhaus campus, is appealing her for-cause firing at a labour court in Potsdam, east of Berlin. The appeal was confirmed by court spokesperson Robert Crumbach - the case is slated for Thursday 10 June.

The caretaker had worked at the home for three decades before she allegedly killed four residents in the evening of 28 April with a knife. The two women, aged 31 and 42, and the two men, aged 35 and 56, were among the approximately 60 residents of the facility for the disabled. The suspect reportedly confessed her crime to her husband that night and only after he informed police were the bodies found.

A fifth victim, a 43-year-old woman, survived and was able to return to the facility after emergency surgery and a lengthy stay in the hospital.

The nurse was fired immediately following the alleged attacks twice without notice for "behaviour and personal" reasons, Henry Timm, the suspect's lawyer, said. She was served with termination papers on 3 and 19 May. The suspect was also sent a letter by Oberlinhaus to discuss the events on 28 April but the suspect didn't respond to the letter.

"Because Oberlinhaus is not the prosecutor's office," Timm said.

The Potsdam attorney wants to challenge the termination in court and says the extraordinary termination may have been illegal - prosecutors are trying to determine if the defendant was culpable at the time, which could affect the legality of a firing.

He refused to comment further, citing procedural tactics. However, he did say he had tried to enter into talks with Oberlinhaus to avoid the "media hype at the labour court" but his overtures were rebuffed. 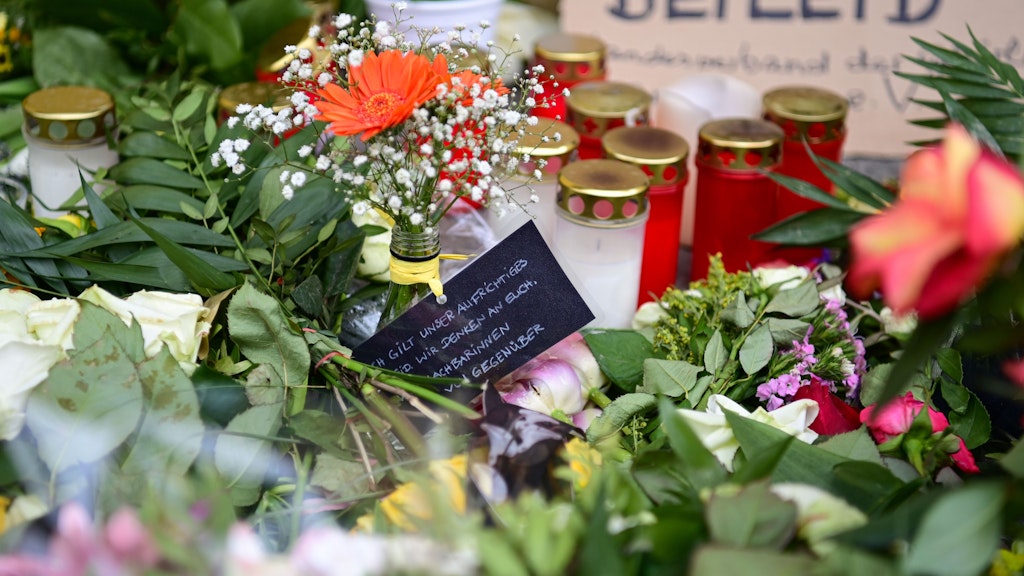 Crime Potsdam murders: why so many unanswered questions?

The attorney hopes the working conditions as well as the employer's shortcomings will come out in the trial.

"My client worked there for 32 years, and she also enjoyed working there," the lawyer said. He spoke of an absolutely "atypical case" that would be heard by the labour court.

"Of course some people won't understand the complaint," Timm said.

On the evening of the crime, the suspect's husband informed police shortly before 9pm and apparently also other employees of the Oberlinhaus. Only 45 minutes reportedly elapsed between the crime and the discovery of the bodies.

The suspect was arrested that night and a magistrate sent her to a psychiatric clinic. The woman is also the mother of two children, including one reportedly disabled child.

"My client is still silent on the criminal accusations and also the motive," Timm said.