The 5 stages of getting corona in Berlin

No matter how hard you try, corona might just get you anyway. If it does, prepare yourself for an emotional rollercoaster. 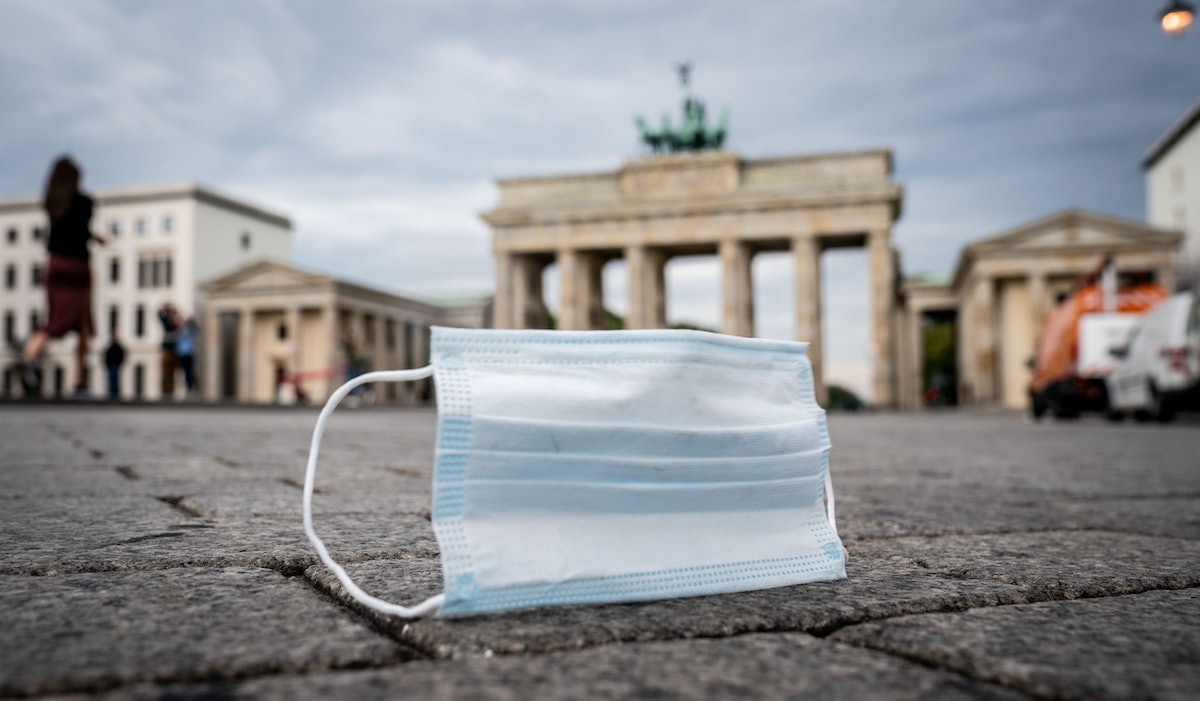 Don't do what someone's done here and drop your mask, you might catch corona.dpa

Berlin-There’s nothing like a global pandemic to give you a smack for getting too comfortable. Moving to Berlin at the end of August, I felt sure - ever the Germanophile -  that if I kept to all the guidelines, I would surely be safe from corona in Germany, Europe’s Holy Grail of Covid resistance.

Turns out I was wrong, and I’m writing this from quarantine (don’t worry, I’m fine - I’ve been lucky to avoid any symptoms). But the revelation of actually being affected by the stuff I’ve spent the last few weeks just writing about came with some unexpected turns. Due to popular demand, I’m now documenting them here.

Like most of history’s defining moments, the email with my test result landed in my inbox just as I was walking out of Rewe. I tapped through to the confirmation and almost recoiled from my phone. I was shocked - having experienced zero symptoms and put all my faith in the corona warning app which told me I hadn’t been exposed to any significant risk, I had been all set for a negative result.

An uncomfortable few minutes later I was sat on the U-Bahn heading straight home, trying not to breath too offensively and perfecting my Berliner Schnauze by obnoxiously placing my shopping bags around me so no-one would sit there. I thought about the bar of Ritter Sport I’d just bought and wondered if I could make it last 14 days in quarantine.

Before I knew it I was on my doorstep, wondering if the seemingly eternal construction work going on down my street would be done by the time I re-emerged.

2. Paranoia: Rage, rage against the dying of the clubs

Inside, holed up with my Ritter Sport, thoughts crept in of the media hot takes or political digs blaming Berlin’s young people (which includes me) for the city’s ongoing rise in Covid cases. Kreuzberg-Friedrichshain, Neukölln and Mitte have large young populations, so the consistently high rates of new corona cases there must be their fault, it’s been suggested. The kids need to stop partying, ditch the idea that youth means immunity, and wear a mask for Oma, the columns have shouted, seemingly wagging a finger at the same time.

Suddenly I felt even more uneasy. I’d done everything we are being advised to do to avoid catching the virus, and still got it - so heaven forbid anyone thinks I got it from pulling all-nighters at any of the clubs that aren’t actually open or throwing raucous house parties in my flat where I live alone and haven’t had a single visitor yet (ultimate Abstand). I shivered from the thought of how peinlich that would be, sending a chill down my spine so icy I thought it might have been a corona symptom. It wasn’t.

The next phase was one I hadn’t reckoned with before getting that test result - the realisation of just how many friends, work colleagues or other Rewe shoppers were going to be affected and have plans ruined by coming into contact with another corona case (me) brought on a crushing feeling of guilt.

It’s probably a natural human response that when something happens that’s completely out of the ordinary and our control (a global pandemic, for example), we try to make sense of it by finding an explanation we can wrap our heads around - and sometimes that means pointing the finger at ourselves and convincing ourselves there’s something we could have done to stop it. That’s what the various articles on corona guilt I read whilst trying to ignore my Ritter Sport told me anyway.

4. Desperation: Learning to love the Gesundheitsamt

Having notified my local Gesundheitsamt of my new situation, I prepared myself for quarantine life. What are you supposed to do? Plans were quickly made to watch every single thing on Netflix, but also do a complete digital detox and bake banana bread with all the ingredients I didn’t buy in Rewe. Through everything, one truth shines through - Lüften is life.

Not fully into the Berliner Schnauze grump yet, I started to miss actual human contact pretty quickly. Friends and family kept me company over text and FaceTime, but the prospect of no genuine face-to-face interaction with literally anyone for as long as two weeks was still unsettling. I started to get concerned when I realised that even the sight of a BVG ticket inspector or someone glaring at and clearly judging my shoes on the U-Bahn would be welcome at that point.

No sooner had the fourth phase properly set in, I got another call from the Gesundheitsamt with news that my quarantine would only be for 10 days, even if others I'd been in contact with have to stay locked up for 14 days. Just over a week on from my result, I’d be able to go about my business as normal and replenish my Ritter Sport supplies. The Gesundheitsamt lady asked if I have everything I need to stay home until the end of quarantine. I feel valued.

Suddenly it all feels like my brush with corona is over and done with before it really got going. Thankfully, I’m in a position where I can work from home, and I’ll be able to get through the next few days comfortably. A short while later, knowing the end is in sight, I realise many of the previous phases have now been promptly forgotten.

Having got through quarantine with no symptoms or worries about looking after myself, I’m privileged to be able to say that the worst part of the whole thing was how being isolated, apparently infected with this big scary virus, made me so annoyingly insular that I thought everyone around me would take personal offence at me accidentally exposing them to a virus millions around the world have now had.

Despite what the finger-pointing columnists or the perpetual grump exuded by so many here might suggest, it turns out getting the big C-19 doesn’t make you as much of a pariah as you might have thought.