The Berlin boom is over - thanks to corona

The city's population has stopped growing - but elected officials want to keep up the pace of new housing construction.

Berlin - The boom has come to a halt, thanks to the pandemic.

According to official statistics, the city's population was growing by 40,000 to 50,000 people per year at the beginning of the last decade. During the corona-impaged 2020, the population grew by a mere 467, well below government forecasts of about 22,500. Growth in 2021 is expected to be minimal. The Senat has lowered its projection for the first half of the year by 7,500.

These figures should be taken with a grain of salt, as last year officials admitted some of the drop in numbers was due to foreigners getting auto-de-registered after neglecting to do so themselves after moving away from Berlin.

All the same, at a Senat meeting Tuesday, the consequences of the slowdown were discussed. Mayor Michael Müller (SPD) said local leaders had assumed population growth would pick up after the pandemic.

"Opinions differ on whether we'll catch up once this is over," Müller said. How the stats are assessed could have an impact on upcoming investments. Housing minister Sebastian Scheel (Die Linke) warned against cutting spending.

"I oppose the idea of putting the brakes on investment," he said. "Already because of the gigantic investment backlog that we are putting off, that would send absolutely the wrong signal," Scheel said. "The construction industry was and remains a stable economic factor in our city during the corona crisis."

The cause of the current stagnation, he said, was the corona pandemic. "As soon as this has been overcome, we will again experience an influx, and it is likely that the development will even catch up," the Linke politican said.

The Association of Berlin-Brandenburg Housing Companies (BBU) shares Scheel's fears of a freeze in investment and has already warned against dialing back new construction.

"Since the German economy is getting through the corona crisis better than the economies of southern Europe, for example, I firmly believe that we will soon have a significant influx once more from those regions," BBU head Maren Kern said recently. Large projects such as the Tesla factory being built in Grünheide are a strong indication of future growth.

Building permits down by 9.2 per cent

However, the number of building permit figures continues to decline in Berlin. A new report from the state statistics office says construction permits for 20,459 flats were issued in Berlin last year. In mathematical terms, this means that more flats can be built than are needed each year. Compared to 2019, however, the figures have fallen by 9.2 per cent. 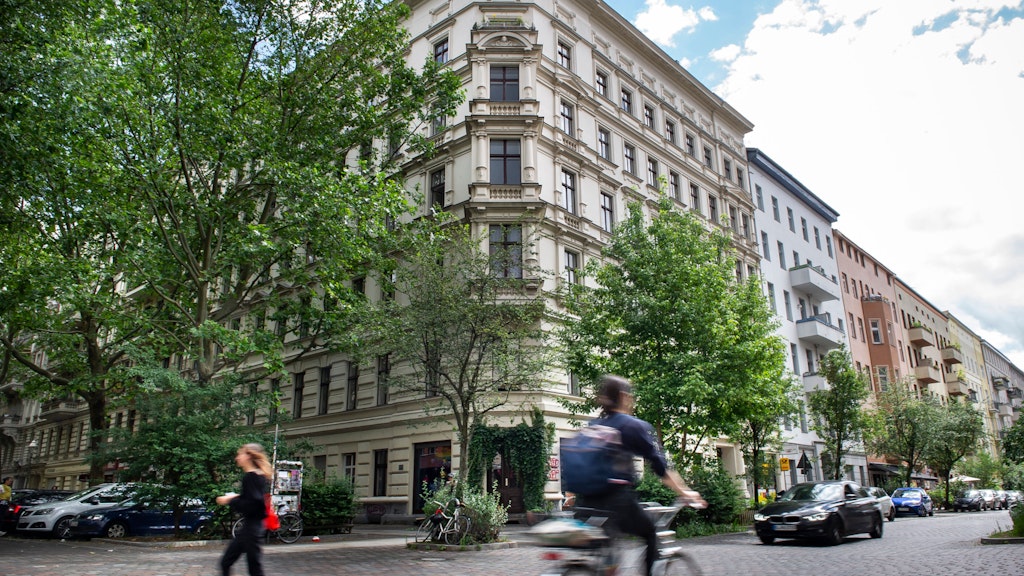 Elsewhere in Germany is seeing similar developments. In Brandenburg, the number of approved permits also dropped - by 9.6 per cent - while Hamburg recorded a 21 per cent slide.

By comparison, Scheel thinks Berlin is doing all right. "With over 20,000 permits, we're creating the necessary conditions for housing to continue to be built on a large scale," he said. "We have exceeded this target of 16,500 flats in the past two years."

Still, the Central Real Estate Committee (ZIA), an umbrella group representing the property sector, is not happy. It blames the decline in building permits on other developments.

"The rent cap and the expropriation campaign are a disaster for tenants in this city," said Stefanie Frensch, ZIA chairperson for eastern Germany. Although the rent cap does not apply to new buildings from 2014, it leads to massive uncertainty, she added.

"No one knows whether the cap will expire after five years," she said.