The project costs €40m but is expected to benefit the capital three times that amount. Next up: Extending the M10 to Moabit.

Berlin - The tracks have been laid and most of the other equipment is almost complete. Berlin's latest new tram line, a connection between the Adlershof technology campus and Schöneweide is nearly ready to open. The BVG, the city-state's public transport authority, has unveiled the final timeline for the project.

The line will begin carrying passengers in October this year, following a groundbreaking just over a year ago in May 2020, BVG spokesperson Nils Kremmin said. Power is already flowing through the new overhead lines on Sterndamm, which is being used by trams on the M60 line. Power will be added to the new section on Groß-Berliner Dam in September to allow track tests in mid-October as well as training.

"The official opening is expected to take place at the end of October," Kremmin said.

The new line and its five stops are estimated to have cost €40m, though an expert assessment financed by the European Union said the return on the expenditure will be three times that.

Up to three different lines will operate on the new track, depending on the section: the M17, M61 and M63 with up to 12,000 passengers a day. By comparison, five years ago the buses on Groß-Berliner Damm were used by up to just 1,300 people a day.

The new tram tracks reflect the growing development in the area and will connect it with Karlshorst, Friedrichsfelde, Alt-Hohenschönhausen and Wartenberg. The nearby Schöneweide S-Bahn station is also expected to gain in importance when travel resumes and BER sees greater volumes.

The new line, officially known as the Adlershof II streetcar project, has been a long time in coming. Construction was originally supposed to start as early as 2015. The current line to Adlershof, to which the new construction project connects, was also delayed: operations there were supposed to start in 1999.

The fact that the new line is the first since 2015 is a popular criticism of the city's transport head Regine Günther (Die Grüne). 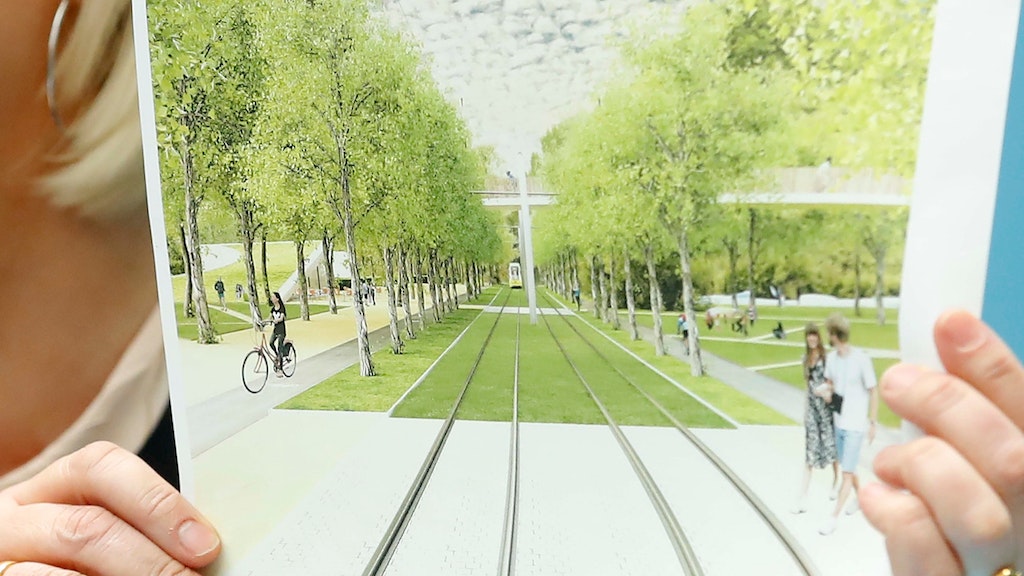 Mobility M10 tram to be extended through Görlitzer Park

"We're currently planning 15 new lines in the next 15 years. That is more than twice as much as before," Günther's spokesperson Jan Thomsen said. "We'll expand the Berlin streetcar network by almost 40 per cent by 2035. And we're buying modern, comfortable, quiet, barrier-free vehicles."

The next new construction project is already in sight: the line to the Hauptbahnhof will be extended by 2.2 kilometres to the Turmstraße subway station - in western Berlin. For decades, trams have been mostly limited to the former East Berlin.

A groundbreaking ceremony will be held on 11 August and construction will begin on 23 August, government officials have said.