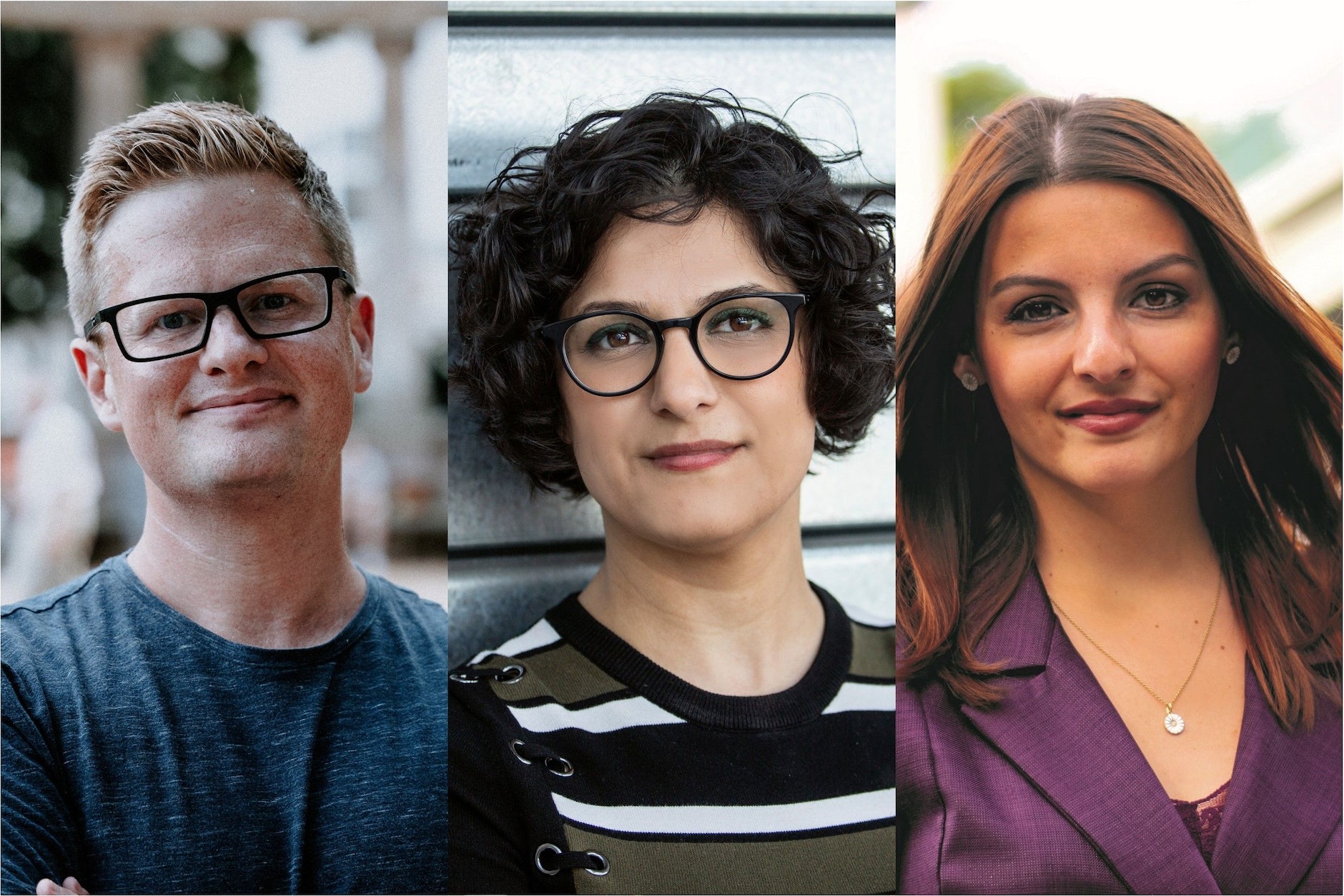 Few migrants to Berlin get to stand in elections - we spoke to some of those who will be on next weekend's ballot papers. (l-r: Chris Ward, Gollaleh Ahmadi, Ana-Maria Trăsnea)Liberale Demokraten/Julia Bornkessel/Raluca Trăsnea

Berlin-Chris Ward is a candidate in one of Berlin’s elections next Sunday - and sometimes, the 37-year-old Brit can’t quite believe it. “If you told me four years ago what I’m doing now, I'd have laughed in your face,” he says. It's been almost four years to the day since he moved to Berlin from the UK. Back then, he was disillusioned with the country following the Brexit referendum, and having grown up in Germany until the age of seven, decided to seek a new start with his husband here. Now, he is running for election to the Bezirksverordnetenversammlung (BVV) in his home district of Tempelhof-Schöneberg.

Immigrants in Germany have limited opportunities to run for political office, due to restrictions on voting rights for non-citizens that mean a third of Berlin adults can’t vote. Those that do have typically acquired citizenship, or can run for the BVV as EU citizens. The Weekend Edition of Berliner Zeitung met three of them: Chris Ward (Liberale Demokraten), Gollaleh Ahmadi (Grüne) and Ana-Maria Trăsnea (SPD).  Their paths to Berlin are varied, but for all of them, their experience as immigrants has been formative to their politics.

“The personal is political,” says Ahmadi, Green candidate for Spandau in Berlin’s Abgeordnetenhaus. Ahmadi was born in Iran into a political family: her mother wrote for a magazine that spoke out for women’s rights and her father was a trade union official. As a result, the family faced persecution and fled to Germany in 1996 when Ahmadi was 13. “The process of applying for asylum and the three and a half years we spent in refugee housing politicised me,“ she remembers. “It made me interested in who makes the decisions about these things, and how I could have an influence on that.”

Ana-Maria Trăsnea also came to Berlin at 13 from Romania in 2007, shortly after the country joined the EU. She grew up in Treptow-Köpenick, the district she is now campaigning to represent in the Bundestag for the SPD. When she started school, she was the only foreigner in her class, and faced racist bullying from her peers. But she also used opportunities she hadn't had at school in Romania to confront the situation.

“I realised as soon as I started school that class representatives could play a particular role and speak with their teachers on a level footing to make changes,” she says. “My school was part of the “Schule ohne Rassismus – Schule mit Courage” network, and that spurred me on to make sure that was actually being put into practice.” As a student and since leaving school, she has founded and supported local youth projects against racism and promoting political engagement, including in her work within her district's BVV.

Every third Berliner not eligible to vote

After Brexit, Chris Ward was only able to stand as a candidate for the Liberale Demokraten, a small social-liberal party, after obtaining his dual Irish – and therefore EU – citizenship. Now, having previously acted as a local councillor in a London suburb, he believes aspects of Germany’s political culture ought to change: for example, that small parties like his still need to gather hundreds of signatures to participate in elections, compared to just five in the UK.

All three candidates back reform to German restrictive voting rights, and say Germany's political organs need to become more representative too. 36% of Berliners and 25% of the German population have a Migrationshintergrund (meaning they either immigrated themselves or have at least one parent who did), but this applies to just 12% of representatives in the Abgeordnetenhaus and eight percent of Bundestag members. Trăsnea and Ahmadi also point out that the Bundestag is 70% male.

That can only be changed by actively encouraging participation, Trăsnea says. “Germany needs to recognise itself as a country of immigration and understand that people like me, who come from countries where there is a lot of mistrust in politics, can play an active part in democracy too,” she told us. “There needs to be more political engagement with immigrant communities to create that trust.”

Ahmadi believes German interior politics needs a feminist revamp to address ongoing exclusion. She says German society still has a hate problem, even though its nature has changed: although she no longer faces physical attacks like she did in Brandenburg in the late 90s, she has still received threats of violence and stalking since her election to Spandau's BVV in 2016, especially over her work on issues affecting women and refugees. These comments indicate to her that society has only become more polarised since 2015, she told us.

It's a climate that makes representation in politics all the more important. “People need success stories, and it makes a big difference to see someone with a similar background to them who can advocate for social changes and against racism and discrimination,” Trăsnea says. “When I speak to people who’ve lived here for decades, it gives them courage and hope for what they and their children can achieve.” Ward says constituents are often surprised to hear where he is from - “but they're usually appreciative that someone who's been here such a short time wants to represent the community.”

Ahmadi agrees: “We don’t talk enough about people’s backgrounds and how they shape who they are. People don’t know how difficult it is for migrants, especially children and young people, to feel included in society.” That’s why the first words in her Twitter profile are “Ehemalige Flüchtlingsteenie” (former refugee teen). “It’s part of my identity,” she says. “I don’t see myself as a role model, but it’s important that people see that different kinds of people can make a difference here.”