Jewish Museum Berlin : What does it mean to be Jewish in Germany today?

After being shuttered for two years, the Jewish Museum reopens with a new "core exhibition" on the history of Jews in Germany from the Middle Ages to the present day.

Berlin - A steep staircase leads up to the new permanent exhibition in the Jewish Museum. Latin and Hebrew letters projected onto the steps shift constantly to form new words, the names of German cities: Worms, Speyer, Hanover, Berlin. Immediately we’re thrust into the heart of the matter: the history of Jews in Germany, and the lives of Jews in the diaspora today. The story told here is one of fractured lives and divided identities.

The history of Jews in Germany is also a story of acceptance and exclusion, and of recurring persecution and violence.

The revamping of the Jewish Museum Berlin, the largest institution of its kind in Europe, took two and a half years. This year, thanks to the coronavirus, work was delayed by several months. The museum weathered a number of storms during the closure, a sign of the politicisation Jewish institutions are forced to confront, and the immense pressure they now face.

Former museum director Peter Schäfer renewed his own contract in order to be able to oversee the opening of the new exhibition. Then, about a year ago, he announced his resignation after the Central Council of Jews in Germany and the Israeli Government accused him of being too critical of Israel and too pro-Palestinian.

Amsterdamer Hetty Berg succeeded Schäfer in April and had to launch an exhibition over which she had virtually no influence. The chief curator is Cilly Kugelmann, who worked as the museum’s programme director for many years until she retired in 2017. She managed a 20-strong curatorial team.

The exhibition tells the history of Jews in Germany from the early Middle Ages through today, a history spanning 1,700 years – even though no such thing as Germany existed 1,700 years ago. There was Ashkenaz, though, which is what Jews called the region north of the Alps. Almost nothing remains from this early period: a ring, a seal (both of which adorned a menorah), a square amulet, into which the Shema Yisrael, the Jewish profession of faith, is engraved.

The new permanent exhibition takes the visitor on a chronological journey beginning with the earliest traces of Jewish life in German territory to the emancipation movement in the Enlightenment and its failures – all the way to the present day.

Again and again, the present is ruptured. The exhibition features spectacular audio spaces formed out of metallic columns and metal threads in which one can listen to all different types of Jewish music: Purim graggers (rattles), wedding songs. A Sabbath room split into two halves, one filled with the sounds of traffic and ringing phones, and another of absolute silence – a purely sensory experience of day of rest that lends the exhibition an aura of levity.

In its architecture, the new show enters into close dialogue with Daniel Libeskind’s idiosyncratic building. The materials and colours of pedestals and display cases reference those of the greater edifice, even the wilder features of it. And when it comes to media, the museum takes a no-holds-barred approach: apps to guide you, videos, interactive elements, listening stations – though the latter can’t be used right now, because of corona.

Although this place wouldn’t exist if the Holocaust hadn’t happened, Germany’s most important Jewish museum is no Holocaust museum. And yet the room labelled “Catastrophe” is the heart of the new exhibition, its backbone. Long white paper banners inside list the 962 decrees issued against Jews from 1933 onwards.

Antisemitism in the form of government policy, in the form of bureaucracy. Not a all a "bird shit of history", as the AfD politician Alexander Gauland once put it. Here too hangs a map showing where violence was committed against Jews, the sum of documented attacks on people, shops and community institutions – in both geographical and chronological terms. Each attack is represented by a  lightning bolt. These light up across the map as time progresses.

By 1938, all of Germany is lit up. Germans can find out what happened in their hometown here.

With its documentation of the growing number of antisemitic attacks in the Third Reich, the museum takes a clear stance against today's ever-louder assaults upon Jewish memory – and this is perhaps even more important than it was 20 years ago. There is an invisible link to a room towards the end of the exhibition themed around anti-Semitism: we’re reminded of the “circumcision debate”, the Judensau (the Jew’s sow statue at the Wittenberg city church), the word israelkritisch (critical of Israel) - and why there’s no word for “critical of France” in the German dictionary. 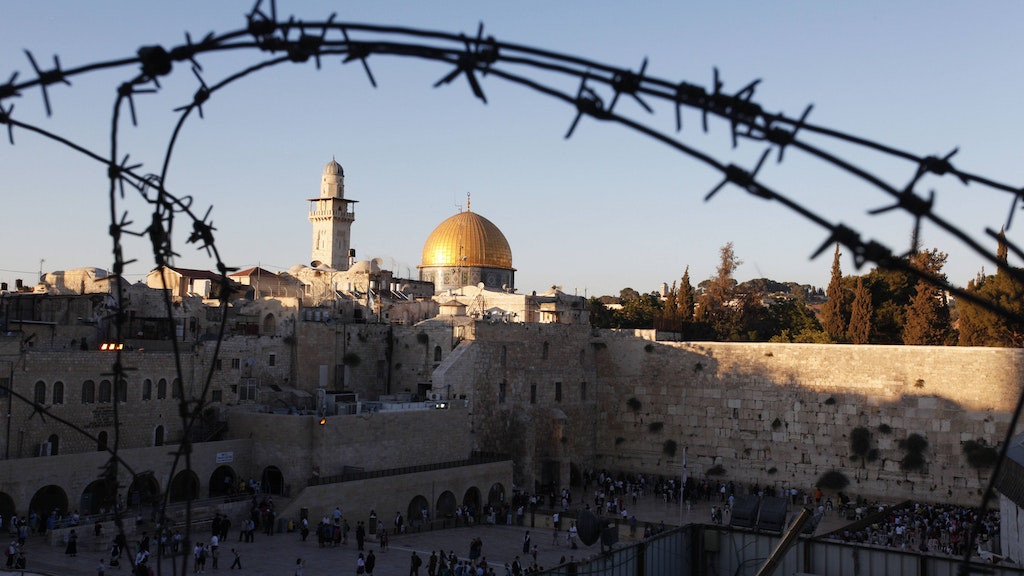 A single visit doesn't do justice to the exhibition. One could spend a whole afternoon just examining the complicated relationship of Jews with the antisemitic composer Richard Wagner. None other than Theodor Herzl is cited as saying that on the days that he couldn’t listen to a Wagner opera, he lacked inspiration to work on his book The Jewish State. It’s well worth listening to the interviews with the director Barrie Kosky and the conductor Daniel Barenboim on the subject of Wagner.

A particular highlight is an extraordinary display case containing a wealth of Jewish cultural objects: impressive Torah jewellery, Torah ark curtains, lamps. More than anything, they remind us that material Jewish culture was almost utterly destroyed in Germany.

An interactive family album on a huge touchscreen lets you trace the inherited family objects that form the centrepiece of the collection. Rudi Librowicz, for example, bequeathed the museum not only a precious Torah scroll which he was given for his Bar mitzvah in Berlin, he also gifted the museum his copy of the book Struwwelhitler that his parents gave him once the family had moved to England.

The history of Jews in East Germany remains a sidenote

The new core exhibition risks taking a closer look at the present day and the decades since 1945, with a focus on reconciliation, Germany’s relationship to Israel and the Russian-speaking Jews who immigrated from the former Soviet Union.

Here, for instance, we encounter an Erika typewriter with Cyrillic keys. With this very machine, one Noam Kruk typed out applications for Jews who wanted to emigrate from Ukraine to West Germany in the 1970s.

There’s a lot here, but still it’s not enough. The post-war segment is told primarily from a West German perspective, while the history of Jews in the GDR is barely touched upon.

What does it mean to be Jewish? The exhibition provides no definitive answer. One should listen intently to “Final chorus”, part of a video installation titled “Mesubin” by Yael Reuveny that concludes the show.

“I want to be a Ninja,” cries a young boy from an Orthodox family sporting sidelocks and a kippah. Here, some 50 Jewish men and women from Berlin and across Germany –old and young, religious and non-religious—speak about what it means for them to be Jewish. Of course, it’s impossible to fit all of these people into one box. And then, at the end, all of them join together to sing a Passover song - nicely out of tune.

Such ambiguity is a strength that makes the exhibition feel almost boundless. It’s an invitation to all Berliners, Jewish or not. In recent years, locals have made up a very small proportion of visitors. Now they have a reason to return.

The new core exhibition at the Jewish Museum Berlin, “Jewish Life in Germany: Past and Present” opened on August 23.

Due to the coronavirus, time-slot tickets must be booked online: https://www.jmberlin.de/en/core-exhibition