Dance mania : The party's over and may begin anew

Historian Daniel Morat on the frenzied dancing during pandemics old and new, the euphoria of the post-Wall era and the end of the Easyjet generation.

BerlinThese are extraordinary times. Despite the lack of places to party, people are getting together anyway – and ignoring corona regulations. And what’s going to happen to Berlin as a destination for nightlife? Historian Daniel Morat specialises in the history of enjoyment – and believes we’re reaching the end of an era.

Berliner Zeitung: Mr Morat, the clubs are closed, the fun’s been cancelled. Is the world’s party capital losing its soul?

Daniel Morat: Economically speaking, culture – clubs, cinemas, theatres – has suffered more than any other sector in the pandemic. With other industries you can cushion the blow. But it strikes at the very core of culture-based businesses. It’s very destructive to Berlin’s self-image.

Besides the economic impact – is corona changing the cultural texture of the city?

Economics isn’t just at the surface; it determines the basic structure. We don’t know how things will change nor how much. And we’re also seeing a persistence. Berlin’s self-image as culture and nightlife capital won’t be thrown to the dogs so quickly.

How robust is the scene?

Berlin is still profiting from the party culture of the 1990s. In fact, the city is still munching on the leftovers from the wild 1990s. Even before the pandemic, there were discussions about club closures and gentrification. People were asking whether Warsaw was the new Berlin, or what other kinds of cultural shifts were bringing about the end of an era. One could conjecture that the corona pandemic has dealt a mortal blow.

Do you think this is more than an interruption, that the end of nightlife culture as we know it is nigh?

We don’t know yet. We can only observe what’s changing, which parts of society are particularly affected, which processes are being accelerated. In some sectors of society, we’ll very likely see old patterns of behaviour return. 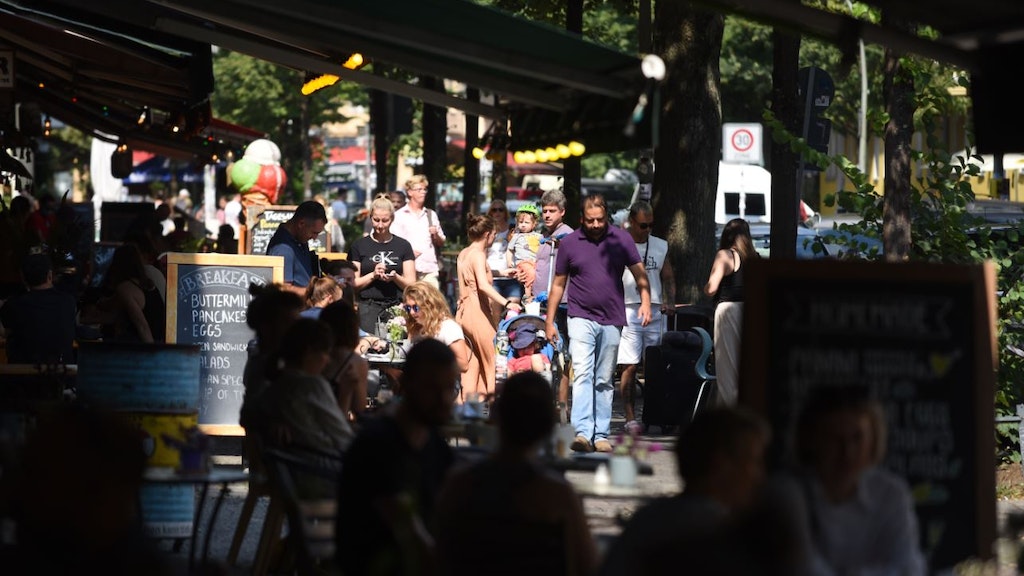 Following both the first and second world wars, there were outbreaks of wild celebration. Do you see parallels in the present?

The so-called “dance mania” broke out after the wars. If you’re looking for parallels to the wild parties in Hasenheide, then we have to look what was happening during the war. Still, the period directly following the first world war was comparable: it was in the middle of an upheaval, the November Revolution of 1918/19. While shots were being fired on the streets and the old system of domination was collapsing, people danced. Harry Graf Kessler described this time in his diary with phrases like “dancing on the volcano”. And the famous couplet, “Berlin, Dein Tänzer ist der Tod” (“Berlin, your dance partner is death”) from the same era refers to people who pursued their craving for pleasure amid turmoil.

How do you explain this kind of behaviour?

A plausible psychological explanation that always comes up is escapism: you try to flee your bleak day-to-day existence by devoting yourself to the pursuit of pleasure. Another point is the sense of relief felt after the end of a mortal threat like a war, once the fear has subsided. After the second world war, it wasn’t just the war that came to an end but also a regime that had suppressed or placed extreme restrictions upon the culture of enjoyment. Under National Socialism, the swing youth culture can be understood as a kind of opposition movement. After the war, they could indulge in dancing once more. That feeling of liberation from a nightmare – we don’t see that right now.

But surely, we’re seeing a kind of urgent escapism ...

... and a kind of recklessness – the feeling that you don’t really have to take the whole thing seriously. Despite all the drama, the pandemic isn’t a war. On top, we’re experiencing the prevention paradox: since the anti-corona measures have been effective, we don’t witness suffering, very few have died. That leads to a discrepancy between what we’re being told and our experience. As a result, some people claim the pandemic is fake, while others refuse to let it prevent them from partying.

Thousands of ravers gathered at Hasenheide – why so many in one heap?

It’s a kind of evasive manoeuvre. Because the usual places aren’t available, people look for an alternative. Then everyone goes there, crowds form, people are funnelled to particular hot spots. It was different after the war: back then, people began dancing just about everywhere. They played music in backyards. Cafés hosted bands again. The fun broke out like a wild growth throughout the thoroughly destroyed urban space.

Can we call what’s happening at Hasenheide “dance mania”?

That’s primarily a term used in discourse. How are these parties talked about in the press, in the political arena? After the wars you could have just said: it’s normal. People danced before the war. They’re glad it’s over so they’re dancing again. But the term “dance mania” pathologizes the phenomenon. It gets turned into a moralistic discourse that says: “That’s inappropriate behaviour.” After the first world war there was much talk about decadence. Morality and decency supposedly went down the drain because people were dancing on the graves of others. More than anything, we’re again seeing it being made into a moral issue. Think about the boat party in front of the Urban Hospital. People were partying outside, while inside the sick were fighting for their lives. Partying like this is really a kind of recklessness that endangers others.

Is the current wave of partying an expression of protest, of rebellion?

That needs to be investigated. Are the people that go to corona demonstrations the same as the people gathering at Hasenheide? I’m guessing that’s not the case. Are the people at Hasenheide corona deniers? Probably they’d say something like: it’s all true, but we’re young, it’s not that dangerous for us. Which wasn’t true for the world wars. Then it was about making up for the inability to protest the previous regime. The revellers stood for a new liberal spirit. So “dance mania” meant: we’re cracking open encrusted structures, going from the goose step to the shimmy as a dance of exaltation. In 1945 that was a lot stronger: the repression was followed by a new freedom – together with the Allied troops, at least in the West. In both cases, it happened with music and dance styles imported from the west – jazz and rock ‘n’ roll from America.

That’s also a phenomenon found in academic discourse, but you can easily read into observations at the time that people were acting out their lust for life.

Is there something special about the psyche of Berliners that makes them especially prone to partying?

No, but there are local forms, a special Berlin way of experiencing and describing fun. In the famous song “Bolle reiste jüngst zu Pfingsten” (Bolle latest trip was on whit Sunday), one recognises a typical Berlin character who defies life’s adversities and “still amuses themselves delightfully.” There’s no “Berliner” psyche, but certain narratives shape behaviour. Keep talking about what the Berliners are like and they actually start acting like that, as if that was exactly what a typical Berliner was like.

But there must be something special about Berlin, otherwise so many people wouldn’t come here to party.

Maybe it lies in the assumption of permission. People experience that more is permissible in Berlin than elsewhere. That has to do with Berlin’s administration, the way that we’re governed. You can count on there not being a crackdown.

Earlier you said that Berlin is still living on the spirit of the 1990s. Does that momentum result from a feeling of freedom that the Love Parade, club culture and everything else brought to expression?

A space of possibility opened in the absence of the collapsed regime in the eastern half of the city – the empty buildings, lots of space in the former death strip. It felt like a summer of anarchy. Old rules fell to the wayside, new ones didn’t exist. That might have been stronger than the sense of liberation. A lot of figures in the techno movement were West Germans.

Now spaces are closing. And climate change is showing us limits. What does this mean for Berlin, the nightlife HQ?

Certain societal sub-systems are becoming victims of their own success: the bigger the whole thing gets, the more it attracts a mass audience, the more it attracts investors. Commercialisation has killed off the improvisational character of nightlife culture. That’s the normal course of things. But it’s also about our whole western model of life. Maybe the lifestyle of the famous Easyjet generation, that got used to flying to Barcelona or Berlin for a weekend of fun, is changing.

Crises often give rise to something new, exciting. Have you noticed anything?

This doesn’t feel like a moment of innovation, like techno in the 1990s. The music scene seems fractured today. There isn’t one genre of music that you could call emblematic for our present time. Back then, techno was accepted as the music of the hour. Right now, I can’t identify a single cultural current that has a similar status.

Why is Merkel so mad at Berlin?

How the BVG strike affected us

Bad traffic jams but at least non-union buses and S-Bahns helped commuters get to work on Tuesday morning.

Dilber Dogan and her husband Gökhan are owners of a well-known Prenzlauer Berg takeaway offering classic German fare from Currywurst and chips to Schnitzel. They told us about the challenges they have faced during the pandemic – and staying afloat in one of Berlin's trendiest neighbourhoods.