The yellow star: made in Berlin

A million of the yellow patches were printed at Wallstraße 16 in 1941. The building had previously belonged to Jewish families.

Berlin - On the evening of 13 February 1945, when Dresden was in flames following the Allies' aerial bombardment, the German academic Victor Klemperer took advantage of the chaos to tear off his Jewish star, flee and thus escape imminent deportation. Klemperer and his wife wanted to make their way to the advancing Red Army. The Soviets had liberated the German death camp at Auschwitz on 27 January, about two weeks earlier. The Klemperers managed to stay alive by hiding in a village in Upper Lusatia.

Victor Klemperer had to wear the stigmatising patch and suffer its humiliating effects for three and a half years. When he found out on 19 September 1941 that he, like all Jews in the Third Reich with few exceptions, would have to wear a yellow Star of David, he wrote indignantly about the "yellow rags that still today signify plague and quarantine and that in the Middle Ages was the identifying colour of the Jews, the colour of envy and bile trampled into the blood, the colour of evil to be avoided". He considered perfidious the "black imprint 'Jew', the word framed by the lines of the two triangles pushed into each other, the word formed in thick block letters", because it simulated Hebrew characters.

The Jews were to be marked and isolated. The yellow star was one of the last stops on the path to the Holocaust.

In 1933, about 660,000 Jews lived in Germany. By October 1941, only about 163,000 remained. The others had been expelled or had been able to flee, largely deprived of their possessions. The majority of those who remained were old, weak and destitute. The yellow stars were intended for them. The stars were produced in Berlin - by a respectable company at a respectable address.

At Wallstraße 16, the fabric printing company Geitel & Co. Fahnenfabrik had been producing flags, pennants and patches in its 4,000 sq metres rented workshop space since 1938. In the 1920s, Geitel had already produced flags for the SPD in the corner building at Wallstraße 15/15a. When the flag-loving NSDAP - the Nazi Party - came to power in 1933, Geitel supplied swastika flags, Reich flags and decorative carpets with swastika squares.

So it hardly mattered when, in September 1941, the order came in to produce the yellow badges: within three weeks, almost 1 million Stars of David had been printed on yellow fabric, enough to issue four copies per person to those obliged to wear them. Geitel's company recorded a payment of 30,000 Reichsmarks for the job. The patches were dispatched in thick bundles. Apparently no repeat orders were received, as soon there would be no-one to wear them.

The dark secret of Wallstraße 16

Distribution was the responsibility of the Reich Association of Jews in Germany, a compulsory organisation. Their representatives had to purchase the stars for three pfennigs apiece and were forced to sell them for ten pfennigs each. The stars were to be cut out of the fabric along a printed black line and the protruding edge was to be folded over and sewn onto the clothing. The following instructions were issued: "The badges are always to be handled with care and worn in a clean condition".

The history of the building at Wallstraße 16 perfectly illustrates the Nazi strategy of disenfranchisement, robbery, expulsion and, finally, extermination of the Jewish population. In 1920, Jewish merchants Jakob Berglas (1884-1963) and his uncle Jakob Intrator (1875-1943) acquired the 1908 commercial building with four courtyards located not far from the textile quarter around Hausvogteiplatz. From October 1933, a mortgage of 31,905 Reichsmark was put on the building.

After 1933, the Jewish owners faced ever more discrimination in business. When a forced auction took place in 1938, a furniture factory from Birkenwerder placed the winning bid of 422,400 Reichsmarks. However, the proceeds were not given to the sellers, but pocketed by the Reich and the mortgage lenders. 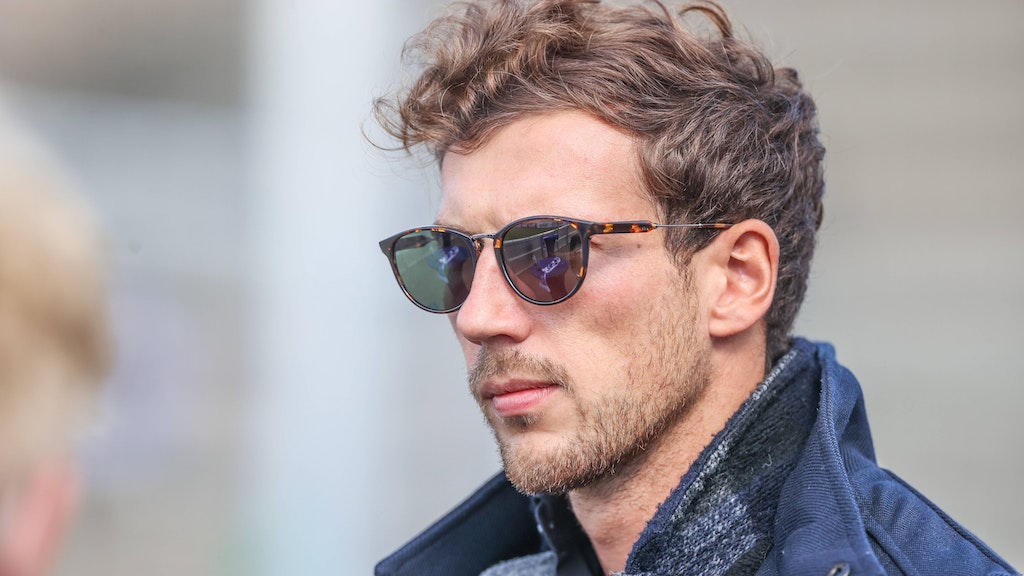 Jakob Intrator and his nephew Jakob Berglas had risen to become successful entrepreneurs in the 1920s and had established one of Germany's leading textile producers. The Berlin historian Benedikt Goebel, who has researched the history of the Intrator family, says that Berglas AG had a market share of 50 per cent of German textile production in the 1930s.

In December 1936, Jakob Intrator had to deposit 80,000 Reichsmarks with the tax office as security for the "Reich flight tax" which was levvied in the event of emigration - a quarter of his assets. It was not until the end of 1941 that Jakob and Rosa Intrator were able to flee by plane to Spain. In Portugal, they received a visa to enter Cuba in 1942. There they waited for over a year for permission to enter the United States.

Jakob Intrator died of heart failure the day after arriving in New York in April 1943. Jakob Berglas travelled to China in 1937 and made it to the US in 1941. Only very few members of the Intrator family survived the Holocaust. Since 2018, a memorial plaque at Wallstraße 16 has commemorated their fate.

The Wannsee Conference: On the path to the "Final Solution"

Three years before Jews were ordered to wear the yellow star, follow the Kristallnacht progroms in November 1938, Reinhard Heydrich, head of the Gestapo, had taken the initiative to further disenfranchise the German Jews. At that time, extermination was not yet being considered. The focus was on how to deprive Jews and expel them from Germany as quickly as possible.

At a conference on 12 November 1938 in the Reich Aviation Ministry, Hermann Göring's official residence on Wilhelmstraße, at which more than 100 ministers, state secretaries and senior civil servants were present, a general tightening of measures "to eliminate Jews from the economy" and consequent expropriation were decided.

According to the minutes of the meeting, Heydrich said: "Every Jew as defined by the Nuremberg Laws must wear a certain insignia." Enthusiastically, the chair of the conference, Göring, suggested a Jewish uniform, but Heydrich insisted on the simpler idea: "A badge". He rejected the idea of forcing Jews into ghettos in the German Reich as had been done in Poland, arguing that ghettos could not be monitored - but visible identification would make Jews identifiable everywhere. Adolf Hitler hesitated, however, fearing sanctions from abroad. That reason disappeared as the war progressed after 1939. 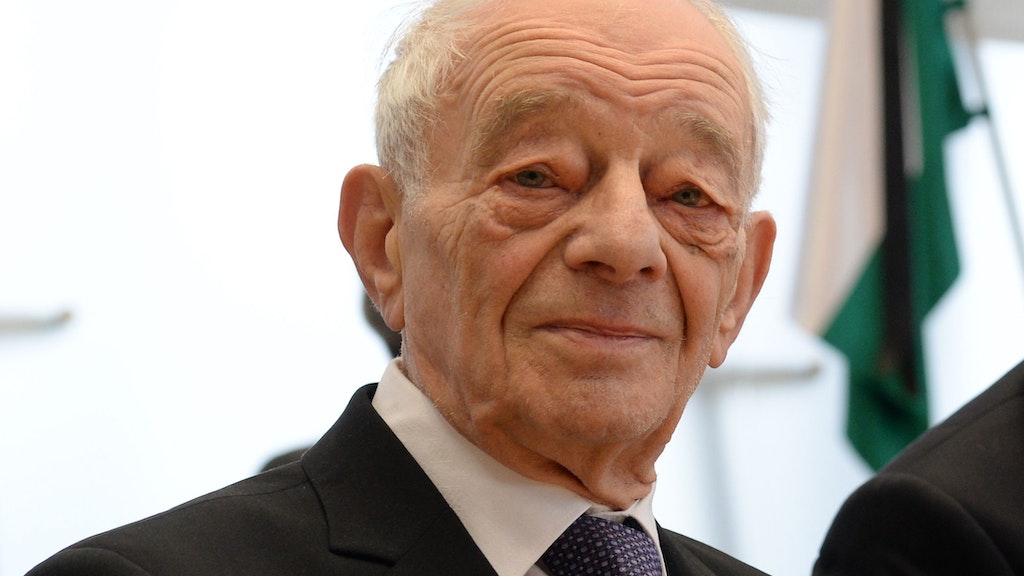 On 31 July 1941, Göring instructed Heydrich, who had meanwhile risen to head of the Reich Security Office, to orchestrate the "Final Solution of the Jewish Question" - with a clear intention of murdering millions. Labelling was back on the agenda. The yellow six-pointed star, as described by Victor Klemperer, came into general use. There were no protests by the population against the stigmatisation and the deportation of their neighbours that soon followed. Those affected reported at most individual expressions of sympathy.

The building in Wallstraße fell into ruin during the war. The Geitel flag factory resumed work at its new location in Berlin-Gesundbrunnen in 1948 and today produces what it has proven it can do under the name "BEST Berliner Stoffdruckerei GmbH Fahnenmanufaktur". Among other things, it produced the "Flag of Unity", which was hoisted in front of the Reichstag at midnight on 3 October 1990 to mark German reunification. People with a clear sense of German tradition at work.