Those who (don't) forget

Seventy-five years after the end of the Second World War, Germans continue to investigate the actions of their families under Hitler. 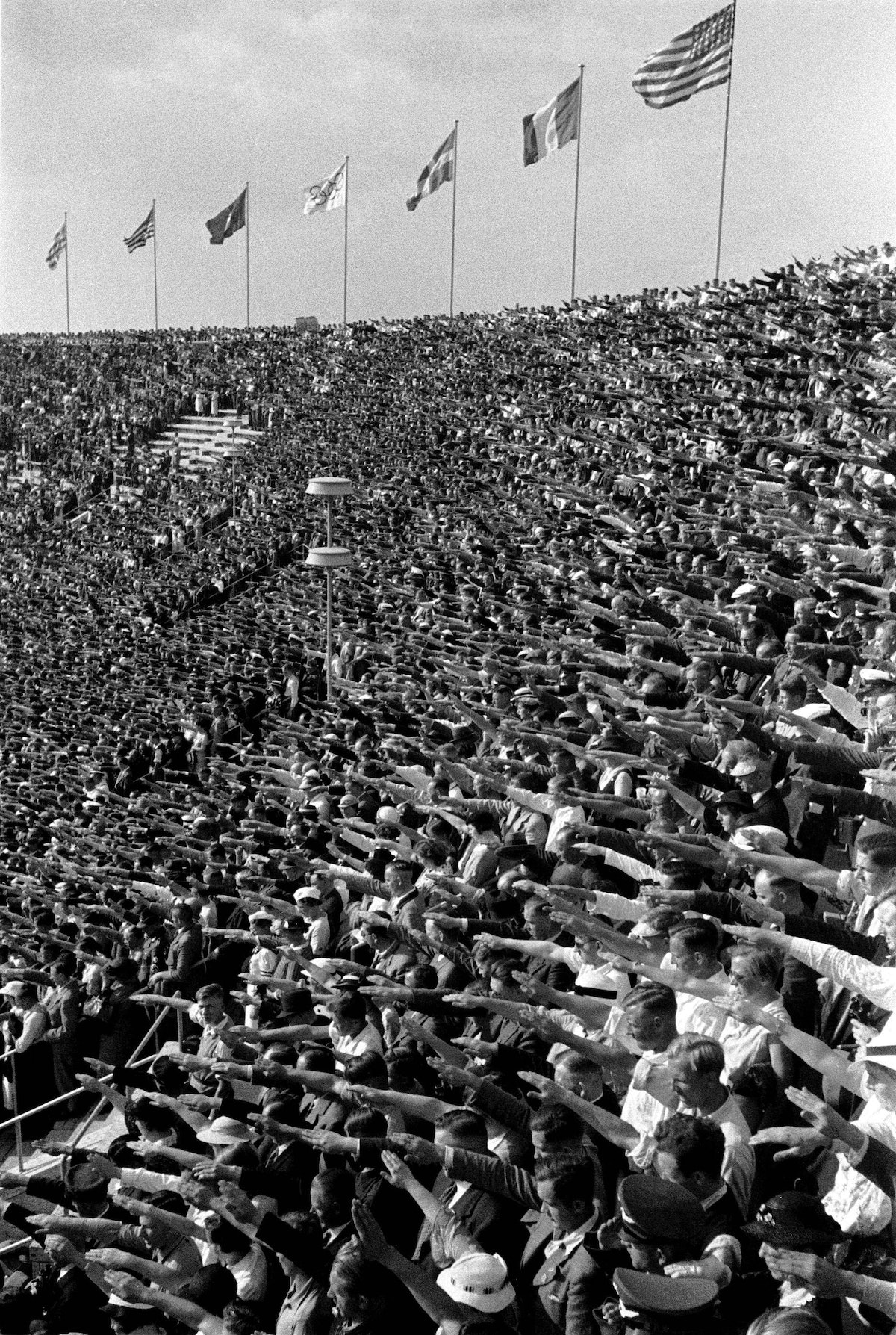 Berlin-Following the storming of the US Capitol by Trump supporters in January, Arnold Schwarzenegger released an extraordinary video comparing the assault to Kristallnacht, the coordinated attacks on Jews and Jewish institutions that took place on 9 November 1938 in both Germany and his native Austria. The former California governor has seldom talked about his father Gustav, a policeman who joined the Nazi Party in 1938. Schwarznegger said he grew up surrounded by men who drank away their “guilt over their participation in the most evil regime in history”. Evidently, to be the son of such a man remains a burden to Schwarzenegger.

Seventy-five years after the end of the Second World War, the 12-year Nazi dictatorship and the Holocaust haunts many Germans (and Austrians) and – unless the far-right Alternative für Deutschland (AfD) gets real power and has a chance to edit the history books and shrink the Nazi period into a bird-shit sized blip in history – it will continue to do so for generations.

Just last year, my one-year-old son's Danish grandfather said, flippantly, “He’s guilty of the Holocaust” – referring to his grandson. He quickly corrected himself: “Responsible for the Holocaust, in a way, because he’s a German.”

It was jarring to hear that said about a baby, a member of the fourth post-war generation. But I see his point. Still today, we Germans, even those who grew up outside of Germany, are “responsible” for the Holocaust in that we should be fully aware of what it was, its unique horrific qualities, its unimaginable scale and how it came to pass. Why? To ensure that nothing even close to the Final Solution ever happens on European soil again.

It is still our duty – to put it in somewhat grandiose terms – to act as guardians of the memory of that murderous, apocalyptic period of our history during which all ethical norms collapsed and barbarity was given free rein. Even as the last witnesses and survivors die and the period recedes into the distant past.

So how does one remember? How does one come to terms with one’s ancestors’ own role in Nazi Germany? A book I just finished lights the way.

The English translation of Those Who Forget came out last summer, a family memoir (originally published in French) by Berlin-based French-German journalist Géraldine Schwarz. In this fantastic book, she plumbs the depths of her family's complicity.

Géraldine Schwarz
is a German-French journalist, author and documentary filmmaker based in Berlin. Those Who Forget, an account of her family’s complicity with fascism, is her first book. It has been translated into eight languages and won the European Book Prize 2018, the Winfried Preis and the Nord-Sud Prize. The book is published by Pushkin Press in the UK and Simon and Schuster in the US.

While rummaging in the basement of a building in Mannheim that belongs to her German family, Schwarz came across a host of files that had belonged to her deceased Opa, Karl Schwarz. Through her exegesis of piles of letters and business records, supplemented by talks with surviving relatives, Schwarz was able to paint a sketch of her grandparents’ lives in the 1930s, 1940s and the post-war period.

It is a determined act of family archaeology. Her reading of these dusty old documents gradually reveals extremely detailed information about the relationship between Karl and the Jewish businessman from whom he bought a small oil company during the Aryanisation of businesses pushed by the Nazis – under which Jews were forced to sell their companies at bargain-basement prices. New questions arose. How much did her grandfather unfairly profit from Nazi policy? How shady was the deal? What happened to the Jewish family? How were they compensated after the war?

Later in the book, she delves into how her French family might have acted in Vichy France – revealing how far behind Germany's neighbour has been in honestly acknowledging its complicity in the crimes of the Nazis, i.e. active French participation in the rounding up and deportation of French Jews. The shift of perspective reminds us that this work is bigger than Germany alone, it's about the future of Europe.

Central to remembrance is, I think, the question of “How much did they know?” Over the years it’s something I have asked myself again and again. As Daniel Goldhagen pointed out in painstaking detail in his 1996 book Hitler's Willing Executioners: Ordinary Germans and the Holocaust, “normal people” must have had an inkling of what fate awaited German Jews – even though they by and large denied they knew anything afterwards.

So what did Oma and Opa know, exactly? What did they see? In her attempt to gain some sort of clarity over these questions, Schwarz zeroes in on a single day, which embodies ordinary Germans’ tendency to look away from the horrors being committed in their name: 22 October 1940, when 2,000 Jewish Mannheimers were rounded up for deportation in plain daylight, with some bystanders openly applauding. Schwartz’s speculative portrayal about what might have been going through her grandparents' heads sent chills down my back:

I don’t know if my grandparents saw the Jews being led to the rallying points, then to the station, but when Karl Schwarz went to work that morning, when he stepped out for lunch, and when Lydia went out to take her little four-year-old girl for a stroll, didn’t they feel the tension in the air, that heaviness on the faces of passersby, who were more hurried than usual? In the evening, didn’t they talk about the roundup over dinner or with their neighbours on Chamissostraße? Didn’t it come up the next morning with colleagues, shopkeepers, or friends? This episode probably passed in silence, like a bad dream you forget moments after you wake.

There you have it. That so perfectly captures the unease, the uncertainty and the missing knowledge that can still afflict Germans born long after the war, people who still harbour gnawing thoughts about what their family members – people they knew as harmless, nice grandparents – knew or didn’t know; and if they knew, how they most likely failed to act upon their knowledge.

I was well into my twenties when my grandparents died. I wish I had pushed them to talk about what they’d gone through – beyond the creepily sanitised war stories. Beyond my mother’s father’s oft-repeated story of how he escaped from a British POW camp in North Africa. When he attempted to write a memoir, he omitted huge swathes of his war experience, namely the months and years he spent on the Eastern front taking part in Germany’s assault on the Soviet Union. Who knows what brutality he witnessed or committed there.

Then there was my father’s mother’s tale of how, as a schoolgirl, she shook Hitler’s hand during an autobahn-opening ceremony and how she and her friends didn’t wash their hands for a week afterwards. Countless times she said the war “was so exciting” and that people today, with their luxury complaints, were just wimps and had experienced nothing in life. Never once did she acknowledge her own complicity or express remorse. And, no, she hadn't known anything about the Jews.

In my family, there’s no basement of documents waiting to be sifted through. There are maybe a few geriatric aunts and uncles spread across Germany and the world who could be contacted and interviewed for scraps of information about the nebulous lives of my grandparents, people I now realise I never really knew as anything other than strange old German people with very selective memories. But I probably won't because I am too busy, too preoccupied with everything else happening in my life and in the world.

Géraldine Schwarz is the latest in a long line of writers who have done that work for us Germans – for the children of Germans. Her family stands in for ours. As we accompany her on her careful research, as we follow her train of thought, as she leads us through the labyrinth of memory and remembrance, a bit more light is shed on our own heritage.