A blogger in 2013 questioned whether Hertha's parents were related. The then-director ignored the warnings.

Berlin - The news earlier this year that one of the city's youngest polar bears was the result of inbreeding came as a shock. A surprise exacerbated by the fact that Hertha now can't have her own offspring and contribute to the preservation of her endangered species. Even worse: The mistake could easily have been prevented.

Eight years ago Ulrike Joerres, a zoo blogger who lives in Düren near Cologne, discovered inconsistencies in breeding books indicating that a mix-up in a Moscow zoo might mean Hertha's parents Tonja and Wolodja were siblings. So why didn't Berlin Zoo management take a closer look?

The 68-year-old blogger wonders as well. Knut, the loveable polar bear that shone a global spotlight on the Berlin Zoo years ago, first piqued Joerres' interest in bear geneaology and she has been tracking every polar bear in a European zoo for more than a decade.

"Tonja was assigned the wrong parents after her birth in 2009 at the Moscow Zoo. That didn't have to become a problem. After all, she was originally intended as a bride for Knut," Joerres says. But Tonja arrived in Berlin in August 2011, five months after Knut's death from a rare virus. With her first husband dead, the European Endangered Species Breeding Programme (EEP) began looking for a new mate and landed on Wolodja.

The new mate was two years younger and, like Tonja, was born at the Moscow Zoo. He was moved to Berlin in the summer of 2013.

Joerres began looking at the bears' family trees using studbook entries - she has amassed an impressive collection of zoo contacts since starting her hobby.

"In them, two polar bear pairs are listed for the Moscow Zoo that had offspring almost simultaneously in November 2009," Joerres said. One pair, Murma and Untay, fathered a female, number 2916. The number would eventually be assigned to Tonja. The second couple, Simona and Vrangel, the future parents of Wolodja, had female twins with studbook numbers 2917 and 2918.

But Joerres became suspicious when she discovered two entries for cub number 2916. According to the books, bear 2916 was moved to both Beijing in January 2011 and Tierpark Berlin as Tonja in the summer of 2011 via Zoo Rostow.

"I suspected that they had mixed up the young animals in the entries. It was only logical that Tonja might actually be the daughter of Simona and Vrangel, and thus a sister of Volodya," she said.

Joerres blogged her suspicions in August 2013 in an attempt to warn the Berlin zoo against mating Volodja with Tonja. Her post caused quite a stir among animal welfare groups. Without naming the source of their findings, they accused Berlin Zoo boss Bernhard Blaszkiewitz of wanting to breed a new polar bear to attract media attention, and taking inbreeding for granted in the process.

"Blaszkiewitz was no stranger to the subject of inbreeding at the time," James Brückner, head of the German Animal Welfare Association, says today. "The lions then at the zoo had produced cubs through inbreeding who often didn't survive. Systematic inbreeding creates high mortality in cubs, and you have to expect diseases or genetic defects in the offspring."

It took time for Blaszkiewitz to respond to the accusations. One day before Volodya's presentation, he announced in August 2013 that the polar bear was not a brother of Tonja. According to Blaszkiewitz, her family tree was clear in her papers and Joerres, despite having discovered the inaccuracies, believed him.

"After all, I couldn't provide any scientific proof for my suspicions," she says. "The zoo could would have been able to do that."

Russian biologist Marina Galeshchuk, the current head of the EEP, this year stumbled across the same inconsistencies as Joerres in Tonja's studbook. Joerres says that this time Blaskiewitz' replacement as zoo director, Andreas Knieriem, followed up on the biologist's tip and ordered a genetic analysis of Tonja.

"He deserves a lot of credit for publicising the result that Tonja and Wolodja are indeed siblings and that Hertha is the result of inbreeding," she says.

So why didn't the zoo conduct a genetic analysis in 2013? Because more trust was placed in the documentation from Moscow Zoo, the EEP recommendations based on them, and the animal transport papers.

"These are official documents, similar to a passport," a zoo spokesperson says.  There had been no reason to doubt them, she says. The case illustrates "how important it is that we perform our work in the future in all areas increasingly on a scientific basis." 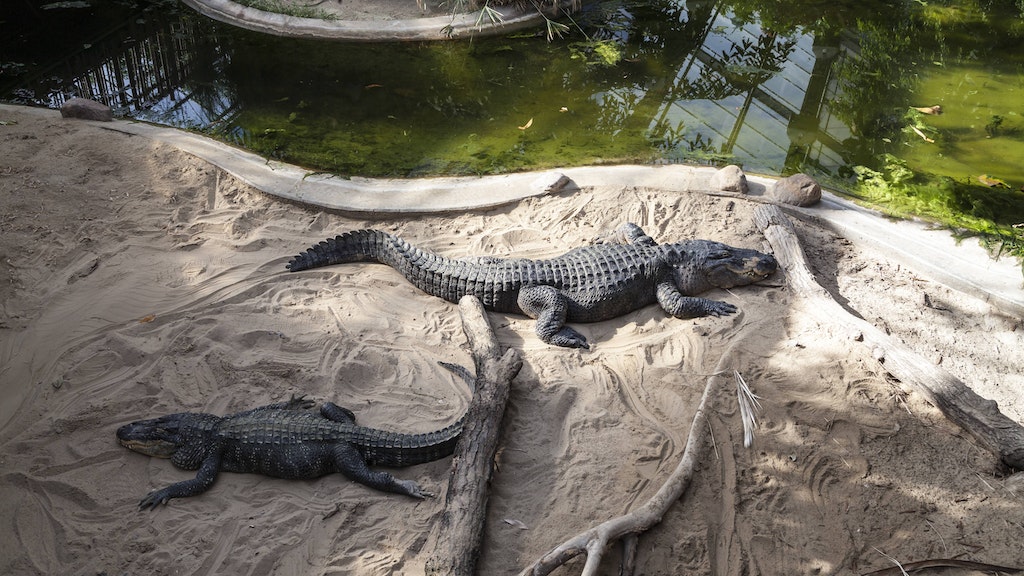