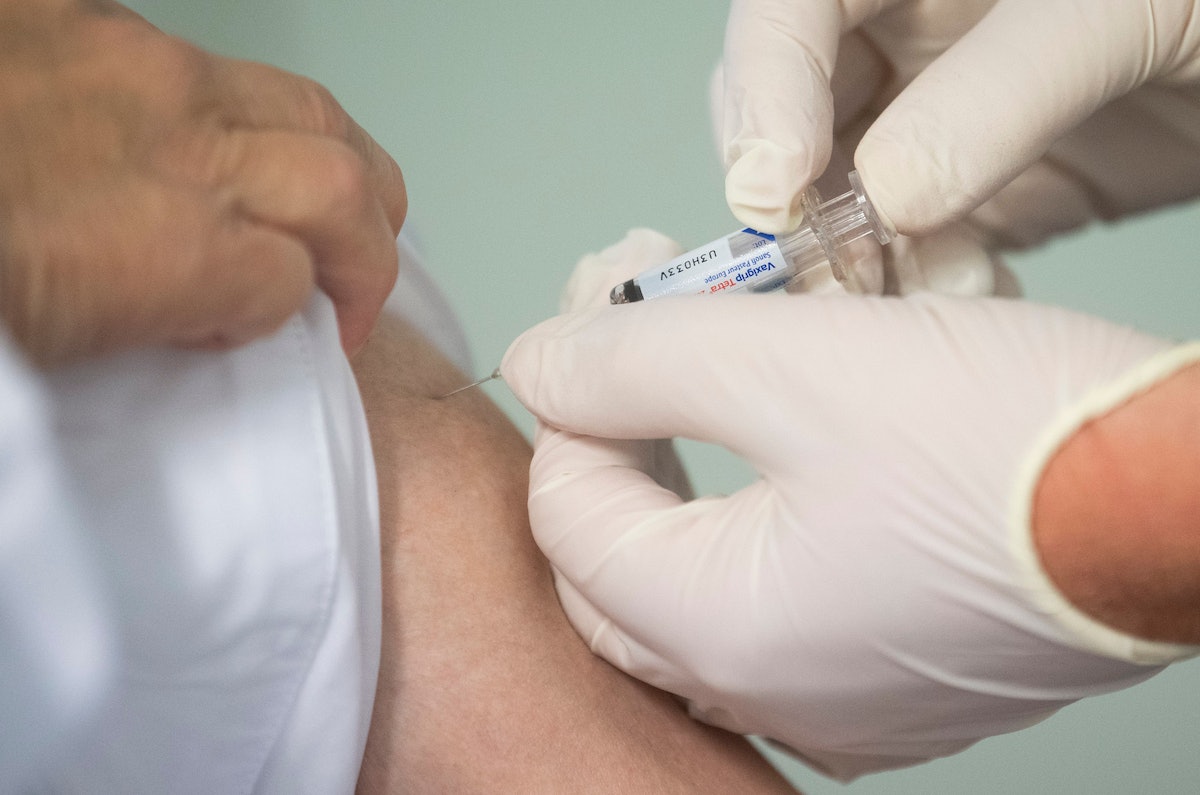 All I want for Christmas is a corona vaccine.dpa

Berlin-Every weekday at 11am come to the Berliner Zeitung English Edition for the latest corona/Covid-19 news at a glance.

News of a potential corona vaccine has got everyone seeing the light at the end of the tunnel - and Berlin bosses are already making plans to roll out the jab. Mayor Michael Müller has confirmed that once a vaccine is widely available, a prioritised list will determine who gets immunised first. He told political talk show host Markus Lanz that people in high risk groups and key workers including doctors, police officers and firefighters would be top of the list.

The Senat says this could see 400,000 Berliners immunised in the vaccine's first phase. And it might all happen sooner than we think. In more encouraging news, Müller said Berlin would have a system to immunise 20,000 people a day as soon as December across six sites. However, he said it was still important to stick to the current corona rules.

Germany's current lockdown light has left schools open - but the head of the national teachers' association, Heinz-Peter Meidinger, says a growing number are going into another form of lockdown anyway. Infections are rising among pupils and staff - 300,000 pupils are currently in quarantine compared to 50,000 in September, as well as 30,000 teachers. Schools are experiencing an increasing "salami lockdown": a gradual closing of individual schools, just like you'd cut thin slices off a salami sausage.

Meidinger still wants to avoid a total closure of schools, but says this can only be done with extra safety measures. He says this would mean compulsory masks and reintroducing social distancing rules which would mean splitting up classes.

To all our misery, restaurants, pubs and bars have been among the first - and worst - hit by corona. But the Robert Koch Institute is conducting a study to answer some much-disputed questions: do these places present a higher risk of catching corona, and does it make a difference whether you meet with friends inside or outside? The study has been running since early November and is asking adults who've already had corona (but didn't catch it as part of a localised outbreak) about their activities in the 10 days before they tested positive. Research will continue until the spring - but could the results see our locals open their doors once again? We hope so.

Sad news for all festive fans - the Lucia Christmas market in Prenzlauer Berg's Kulturbrauerei has joined the unfortunate list of those that won't be happening this year. It's the fifth to be cancelled so far, with organisers saying they couldn't work with the possibility of additional corona restrictions. However, there are still hopes that markets in some of Berlin's larger spaces - like at the Kaiser-Wilhelm-Gedächtniskirche or on Alexanderplatz - could take place with rules like compulsory masks. We know what we'll be asking Santa for this year.

Berlin's former Tempelhof airport is being considered as a location for corona immunisation. But it's also the potential site of a museum and memorial to the 1977 Landshut hijacking. Read our breakdown of the situation here.