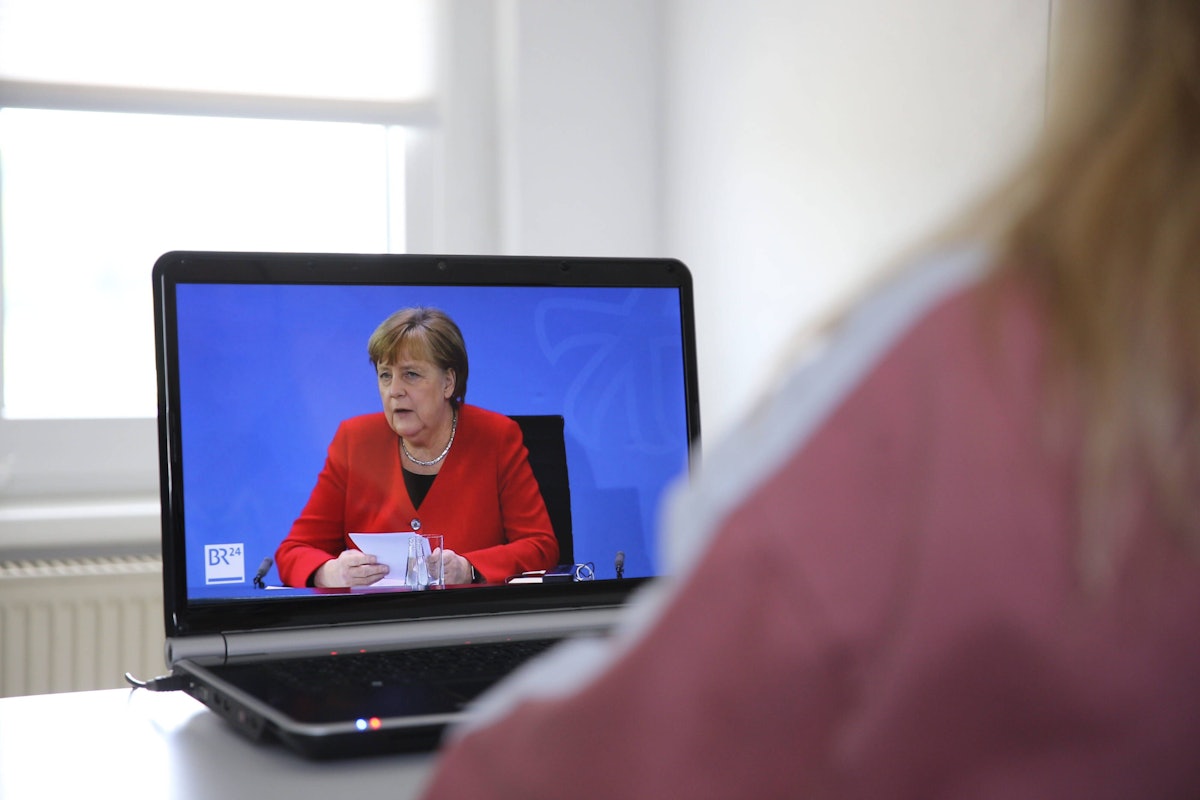 POV: you're the head of one of Germany's federal states and you're about to talk to Merkel about how lockdown's going.Imago Images

As we reach the halfway point in Germany's November lockdown, chancellor Merkel is preparing for an online meeting today with the heads of the country's 16 states to discuss how things are going. We won't know the official outcome until later, but insiders have shared details of what extra restrictions we can expect soon:

Last orders at the whiteboard

Government finance minister Peter Altmaier (CDU) has some creative ideas about how to keep schools open despite corona - he has suggested using empty cultural and community centres as well as rooms in hotels, restaurants and pubs as classroom alternatives. Some think it's a good idea - like Thomas Lengefelder, head of the German Hotel and Restaurant Association - but others aren't so sure. Norman Heise, the head of Berlin's parents committee, said he thought the idea was "questionable" because of a lack of specialised rooms. Marianne Burkert-Eulitz, the Berlin Greens' spokesperson for education, said that while the idea was good in principle, key questions about financing remained. Berlin's education minister Sandra Scheeres (SPD) has yet to take a side.

An investigation is underway to identify the cause of a corona outbreak at a care home in Lichtenberg which has seen 47 infected and 12 dead. The home is currently closed to visitors and some of its elderly residents were evacuated to other facilities on Friday to protect them from the virus and reduce the strain on remaining staff. A report due this week is set to examine whether corona safety regulations were properly followed - local health boss Martin Schaefer (CDU) said there was evidence that care home staff came to work despite having virus symptoms.

It took a global pandemic for us to stop talking about Brexit, but with the end of the year fast approaching, here's our guide on what's set to change for Brits in Berlin.