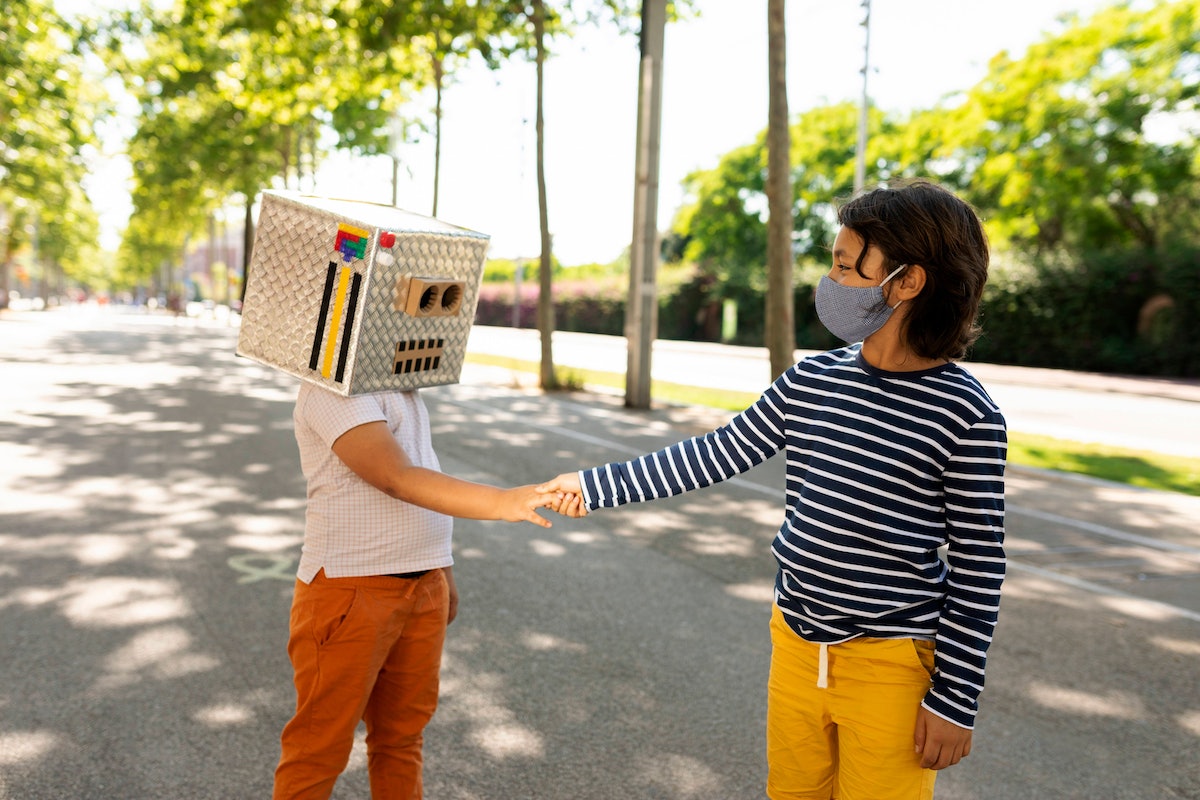 Sorry kids, this might be how you have to meet your one friend for a while.Photo: Imago Images/Valentina Barreto

Did AfD MPs let corona protesters into the Bundestag?

Yesterday saw around 10,000 "corona sceptics" protesting in Berlin against legal updates supporting the latest pandemic regulations - and now accusations are flying that members of the rightwing AfD party helped demonstrators get into the Reichstag to harrass Bundestag MPs. Katrin Göring-Eckardt, leader of the Greens' parliamentary group, accused AfD members of "attacking our parliamentary democracy" and acting as "stirrup-holders for democracy destroyers" by allegedly granting access to demonstrators who confronted individual members as they headed to vote on the amendments to Germany's Infection Protection Act (including finance minister Peter Altmaier, CDU, as shown in the video below). Michael Grosse-Brömer, leader of the CDU/CSU parliamentary group, said this was "no trivial offence" and called for punishments. The AfD says it has no knowledge of members helping unauthorised people enter the Bundestag. The allegations will now be dealt with by the Bundestag's Council of Elders.

Experts have warned against a proposed anti-corona measure that would require kids to pick just one friend to hang out with outside of school. Heinz Hilger, president of the German Child Protection Agency, says there is no good reason to force children to choose between their friends. "It would result in tearful rejections - that's ruthless," he said. Thomas Fischbach, president of the Professional Association of Child and Youth Doctors, said the measure would be "excessive and damaging" for children under 10, who are proven to pass on the virus at a lower rate. However, he said the rule would make sense for "young people" who can be just as infectious as adults. The rule was recommended by Chancellor Merkel and the heads of Germany's states after their meeting on Monday - but some suspect it could be elevated to an official regulation by their next meeting in a week's time.

It's hard to imagine Sylvester (NYE) in Berlin without them, but calls are growing to ban fireworks from this year's festivities - you guessed it, because of corona. Police union chief Rainer Wendt said fireworks just encourage too much socialising and fun for a global pandemic. Berlin's Greens have also called for fireworks to be banned alongside big New Year parties, echoing the Netherlands' approach of completely banning New Year fireworks to reduce strain on medical and emergency services.

We hate to be the bearers of more bad corona news, but the pandemic's devastating impact is now bringing the end of an era with the closure of American public radio station KCRW Berlin next month. Read all about it here.