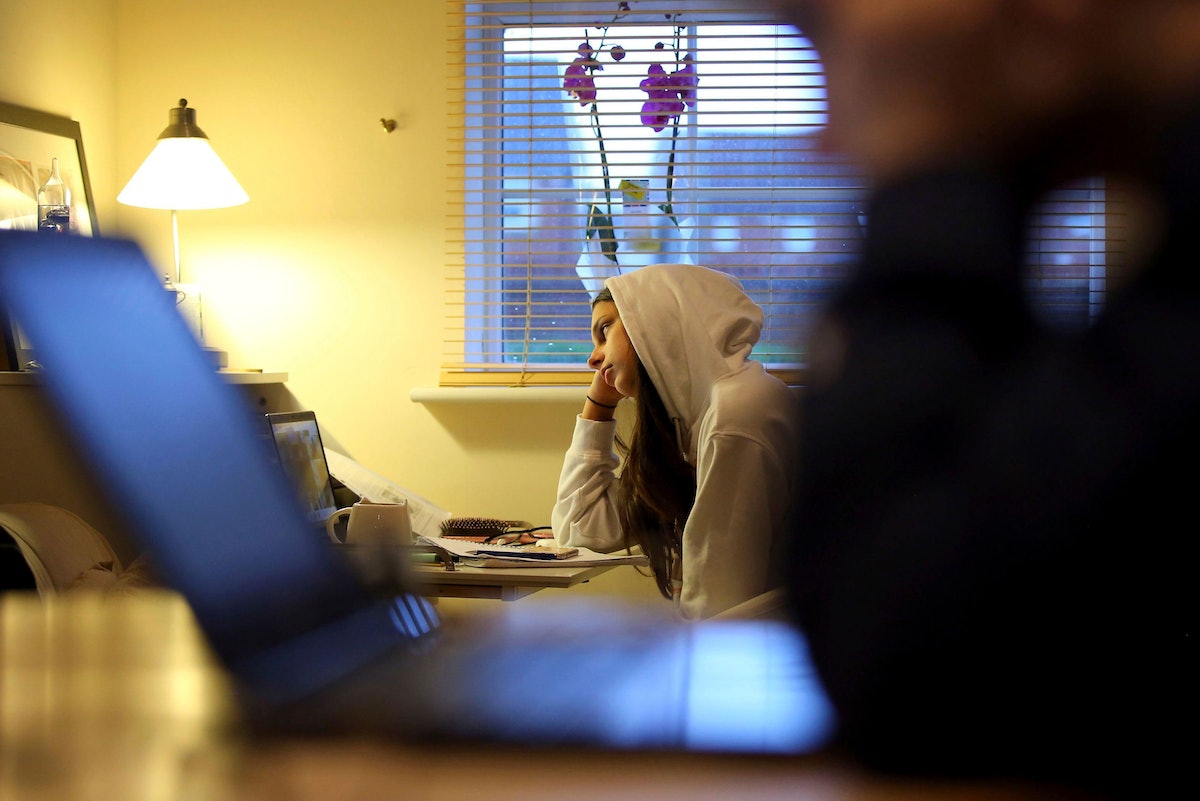 School's out for... home learning.
Gareth Fuller/PA via AP

Berlin's Senat met yesterday to approve the extension of Germany's national lockdown, as well as the extra restrictions agreed by the government and 16 states. Berlin is one of several states which will introduce the new rules from Sunday, rather than Monday as was agreed at Merkel's last conference with the state premiers. Another important difference for Berlin: children aged 12 and under with single parents will be exempt from rules limiting contact to just one extra person outside their household.

Another corona-related debate will be held in Berlin's Abgeordnetenhaus today - this time vaccine supplies are on the agenda. The ruling red-red-green coalition (SPD, Die Linke, Die Grüne) has tabled a motion which would demand Germany's federal government ramp up vaccine production and enable rapid testing for all. It follows the European Medicines Agency's approval yesterday of the Moderna vaccine - although politicians have again been accused of under-ordering the jab, with just 2 million doses expected to be delivered to Germany in the first quarter of this year.

Health minister Jens Spahn (CDU) has defended the rollout of the vaccine, saying the supply issues are in production, not delivery. "We have always said that the vaccine would be in short supply in the beginning," he added. He said by summer, Germany will have enough doses for people to choose which vaccine they receive.

Police in Bavaria broke up a convoy of eight vehicles draped with anti-corona flags and signs which were crawling along the autobahn between Erlangen and Nuremberg, preventing other traffic behind them from passing. Another five vehicles kitted out in the same way were later found in a Fürth car park. Officers have now opened investigations into offences including coercion and endangering traffic, as well as breaching Covid assembly laws. The original eight vehicles involved in the protest were confiscated.

Some welcome good news - Berlin has recorded a significant drop in air pollution, and it's thought to be thanks to anti-pollution changes made by our neighbour, Poland. Dziękuję!