Tone-deaf German TV and other news

One more time, a shameful incident had many complaining about the crappy broadcasting we're all forced to pay for. 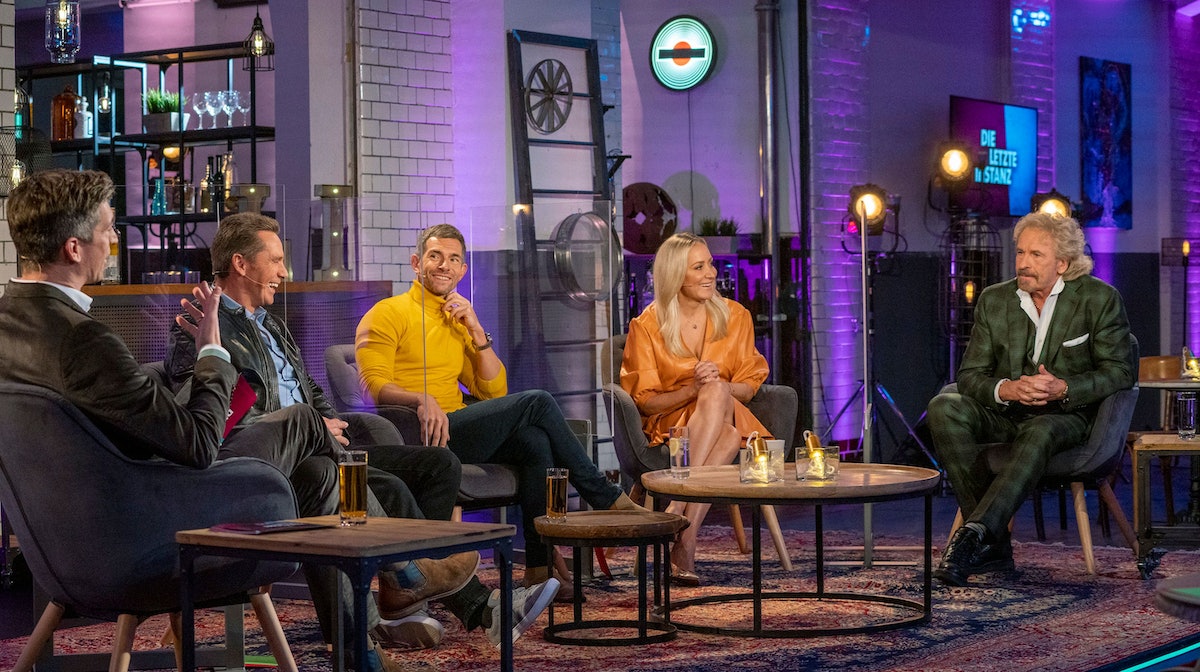 Berlin-Last weekend a shitstorm erupted on German – and expat – Twitter over a discussion about “gypsy sauce” on chat show Die letzte Instanz on German public TV channel WDR. Two guests on an all-white panel of TV personalities made racist remarks when asked about if we can still call a popular tangy condiment Zigeunersoße.

Actress Janine Kunze said the German Council of Roma and Sinti had nothing better to do than sit around and think up such politically correct things. She also said, as a blonde woman, she knew all about discrimination.

Seventy-year-old, mullet-wearing entertainer Thomas Gottschalk said he knew what it felt like to experience racism as a Black person since he once dressed up as Jimi Hendrix (in blackface, naturally) at an all-white party in Beverly Hills.

It’s hard to know who’s more tone-deaf – these two clowns or whichever producer decided to re-heat the sauce-naming discussion without inviting a single member of the Roma or Sinti community.

The shitstorm came on the heels of numerous others – like in November when 60-year-old TV comic Dieter Nuhr blundered his way through a rant about Alice Hasters' book, Was weiße Menschen nicht über Rassismus hören wollen, aber wissen sollten (What white people should know about racism but don’t want to hear) – saying the title was racist towards white people. That didn’t go down well on Twitter.

These embarassments blow over quickly and someone may or may not learn from them. Probably not. Either way, they’re two more nails in the coffin of people’s trust in German public broadcasting.

Foreign residents love to hate the obligatory monthly €17.50 German license fee or Rundfunkbeitrag that pays for this stuff. Understandably. Why should we have to pay for something we never watch: schmaltzy dramas like Der Bergdoktor or Das Traumschiff or so-bad-they’re-almost-good Schlager shows like ZDF Fernsehgarten or Schlager-Spaß mit Andy Borg on ARD? Or something that keeps offering a platform for out-of-touch has-beens like Nuhr and Gottschalk?

Millions out of the €2 billion public broadcast pot is ploughed into this garbage. Millions more are spent on the TV rights to sporting events. All of the above could easily be covered by private stations.

I’ve always defended the Rundfunkbeitrag. Some of it goes to funding journalism. Investigations on government and corporate corruption, Nazis in the AfD, or incompetence in the police. The sort of stuff private media can’t often afford to finance.

And because they don't always care for what those investigations reveal, the AfD and their brethren even further to the right call TV channels like ZDF and ARD “state media” who peddle whatever Merkel wants them to. In a 2018 survey, 80 per cent of AfD supporters wanted Germany’s public media shut down – compared to 39 per cent of the overall population.

But other segments of society also have little use for öffentlich-rechtlichen Rundfunk: such as young people (under 50s!) and immigrant communities.

Maybe what’s required is a changing of the guard. Not to be ageist, but why can’t Gottschalk and his ilk just be nudged into retirement?

Speaking of German TV and speaking of tone-deaf, in a rare televised interview on Tuesday night, Angela Merkel went on ARD to defend her government’s chaotic vaccination strategy, telling the interviewer "on the whole, nothing has gone wrong," which is a pretty cheeky thing to say considering the pathetic state of affairs.

Earlier in the day, the vaccine summit with pharma companies yielded a vague promise that everyone in Germany who wanted to get a corona jab would be able to by the end of the summer. But little more.

And so it seems that our leader of 16 years – praised abroad for her steady hand in the crisis – is beginning to falter. In an interesting article titled Merkel’s Hand Prints Are All Over Germany’s Vaccine Failings, Bloomberg lays out the evidence.

With lockdown dragging on, it's important to keep an eye on the big picture. Michael Maier's long-read interview with lawyer Heribert Prantl on the erosion of fundamental rights in Germany during the pandemic has proved popular with readers around the world. Another reminder that Merkel's leadership style is beginning to lose its sheen.

Corona continues to disrupt the disruptors - namely Berlin's start-up scene. In the latest tech bloodbath, reservations platform Quandoo, hurting from the shutdown of restaurants, has laid off a fifth of its staff.

At the English Edition, we took occasional breaks from the unrelenting Covid news. In her piece on the revamped Ausländerbehörde, or Landesamt für Einwanderung, Elizabeth Rushton asks whether Berlin's much-hated immigration office really has turned a new leaf.

In our reporting, we saw glimmers of hope, or at least signs of human decency. Unperturbed by corona, Berlin start-up Made of Air is purring along in its efforts to produce a revolutionary carbon-negative plastic that can be used for everything from buildings to sunglasses.

On a different note, showing that Berliners continue to want to make a difference even in the middle of the pandemic, local activists have built a food truck to help feed refugees stuck on the fringes of Europe.

Real people, doing real things - a world apart from the hollow characters on our TV screens.